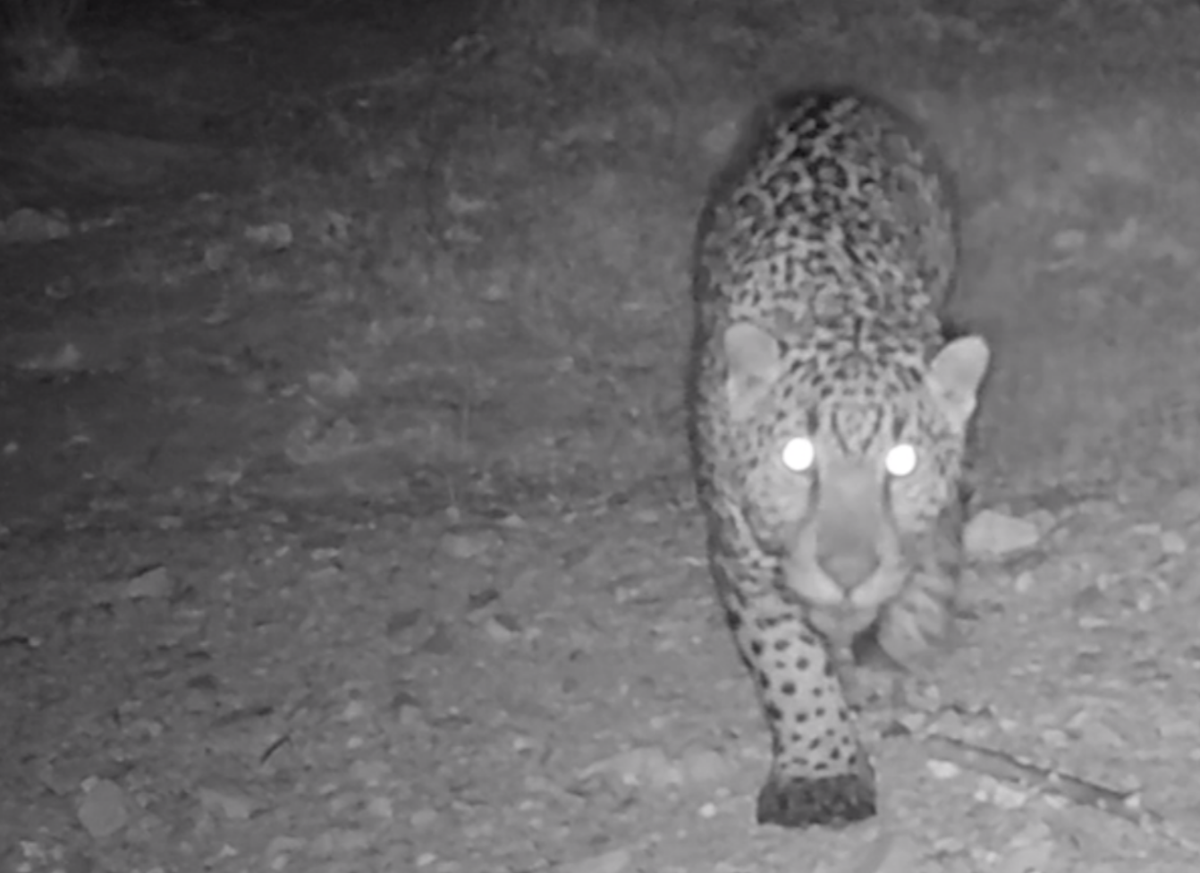 A screen shot shows El Bonito, the jaguar recorded in the Sonoran borderlands between Mexico and the United States in January 2021. 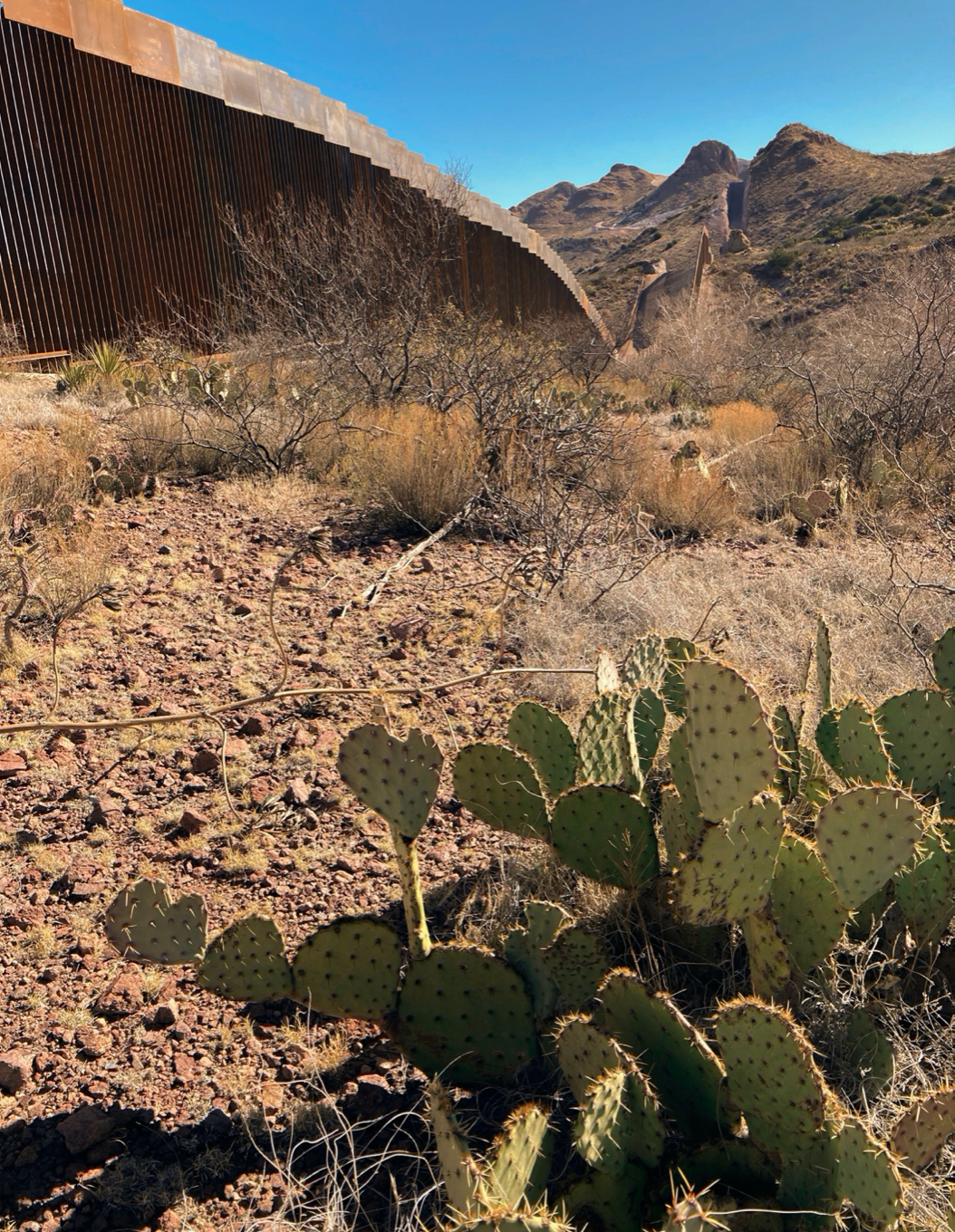 A photo taken Feb. 23, 2021, shows the easternmost section of the border wall constructed in Arizona which crosses the Guadalupe Canyon near where the jaguar was recorded.

A screen shot shows El Bonito, the jaguar recorded in the Sonoran borderlands between Mexico and the United States in January 2021.

A photo taken Feb. 23, 2021, shows the easternmost section of the border wall constructed in Arizona which crosses the Guadalupe Canyon near where the jaguar was recorded.

Last month, our research team released the footage of a jaguar we detected just three miles from the borderlands between Mexico and the United States. The juvenile male jaguar could be one of the first jaguars in this region that will face the border wall. Researchers, advocates and members of the general public who are excited to have jaguars again in the United States should not forget why it is important to have jaguars roaming in the borderlands.

In 1963, the last jaguar female was killed by hunters in the White Mountains. That was the same year John F. Kennedy was killed – an event remembered by many Americans. However, the Southwest has forgotten that jaguars used to inhabit the region as far north as the Grand Canyon.

It is easy to overlook the existence of a cryptic species that is shy with humans – a species that lives far away in the mountains and remote washes. But today, as our cities continue to grow and the expansion of our human footprint does not recede, we have to make choices about the last wilderness patches and corridors for wildlife.

In the western border between United States and Mexico, a border wall was constructed by the last four U.S. administrations. More than 2,500 scientists endorsed an article in the journal BioScience estimating that 346 terrestrial and freshwater species would be affected by the border wall construction, including the jaguar.

We named the jaguar El Bonito, honoring the stream Cajon Bonito, where the cat was recorded. We did this to highlight the real success behind this story: conservation of the environment that supports the jaguar.

Cuenca Los Ojos, the foundation that manages the land where the jaguar was seen, has been doing restoration and conservation work for three decades on a tract of land encompassing almost 130,000 acres in the northeastern corner of Sonora. With water available and forest cover along the stream, Cajon Bonito supports a healthy ecosystem where jaguars could persist.

People are often surprised when they learn that jaguars exist in Sonora and Arizona. The association of jaguars with rain forests seems natural, but there is jaguar habitat in the United States. The last report by the U.S. Fish and Wildlife Service recovery plan for jaguars published in 2018, noted that the northern limit of jaguar habitat in the United States is Interstate 10 in Arizona. However, a recent article published in the scientific journal Oryx shows that north I-10 contains more jaguar-friendly habitat than recognized before. The closest female, however, is still south of the border in Mexico and reproductive females are the main pillar of any successful wildlife population.

This is why the El Bonito sighting is encouraging, because he is a juvenile and his mother should not be far. After the extirpation of jaguars in the United States, natural recolonization could occur soon.

Jaguars are considered an umbrella species because by protecting jaguars we are protecting additional species as well as many ecological resources that are present in jaguar habitat. In the borderlands, habitat connectivity is what we need to ensure the long-term survival of black bears, pumas, ocelots and bobcats in both the United States and in Mexico. These species might not be the main stars of our media, but they play an invaluable ecological role in the region. Jaguars in the borderlands have become a precursor of something greater: conservation of the last wildlife habitats in the Southwest with all their diversity.

What does the Green Valley/Sahuarita area need next?