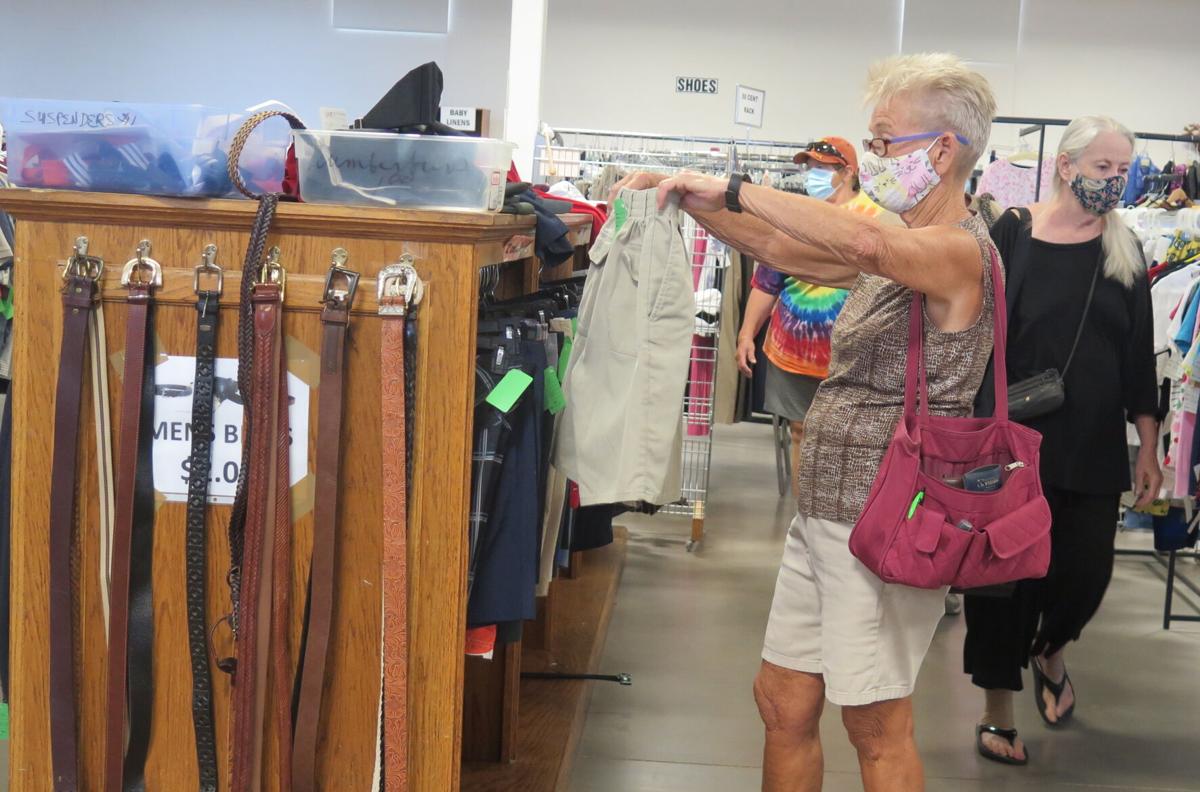 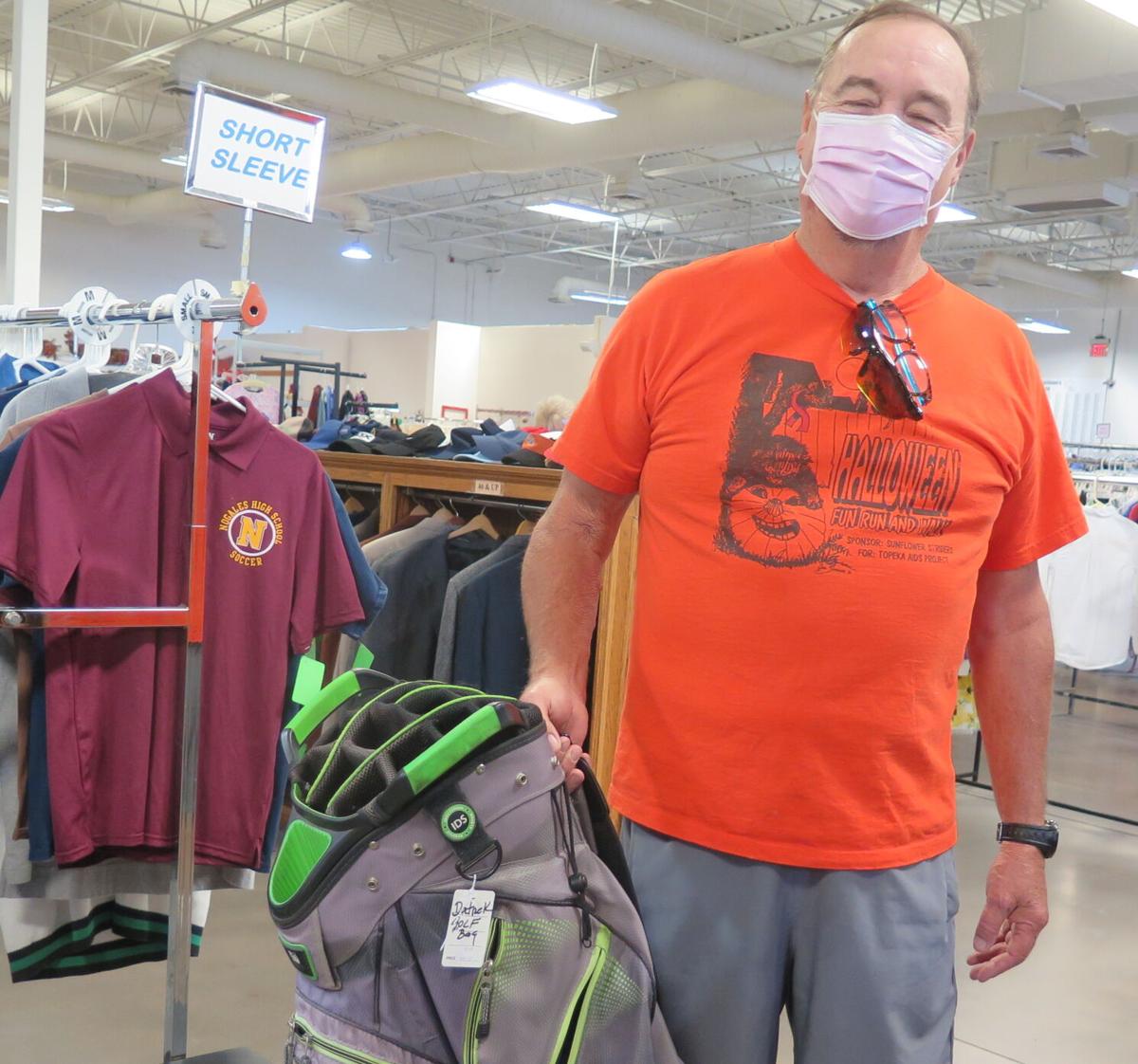 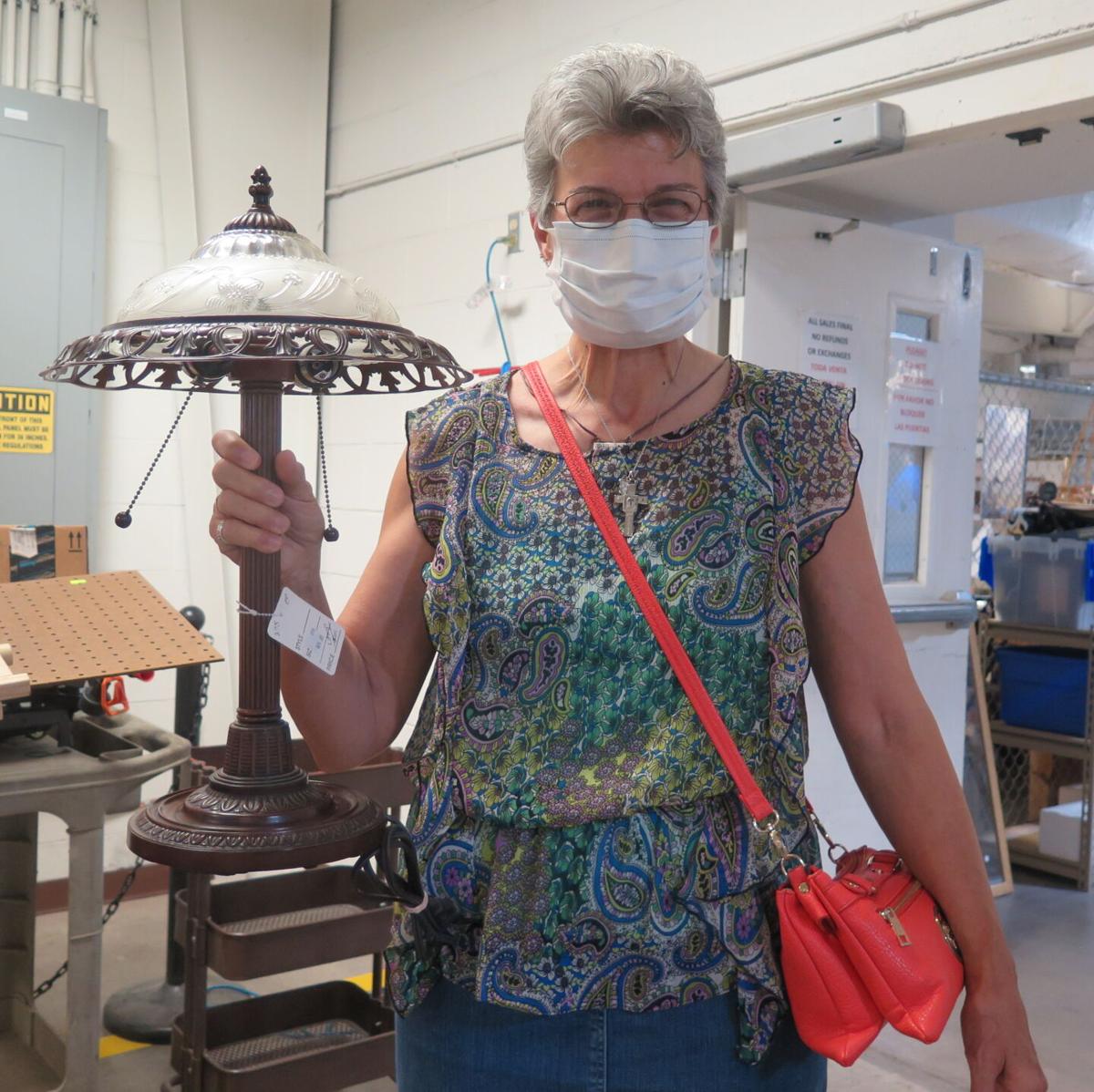 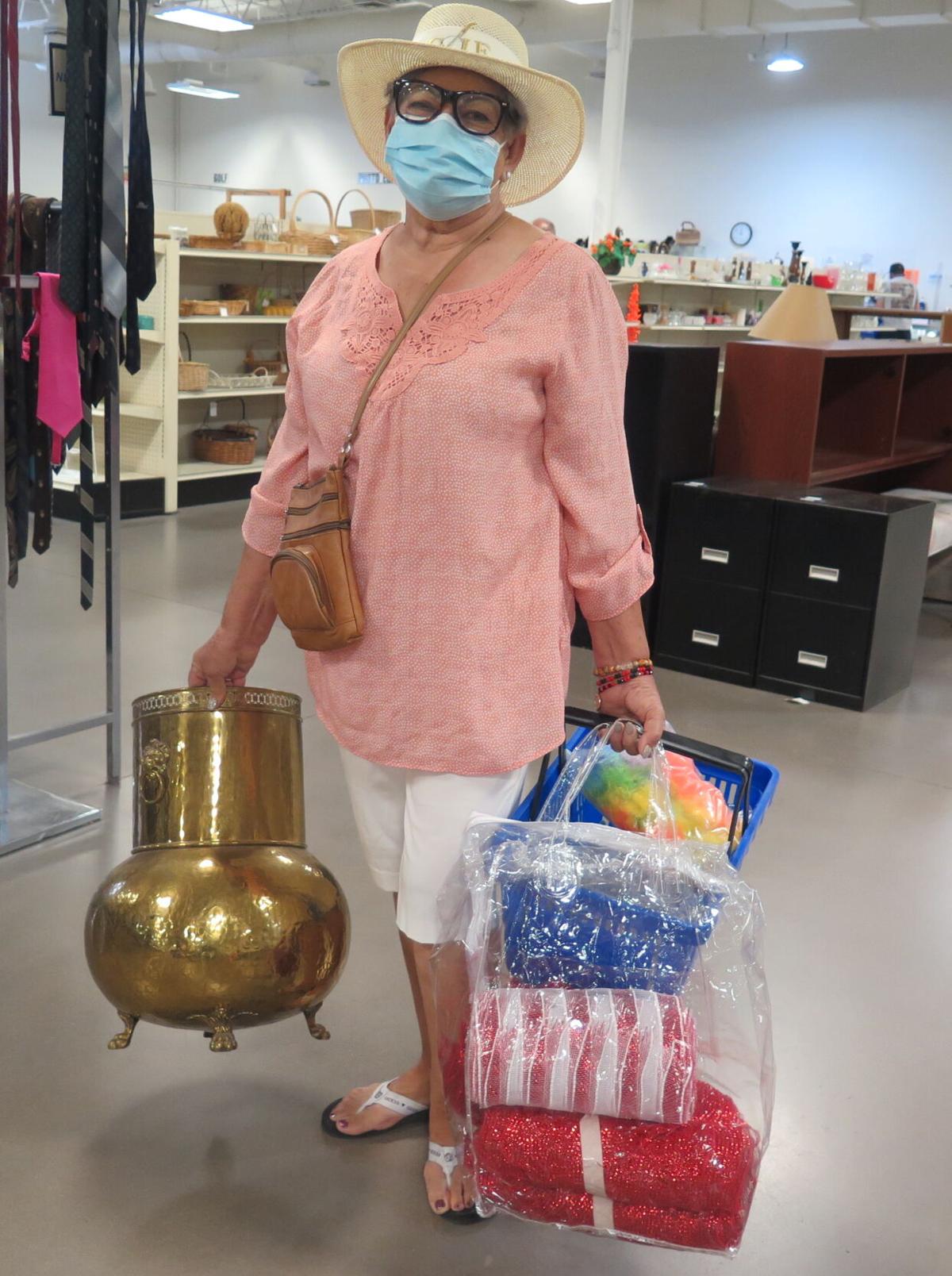 Maria Nerino had an armful.

Maria Nerino had an armful.

The White Elephant thrift store re-opened last week to robust sales after a six-month closure prompted by the pandemic.

Volunteers ensured no more than 120 shoppers were inside at any time, and shoppers and workers wore masks and were advised to maintain social distancing.

The thrift store, long popular for bargains as well as giving millions of dollars to community groups, has taken several precautions to protect volunteers, shoppers and donors.

“Every day is like a new opening day with staff,” General Manager Karen Lavo said. “New procedures need to be explained as each new shift of volunteers arrives.”

Of the approximate 600 volunteers, more than 500 have returned or will be returning. Those staying away for now are doing it for health reasons.

“We’re thrilled that we’re open,” Lavo said. “We’re excited to be open and send a huge thank you to everyone for being so supportive and to those following the mandates.”

The White Elephant closed March 16 after volunteers began calling off over health concerns. In the early weeks of the six and a half month closure state health protocols and the building were checked daily. Gates were installed to prevent the drive-up donation area from becoming an overloaded drop-off area. Department signs inside got a face lift and everything in the patio area was cleaned.

Five employees including Lavo worked during the closure to give the building a deep cleaning that included air ducts. No employees were laid off.

Donations are being sanitized outside with an anti-static sprayer before being brought inside. An anti-static sprayer using a sanitizing solution is also being used to clean counters and shopping baskets after each use. Made-to-order plexiglass barriers were installed at the check-out counters.

Lavo said salaries and bills were paid from a reserve fund.

During the extended closing Fran Lunney of the Valley Fiber Arts Guild called Lavo asking if masks were needed for volunteers when they returned. She was able to donate 400 masks made by Guild members.

The annual end-of-year tradition of awarding checks to local schools, churches and community organizations will continue in December but there will be no reception. Checks will be mailed to recipients. The total to be distributed, which generally reaches $1.5 million or more, won’t be available until closer to the distribution date.

Due to an overwhelming amount of donations, the White Elephant will only accept drop-offs Wednesday through Saturday from 8 a.m. to 2 p.m. until further notice.

This will give staffers and volunteers time to sanitize, get caught up and distribute donated items to the appropriate departments inside, General Manager Karen Lavo said.

Shopping hours have not changed — 9 a.m. to noon Monday through Saturday.