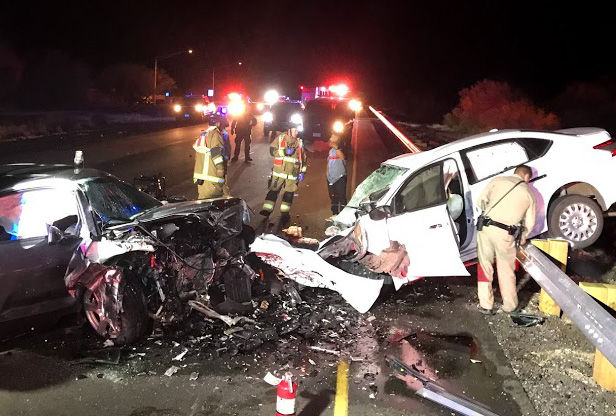 This story includes updates from the Department of Public Safety.

The crash occurred about 12:45 a.m., according to the Department of Public Safety.

There were four people in the northbound vehicle, all from one Tucson family — a mother and her three sons— officials said. Three were dead at the scene, two males ages 20 and 25, and their mother, age 42. A 14-year-old boy was ejected from the Nissan Sentra and airlifted to a Tucson hospital in critical condition, Pratt said. The wrong-way driver was alone in her vehicle and also died.

The vehicles hit head-on at highway speeds, Pratt said. DPS said, "Impairment will be determined by the medical examiner and the investigation is on-going."