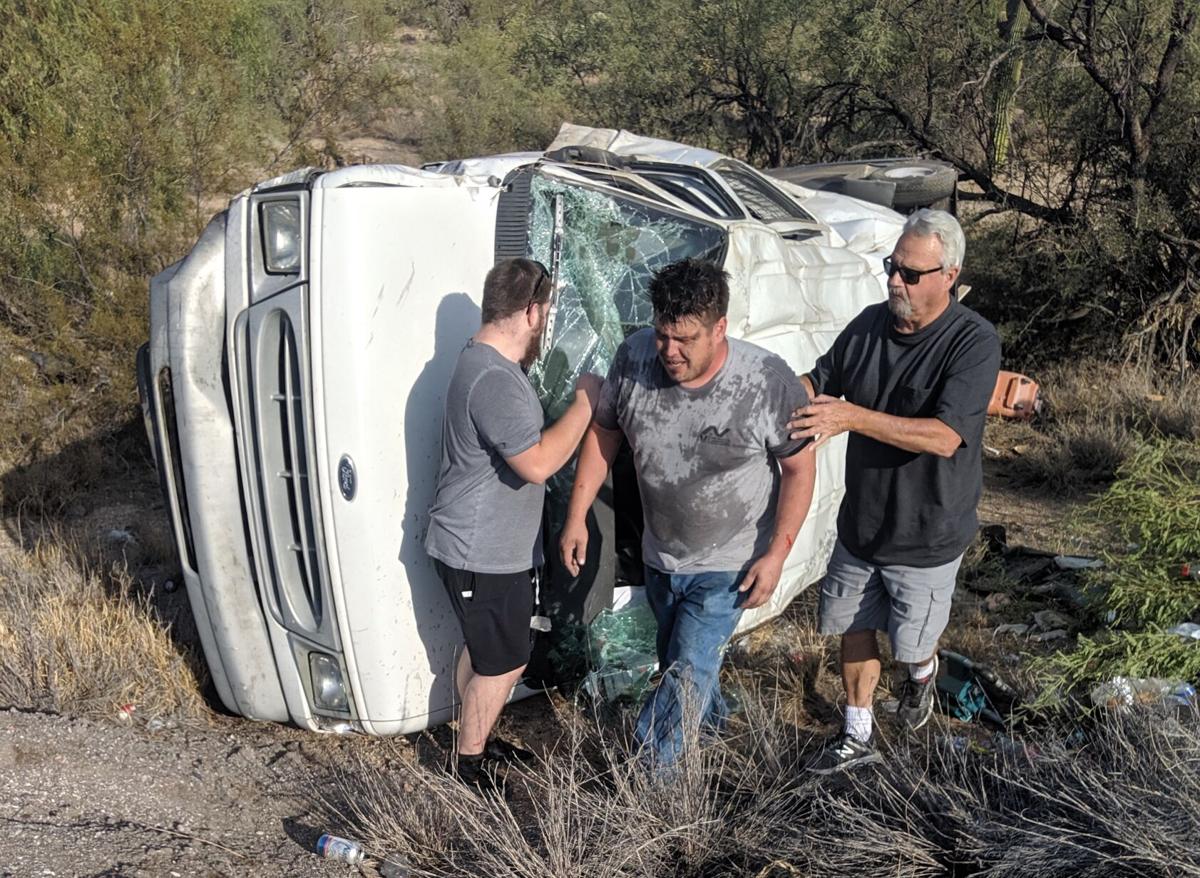 A man is helped from his van Wednesday after a rollover crash on Interstate 19 near Pima Mine Road. He was treated and released from a hospital. 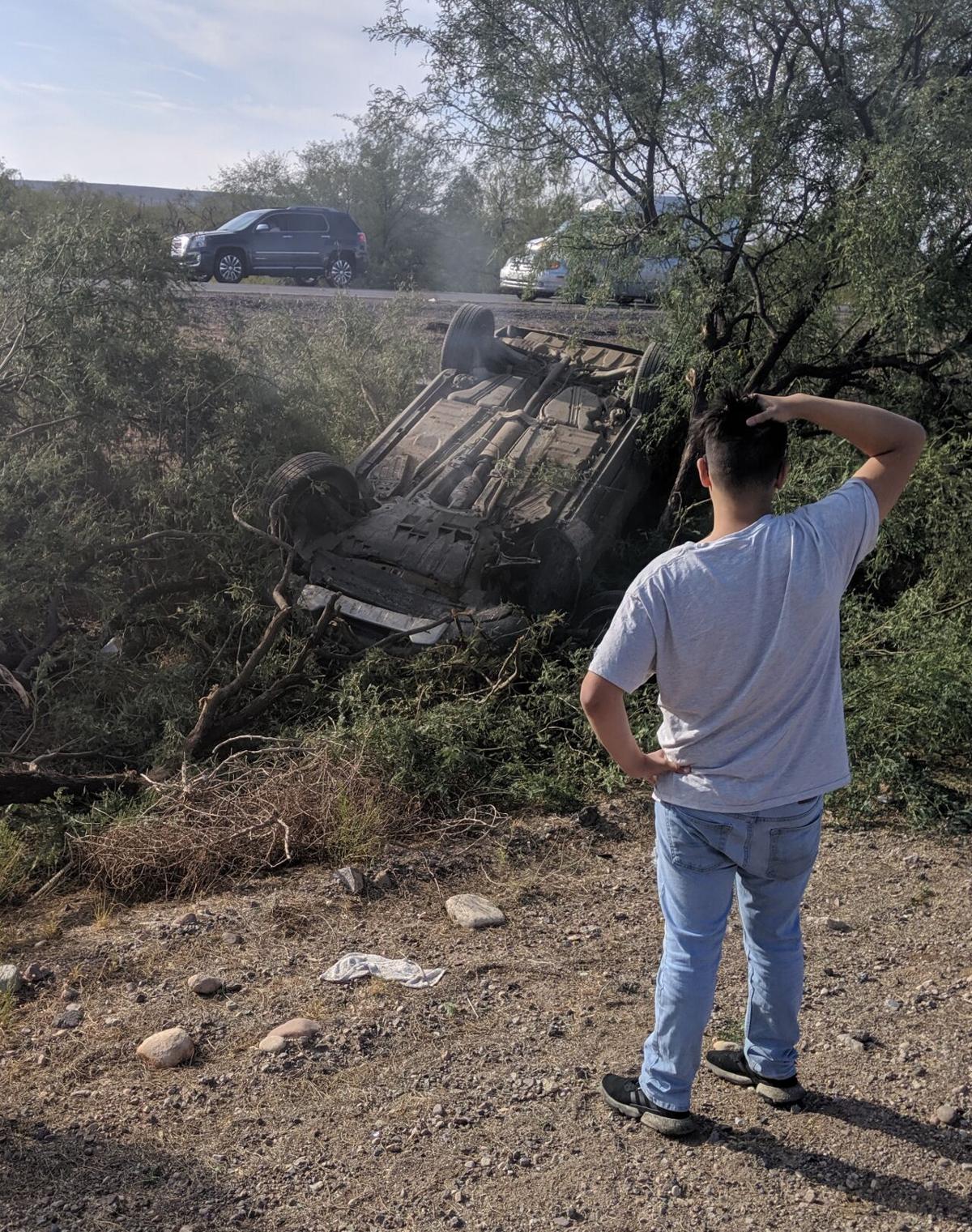 An overturned Volvo on Interstate 19 on Wednesday.

A man is helped from his van Wednesday after a rollover crash on Interstate 19 near Pima Mine Road. He was treated and released from a hospital.

An overturned Volvo on Interstate 19 on Wednesday.

Two people were injured Wednesday after two vehicles rolled on northbound Interstate 19 near Pima Mine Road.

Witnesses told DPS troopers that a speeding SUV struck a van pulling a trailer, causing a chain-reaction collision just before 4 p.m., according to a DPS spokesman.

The SUV flipped and landed on its roof; the van ended up on its side in the median. Two people were taken to a hospital with non-life threatening injuries, according to DPS.

Daniel Ducote, who said he witnessed the crash, said the SUV driver “was driving extremely fast and erratic. She almost wrecked several times before the crash.”

“I saw her messing with (her) phone shortly before the crash,” he wrote in an email to the Green Valley News.

Ducote said both vehicles rolled several times and that he and another person helped the man in the van get out through a window.

“The man in van was crying because everything he owned was in his work van,” Ducote said. “He looked like a contractor… He's lucky to be alive.”

DPS said Friday that the driver of the SUV lives in Tucson and was cited for unsafe lane usage, failure to maintain control of the vehicle to avoid a collision and no proof of insurance. The other driver, a male, was treated and released from the hospital.