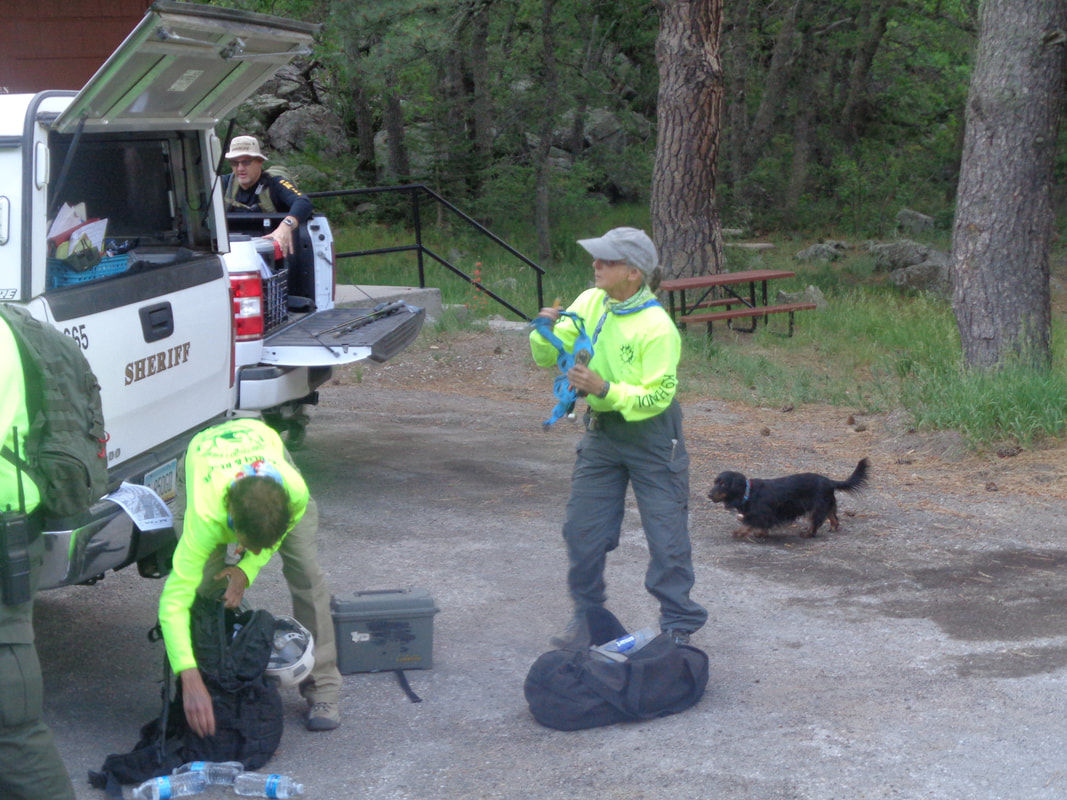 A search-and-rescue crew prepares to descend the mountain, where they found the remains of hiker Joseph Smallwood. 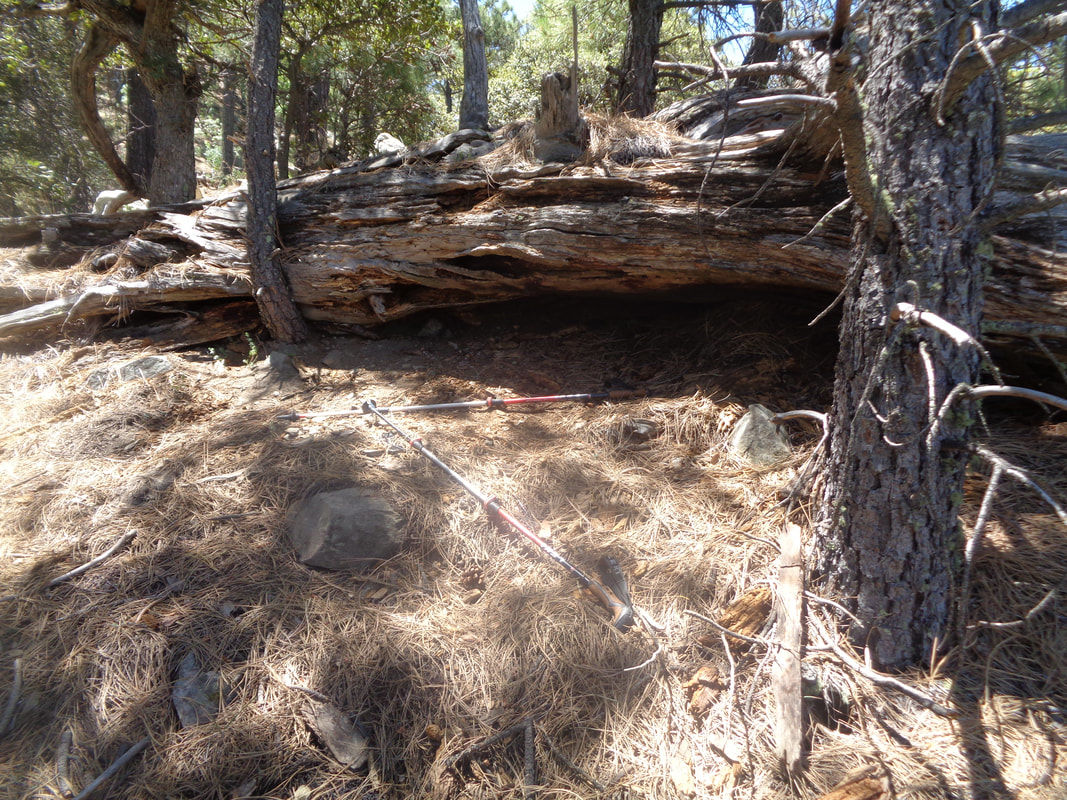 Hiking poles are near a fallen tree where hiker Mark Wilson discovered those and other items that likely belonged to Joseph Smallwood. 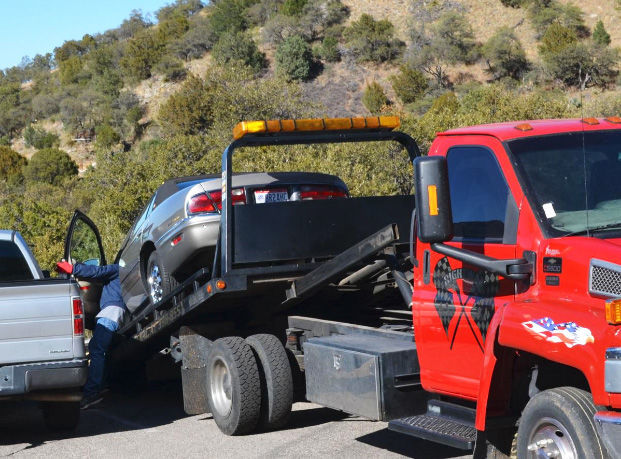 A tow truck hauls away the car belonging to missing hiker Joe Smallwood on Thursday, Feb. 7 in Madera Canyon. 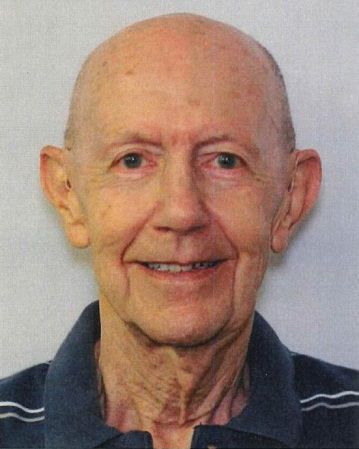 A search-and-rescue crew prepares to descend the mountain, where they found the remains of hiker Joseph Smallwood.

Hiking poles are near a fallen tree where hiker Mark Wilson discovered those and other items that likely belonged to Joseph Smallwood.

A tow truck hauls away the car belonging to missing hiker Joe Smallwood on Thursday, Feb. 7 in Madera Canyon.

By Dan Shearer and Kim Smith

More than five months after he became lost while hiking, Joseph Smallwood’s remains were brought down from the Santa Rita Mountains on Wednesday.

A hiker who was lost for a short time came across Smallwood’s belongings Monday near a fallen tree and alerted authorities. On Wednesday, he led a search team of 10 people and a search dog back to the site about six-tenths of a mile south of Mount Hopkins Road near Whipple Observatory.

The hiker, Mark Wilson of Oro Valley, said he doubts Smallwood knew how close he was to safety.

“I can see how it happened,” Wilson said Wednesday. “I’m certain he was oblivious to the road. He had just been wandering through the wilderness and given up and crawled under that log because it offered some shelter from the wind and cold.”

The call launched a search in the snow-covered mountains involving 120 people and agencies from eight counties. It was called off a week later, with Smallwood presumed dead.

According to the National Weather Service, it snowed in the Santa Ritas that first night, with temperatures dipping to 29 degrees and wind gusts reaching 30 to 40 mph.

Five months later, on July 8, Wilson was hiking in the Santa Ritas when he got turned around. He came across the log and found keys, a shoe, a fanny pack, two hiking poles and other items that appear to have belonged to Smallwood.

On Wednesday, he led a search and rescue team down a steep, rocky hill to the site, where they found Smallwood’s scattered remains about 8 a.m., according to Santa Cruz County Sheriff Tony Estrada.

Wilson said they fanned out and he found several human bones and clothing. At that point, the site was deemed a crime scene and “we regathered above the log and everybody fanned out and started placing tape on any bones they found,” he said.

At the site, Wilson said they found a pair of tennis shoes, a hiking boot still laced up, two pairs of glasses, hiking poles and Gatorade, among other items. He said human bones were scattered on both sides of a ridge and it was evident animals had been through. Wilson also pointed out that his phone didn’t work at the site.

Santa Cruz County Sheriff's Sgt. Santiago Gonzales said that although the observatory was visible from a nearby ridge, Smallwood probably wouldn't have been able to see it because it was snowing and late in the day.

Gonzales said the remains were not found on a trail, nor were they in an area that had been searched on foot in February.

GPS indicated Smallwood was near Josephine Saddle Trail on Mount Wrightson when he called 911, but his remains were found on Mount Hopkins, Gonzales said.

A recording of the 911 call shows a dispatcher told Smallwood five times he had a general idea of where he was and told him seven times it was important for him to stay put, help was on the way.

The last thing the dispatcher said before the call was disconnected was officials had his GPS coordinates, "so we have an idea on where you are located at."

Gonzales said that after Smallwood disappeared, discussions were held about what additional questions and instructions could have been asked or given during the 911 call.

"We have implemented additional steps to try to have a better outcome in the future," he said. "They have spoken about, 'We need to ask this. We need to tell the people this.'"

In the future, dispatchers will explain GPS coordinates and ask about the specific routes lost hikers know they took.

"Then that gives us an idea of where we need to start," he said.

Smallwood's family has been asked to send dental records to the Pima County Office of Medical Examiner so forensic pathologists can confirm the remains are Smallwood's, Gonzales said.

However, Gonzales said that inside the fanny pack found by Wilson was a piece of paper with Smallwood's name on it and emergency contact information.

Gonzales and Wilson said the searchers were relieved at the discovery.

"It not only brings closure to the family, but to us," Gonzales said.

“It has been in the back of their minds since February,” Wilson said. “They’d drive up this mountain and wonder where he is, and now they know.”