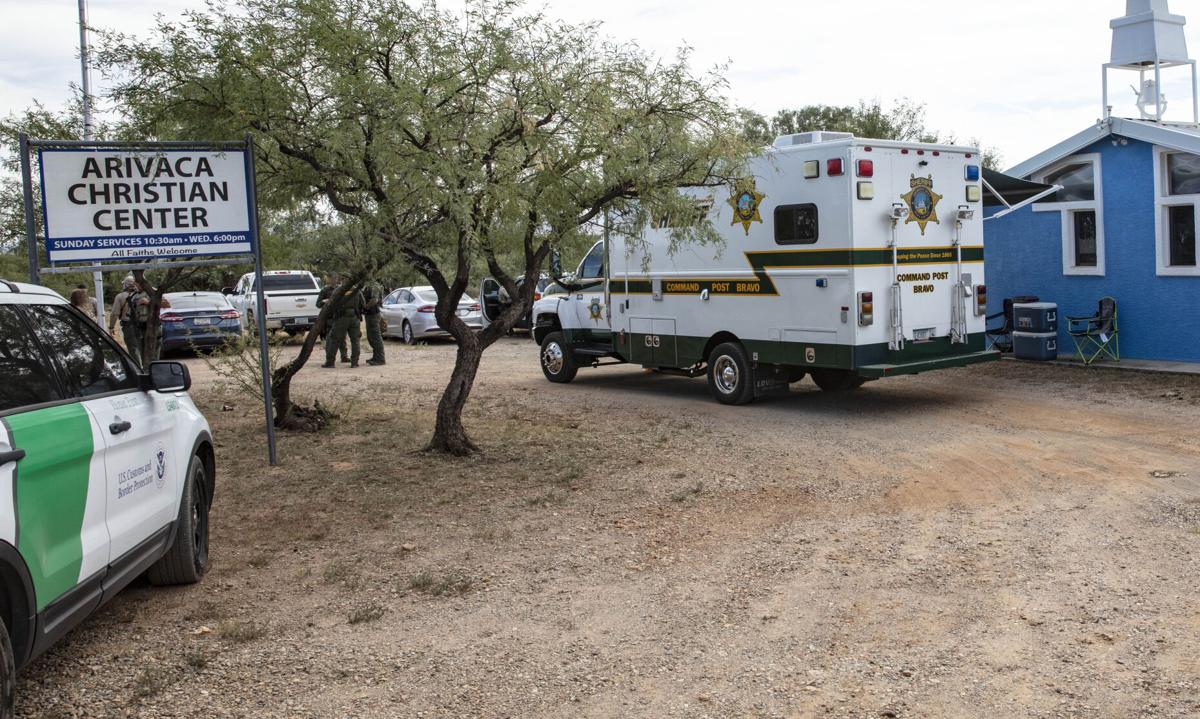 Border Patrol agents in Arivaca near the scene of a shooting in Arivaca on Thursday.

Sheriff's deputies at the scene of a double shooting in Arivaca.

Border Patrol agents in Arivaca near the scene of a shooting in Arivaca on Thursday.

Sheriff's deputies at the scene of a double shooting in Arivaca.

An Arivaca mother and daughter were shot dead early Thursday and an acquaintance they had befriended has been arrested on murder charges.

Kaycie Mattias, 33, a mother of six children, and her mother, Monica Gilkey, 55, were shot just after 1 a.m. outside a home in the 1700 block of West Third Street in Arivaca.

A family member said that after the shooting the women were put into a vehicle that moments later struck a Border Patrol vehicle near The Mercantile, a store in downtown Arivaca. She said agents tried to save Mattias, who died at the scene. She said Gilkey, who was shot in the chest, died en route to a hospital.

Justin Tyler Grandstaff, 36, was arrested at the Arivaca Border Patrol Checkpoint at 11:44 a.m., according to a Pima County Sheriff's spokeswoman. He was charged with two counts of first-degree murder and booked into the Pima County Adult Detention Center. As of Friday, no bond had been set.

PCSD continued interviews on Friday and said they didn’t have a motive or know the relationship between the women and Grandstaff.

The family member told the Green Valley News that Gilkey and Mattias knew Grandstaff, who she said came from Oklahoma several months ago, left, and had recently returned.

Both women had long struggles with drug addiction, though Gilkey had recently left rehabilitation “and she looked good,” the woman said.

Mattias’ six children do not live in Arivaca and did not live with their mother, according to family.