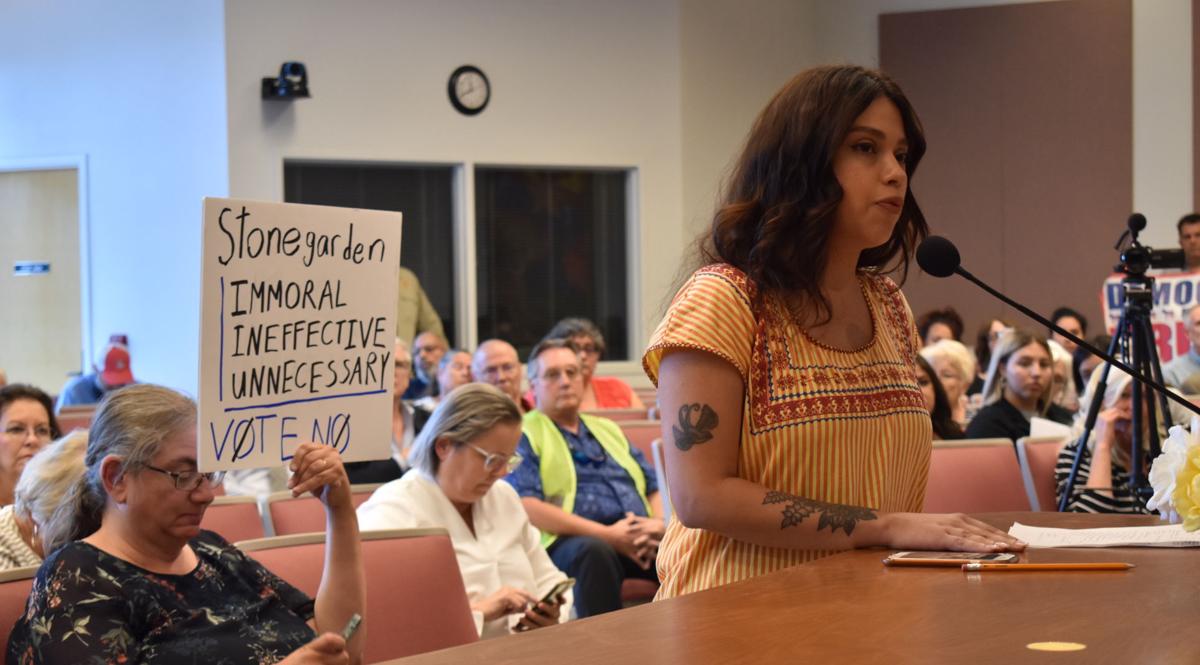 Zaira Livier Serrato, a member of the Community Law Enforcement Partnership Commission, speaks against accepting the Operation Stonegarden grant at the May meeting. 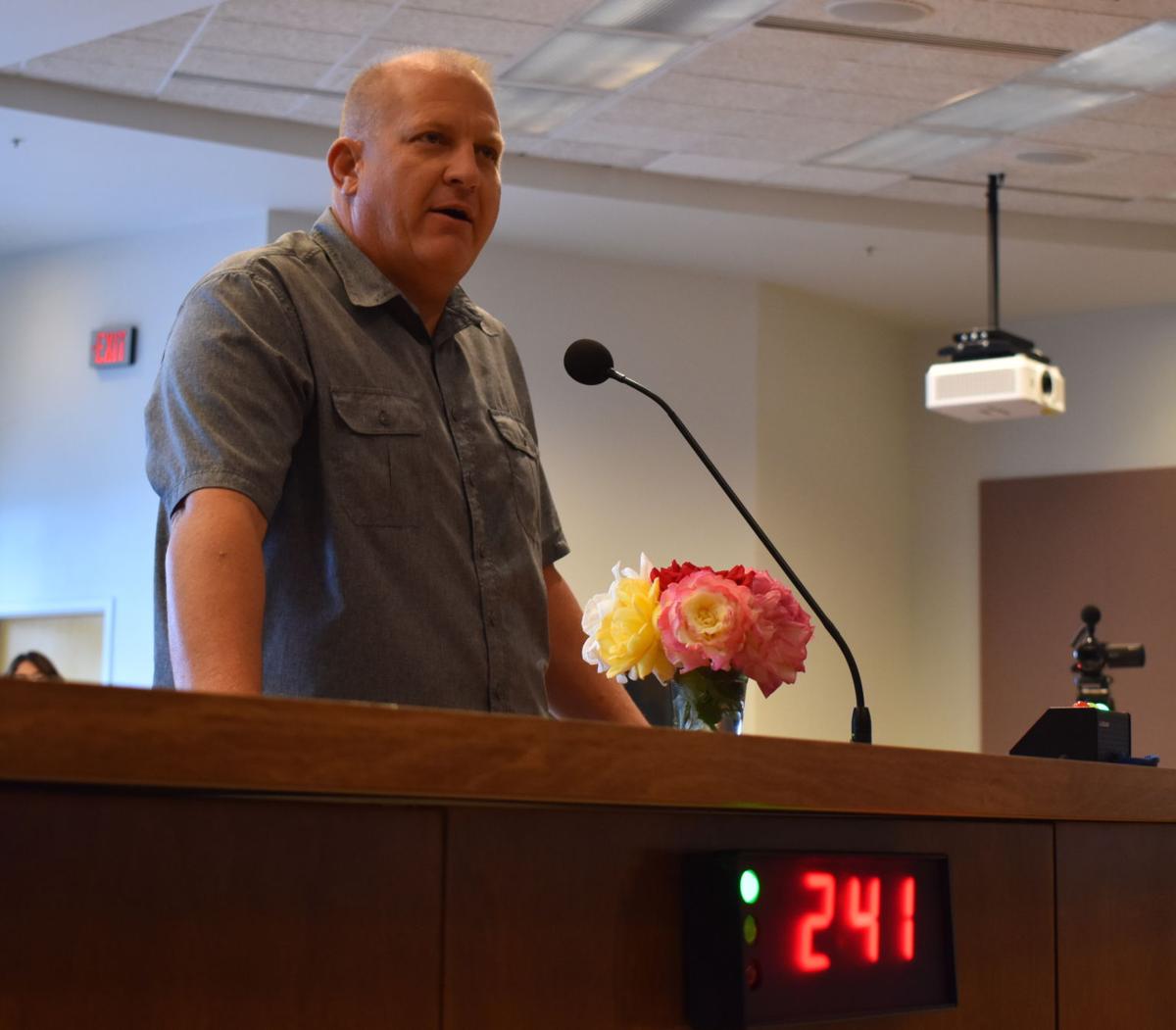 Kevin McNichols of Green Valley, a member of the Community Law Enforcement Partnership Commission and a retired DPS sergeant, speaks in favor of accepting the Stonegarden grant at Tuesday’s meeting.

Zaira Livier Serrato, a member of the Community Law Enforcement Partnership Commission, speaks against accepting the Operation Stonegarden grant at the May meeting.

Kevin McNichols of Green Valley, a member of the Community Law Enforcement Partnership Commission and a retired DPS sergeant, speaks in favor of accepting the Stonegarden grant at Tuesday’s meeting.

The Pima County Board of Supervisors on Tuesday voted to accept $1.8 million in federal Operation Stonegarden grants.

The 3-2 vote is a reversal of a controversial decision in September when the board rejected the money for the first time in more than a decade of taking the money.

Supervisor Sharon Bronson broke with the two other Democrats when she fashioned a substitute motion that allowed $256,000 of the money to go toward offsetting costs of accepting the grant and another $200,000 to assist local, faith-based non-profit organizations that work with asylum seekers.

Stonegarden money goes to the Sheriff’s Department for overtime, gas and equipment as it collaborates with federal agencies on immigration cases. Using the money for the purposes Bronson outlined are allowable. Her motion included returning money for license plate readers, though Sheriff Mark Napier said they were valuable for tracking drug loads.

The vote came after four hours of board debate and comments from nearly 40 speakers on both sides. The meeting became contentious at times, with one woman escorted out after a minor outburst and a man stomping out after making comments. Activist Isabel Garcia, a member of the citizen Community Law Enforcement Partnership Commission that recommended rejecting the grant, stormed across the room and directed an angry comment toward Bronson after the vote.

The public speakers were more than 3-to-1 in favor of rejecting the grant. But when it came time to vote, Chairman Richard Elias couldn’t drum up support for his motion to reject, and Bronson made a substitute motion, which was supported by Republicans Steve Christy and Ally Miller. Democrat Ramon Valadez voted with Elias, who was visibly angry at the outcome, coming close to shouting his “no” vote.

Bronson’s compromise was similar to that of County Administrator Chuck Huckelberry, who laid out a similar plan in a memo to save the grant.

Sheriff Mark Napier said he was fine with the plan, agreeing that direct and humanitarian costs tied to the grant would “otherwise would be born on the backs of the taxpayers.”

Federal officials have remained quiet on whether Pima County will get a $1.8 million Operation Stonegarden grant it applied for eight months a…