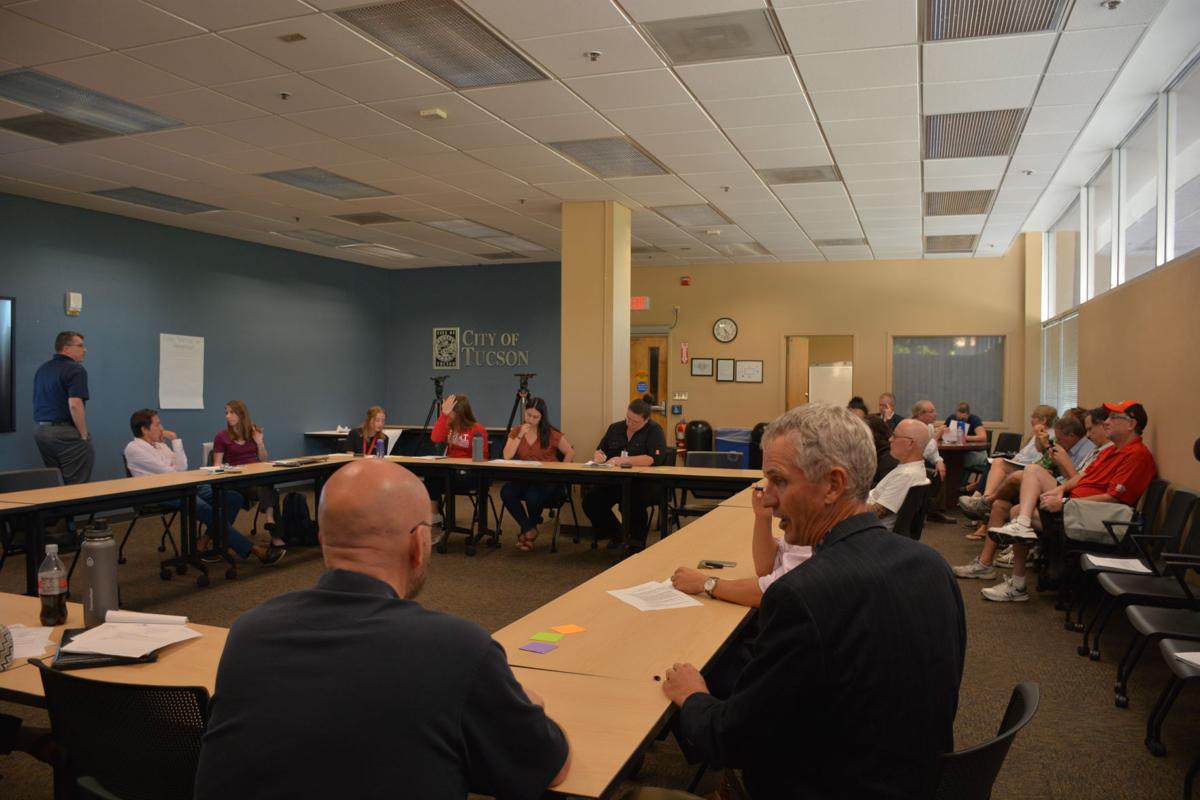 Pima County and the City of Tucson held their last stakeholder meeting Tuesday before the City Council and Board of Supervisors hear a new Tobacco 21 ordinance Sept. 17. The Tuesday meeting was the 14th meeting the county and city has held. 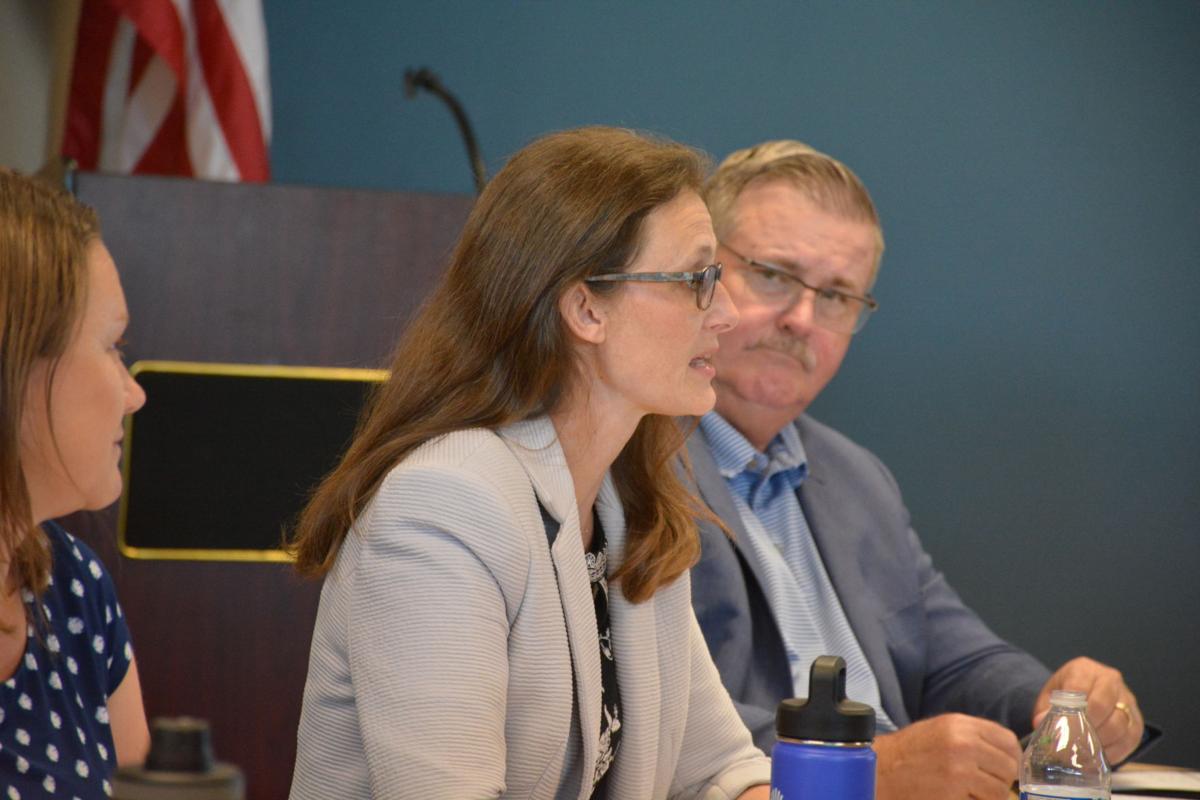 Ginny Chadwick, Preventing Tobacco Addiction Foundation, was among the advocates at Tuesday's City Hall meeting pushing for a tobacco 21 ordinance. However, proposed changes lightening punishments on retailers and placing some on youth has caused Chadwick to withdraw support for the ordinance's proposed form. 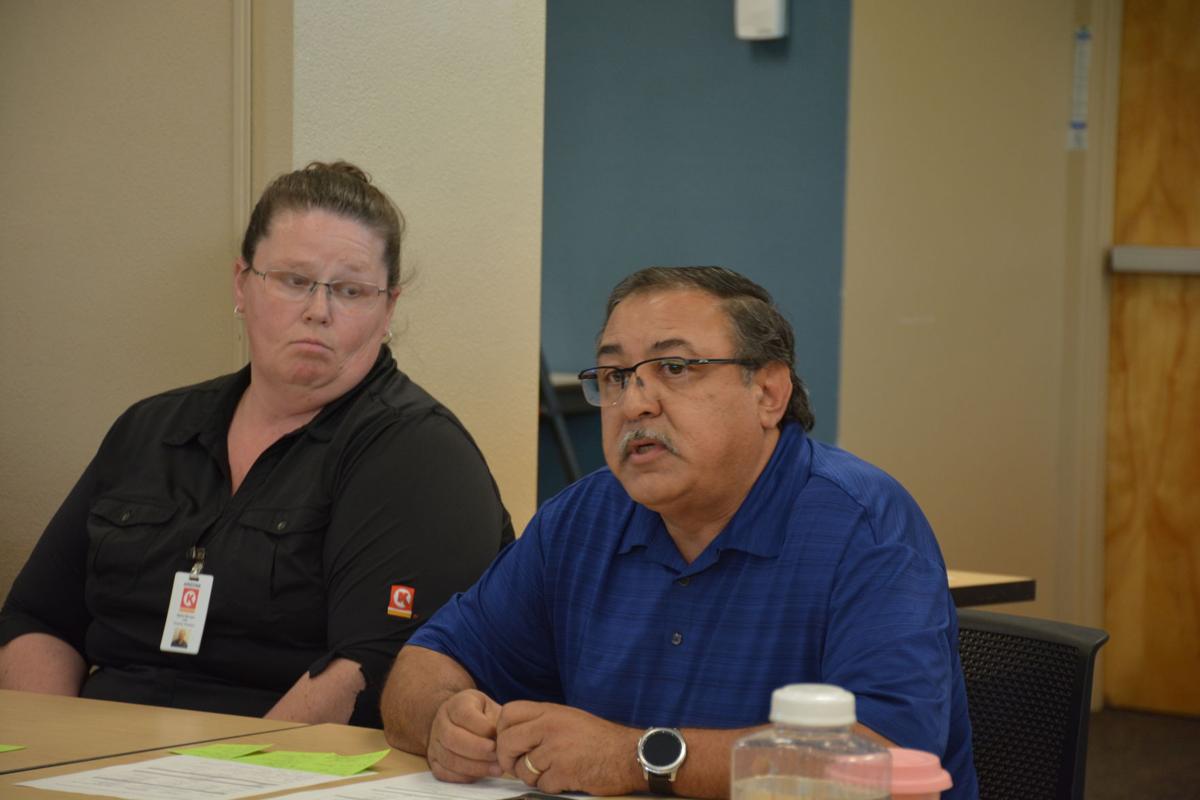 Circle K retail operations director Carlos Estrada told those in attendance at Tuesday's stakeholder meeting he wants punishments to be placed on clerks and underage purchasers and not just retailers. 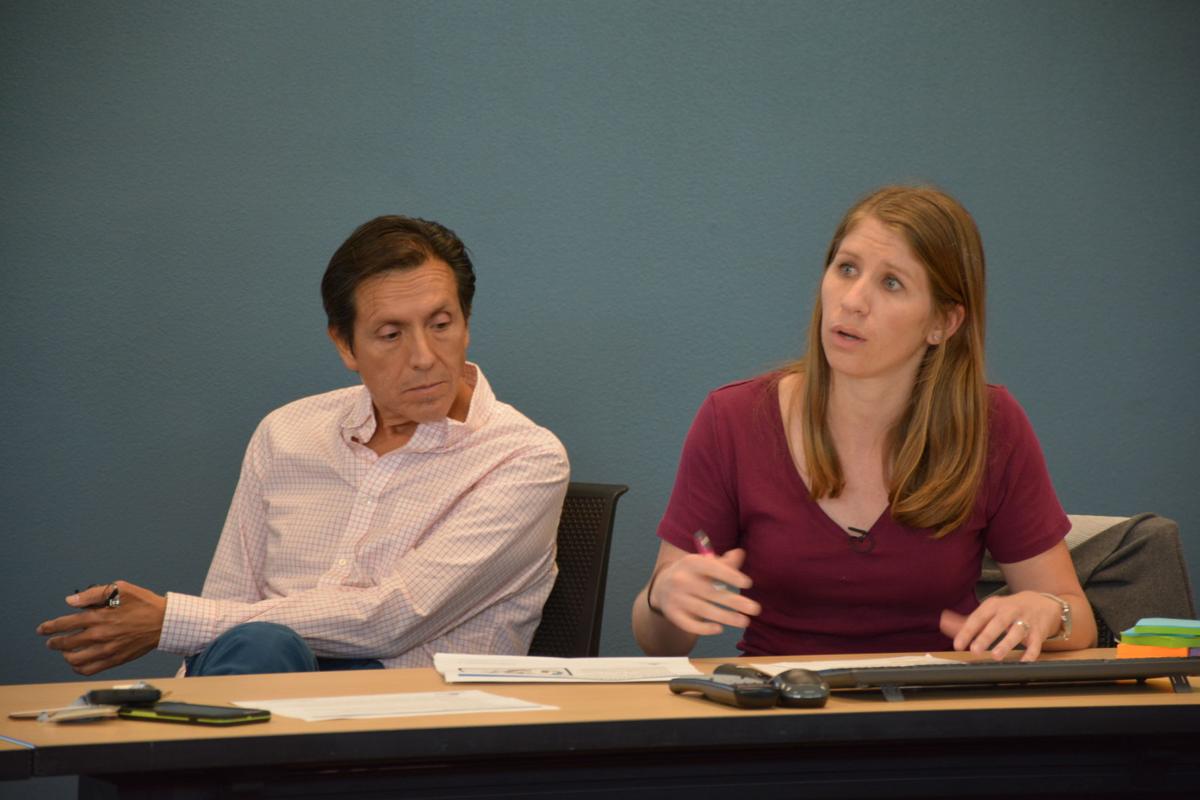 Pima County and the City of Tucson held their last stakeholder meeting Tuesday before the City Council and Board of Supervisors hear a new Tobacco 21 ordinance Sept. 17. The Tuesday meeting was the 14th meeting the county and city has held.

Ginny Chadwick, Preventing Tobacco Addiction Foundation, was among the advocates at Tuesday's City Hall meeting pushing for a tobacco 21 ordinance. However, proposed changes lightening punishments on retailers and placing some on youth has caused Chadwick to withdraw support for the ordinance's proposed form.

Circle K retail operations director Carlos Estrada told those in attendance at Tuesday's stakeholder meeting he wants punishments to be placed on clerks and underage purchasers and not just retailers.

The City of Tucson and Pima County will be taking a second look at their respective Tobacco 21 ordinances Tuesday after holding additional meetings with retailers and health advocates.

On Aug. 6, the Pima County Board of Supervisors postponed voting on an ordinance raising the tobacco age from 18 to 21 after numerous concerns arose over penalties. The City Council, scheduled to vote just hours later on its own ordinance, postponed its vote in response to the board's decision.

The county and city held two additional stakeholder meetings Sept. 3 and Sept. 10 to help craft a new ordinance, the future of which will be decided by both jurisdictions Tuesday. Compromises have been made, but the future of the ordinance remains uncertain. The county has held 14 public meetings to gather feedback and address concerns about the ordinance.

The amended ordinance includes the following details and changes:

As currently written, the proposal would also ban the use of electronic cigarettes where smoking is prohibited. The ordinances would also require retailers to pay roughly $300 for a permit to sell tobacco products.

The retail permit would be new to businesses in unincorporated Pima County; Tucson already has a retail permit. Tucson retailers would see an increase in their current retailer permit fee.

The county and city have been working together to develop similar ordinances which would be enforced by the Pima County Health Department.

"I need some teeth in it to help me," Estrada told attendees concerning the penalty structure for everyone involved. "You got to understand that if there's no penalties for all, it's going to be really tough."

She believes retailer suspensions would provide them the incentive they need to not sell to underage tobacco users.

"As you heard the retailers say, 'If we lose our license and can't sell for a couple of days, that could put us out of business,'" she said after the meeting. "So that's what we know incentivize retailers not to sell to youth. Right now, one in every six kids who walks into a retailer successfully buys because there's no incentive not to sell."

In an interview Wednesday, Tucson council member Paul Durham called the revised proposed ordinance a compromise he is happy with. Although the county and city will be approving separate ordinances, the two have been working together to keep them similar.

Pima County and the City of Tucson to consider new Tobacco 21 ordinance but do they work?

Assistant county administrator Dr. Francisco Garcia said in an interview Wednesday the changes made to the ordinance's penalty structure was in response to what the Board of Supervisors wanted and he is comfortable with them.

Pima County Board of Supervisors chairman Richard Elías said removing the suspensions is a fair and reasonable compromise.

"This is about trying to take cigarettes out of the hands of young people and trying to make sure they don't get started on a very destructive habit," Elías said. "That's really what it's about. The penalties are important too, but they shouldn't destroy your business, they shouldn't make it impossible for you to do business or make money at your business."

Supervisor Ramón Valadez said he had a fundamental issue with the ordinance as it was presented to the board on Aug. 6 with no punishment to the two parties – buyer and seller – who were actually violating the law.

Chadwick said the chances of a retailer actually committing a fourth violation and getting a 12-month retail permit revocation are slim because they aren't inspected frequently enough. She also said the "revocation" is, in all actuality, just a suspension.

The health department conducts annual compliance inspections and randomly checks 50 percent of retailers annually using underage decoys. That being the case, Chadwick said it isn't likely retailers selling to buyers under 21 would ever reach four violations within the 24 month look-back period.

"We say best practices is two checks per retailer. They are proposing checking 50 percent of the retailers once," she said.

Garcia said it's not a suspension because retailers would have to re-apply for a new retail permit, including all paperwork, rather than simply having their permit reinstated after the 12-month revocation period.

Chadwick also said she doubts clerks will ever wrack up a third offense. Most will lose their job and income after the first offense, she said.

Elías said his only regret in life is taking up smoking while in college and being unable to quit to this day. His first-hand experience has made him more passionate about addressing youth nicotine addiction, he said.

Elías isn't sure what the outcome will be on Tuesday.

"Some of their objections sounded more philosophical, especially Supervisor Miller and Supervisor Christy, whereas Supervisor Bronson was more concerned with the implementation of it and making sure that we were being fair to our business people as well as recognizing a public health problem," Elías said.

Supervisor Steve Christy didn't support the ordinance during the Aug. 6 board meeting and on Wednesday he told the Green Valley Council he still wasn't supportive of the measure.

"We'll see how this comes out on Tuesday with the revisiting of it by the stakeholders," Christy said to GVC members.

Retail associations are against the ordinance and Christy is leaning that way, he said.

As of Thursday, Bronson hadn't reviewed the proposed changes, but said adding penalties for clerks, cessation referrals for youths and removing the suspensions for retailers still doesn't address her concerns, she said.

There is still a matter of neighboring jurisdictions and the reservation, which the ordinance doesn't cover, Bronson said. Bronson also wants tobacco laws at the state and federal level, she said.

Durham said he doesn't have any doubt the City Council will support the ordinance. He is more worried about the Board of Supervisors. Should the board reject the ordinance, the council will look into ways of passing an ordinance for the city without the county's involvement, he said.