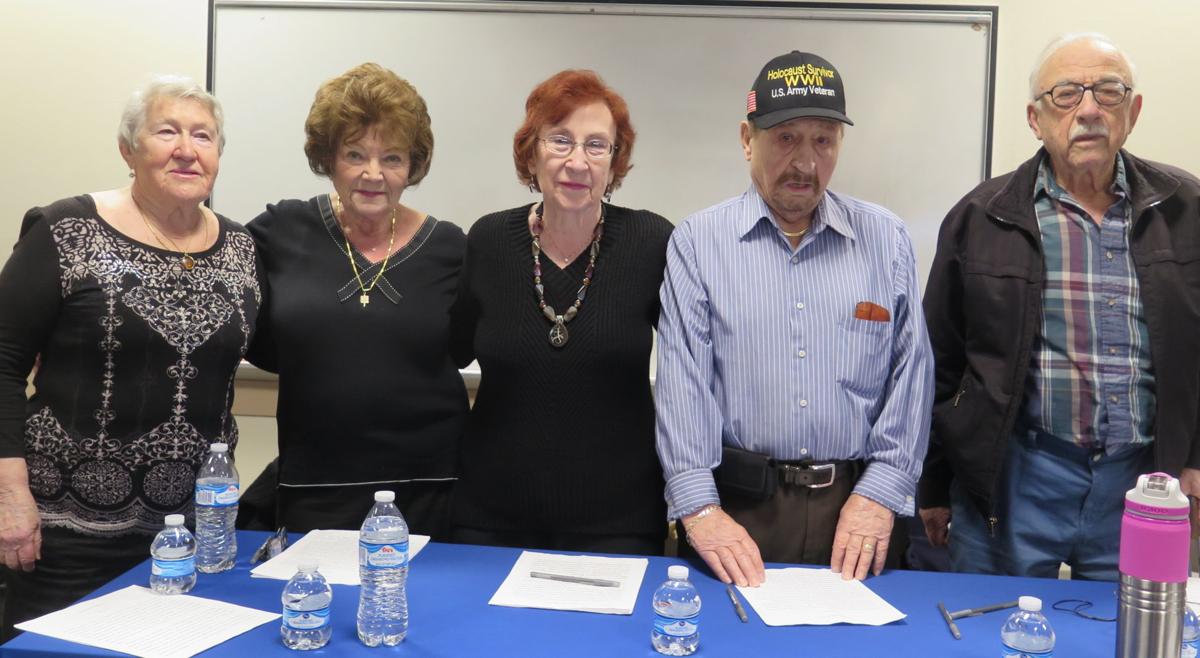 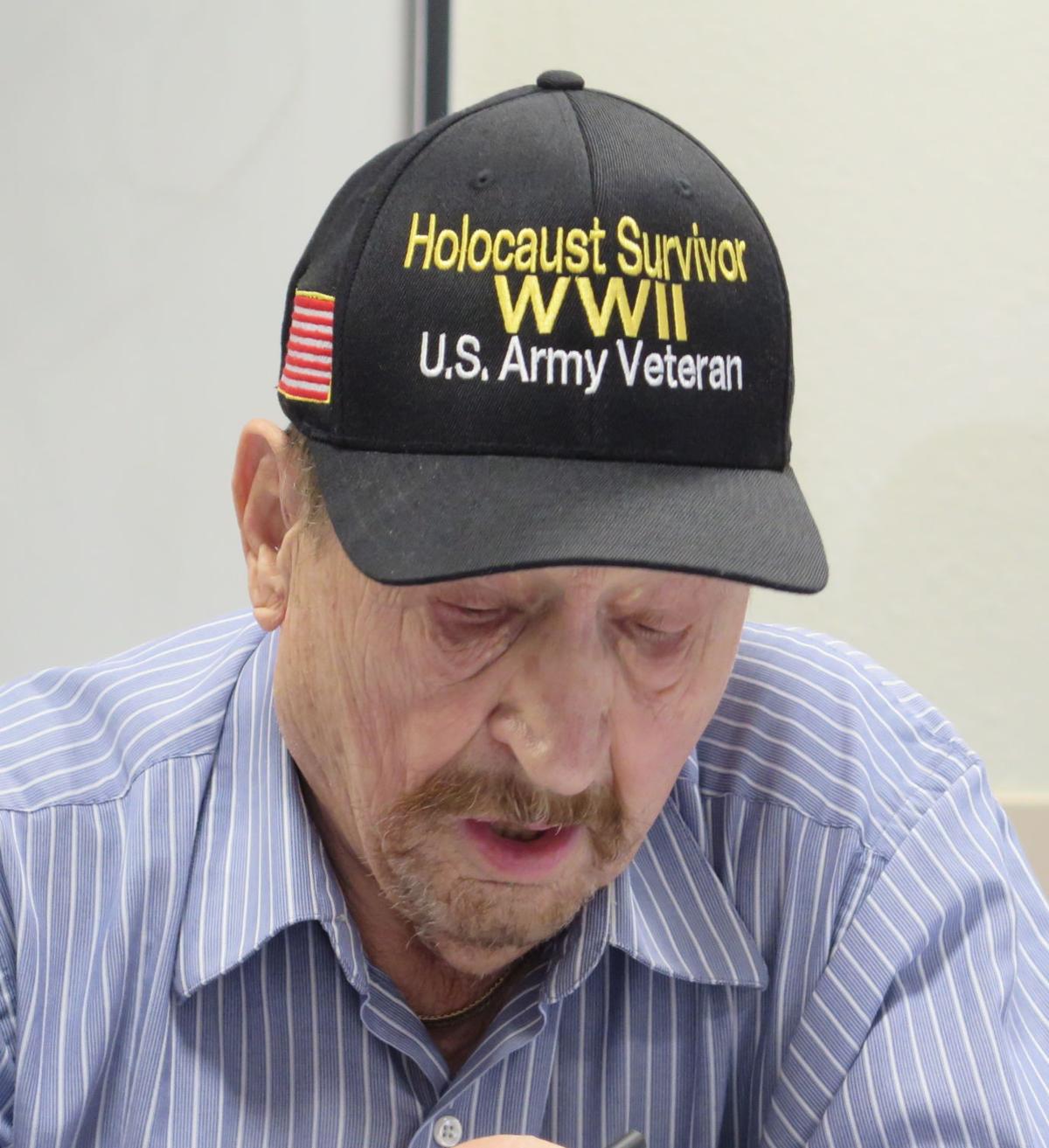 Wolfgang Hellpap’s hat tells a bit of his story. 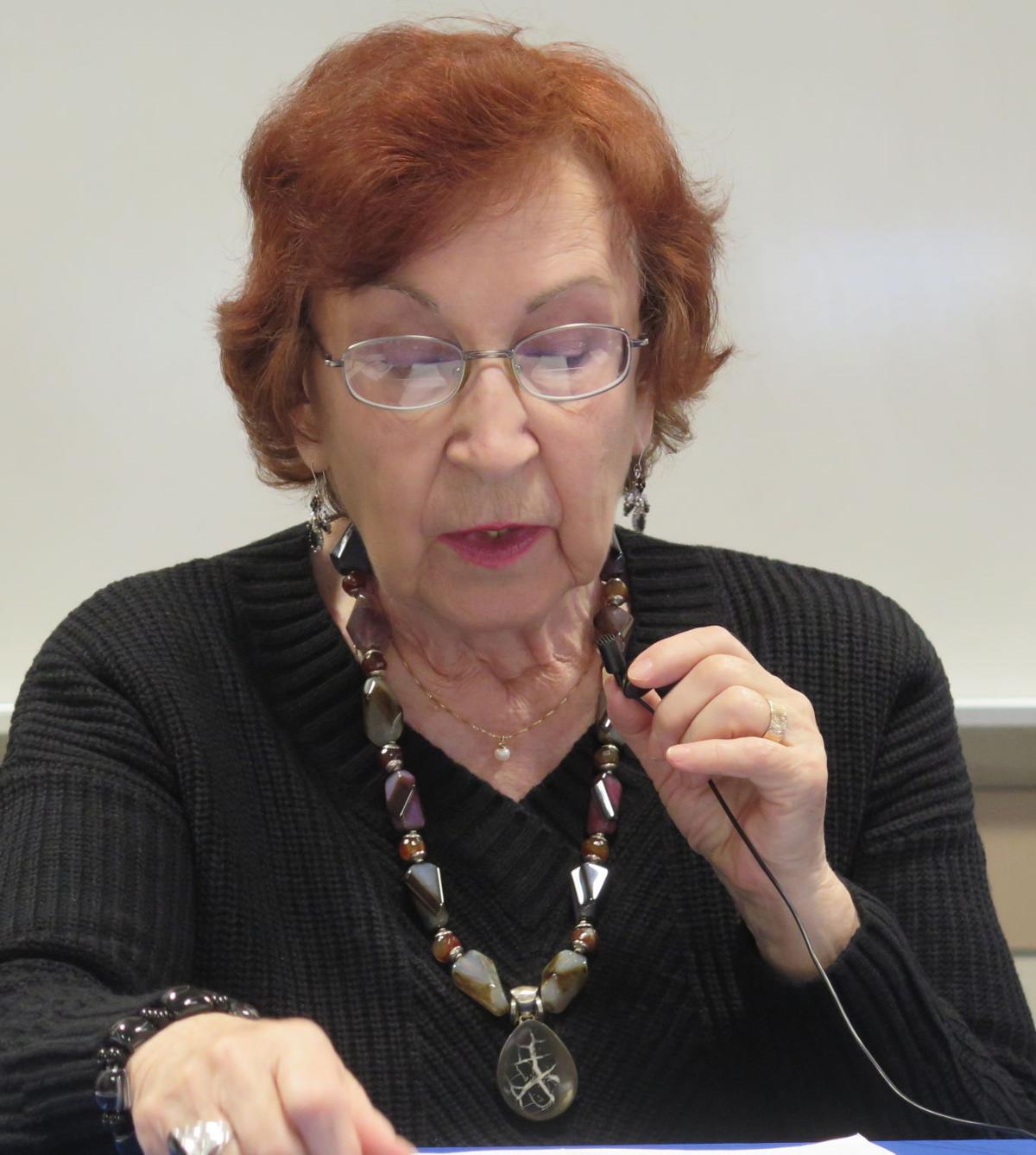 Valentina Yakorevskaya said she is “angrier than hell” about the anti-Semitism now going on in the United States.

Wolfgang Hellpap’s hat tells a bit of his story.

Valentina Yakorevskaya said she is “angrier than hell” about the anti-Semitism now going on in the United States.

The crowd was lined up well before the 2 o’clock presentation Friday by the Jewish Family and Children’s Services of Southern Arizona at the Joyner-Green Valley Library. They came to hear firsthand accounts from five Holocaust survivors; the room was at capacity.

Raisa Moroz, program manager for the JFCS, introduced the speakers.

Bokor survived the Jewish ghetto in Budapest. He told the audience that in 1944, when the Germans invaded Hungary, more than 400,000 Jews were sent to Auschwitz and gassed. He lost his grandparents and other relatives in the death camp.

“A friend and I hid in apartments. People were dead or dying in the streets and left there. I was about 16 and couldn’t do anything about it,” he recounted.

“Jews were forced to wear badges. The Germans didn’t kill all Jews. They reserved some for slave labor.”

Bokor immigrated to the United States in 1947.

Hellpap survived the war by hiding as a child in and around Berlin. As a Jewish child in Germany he was not allowed to attend school.

When he was a young teen, he and his brother immigrated to Palestine, served in the Israeli Army and immigrated to the U.S. in 1955.

Hellpap’s father was Jewish and his mother was Christian.

Dveirin lived with a Polish Catholic family under an assumed name during World War II while her parents lived in the woods.

“My father saw others stripped naked and murdered,” she said softly. “My mother was one of them.”

Plotnikova survived the invasion of Ukraine by fleeing from her home city of Odessa to Tashkent, Uzbekistan. She sustained shrapnel wounds when German fighter aircraft attacked the ship she was on sailing across the Black Sea. She arrived in the U.S. in 1998.

Yakorevskaya, her mother and sister fled to Russia’s Chelyabinsk region after the Nazis invaded Belarus. Her father was called into the army and killed in action on the second Ukrainian front in 1944. She immigrated to the U.S. in 1993.

The panel took non-political questions from the audience. One person asked what each did when they were settled in the U.S.

Bokor arrived in the U.S. at 16 and went to college and became an engineer.

Hellpap said soon after he arrived in the U.S. from Israel he received a letter, was drafted and had to return to Germany.

Dveirin said when her family died they were young and healthy.

She stood up and said, “I’m angrier than hell about news of anti-Semitism in this country.”

Plotnikova said she went to the University of California, Berkeley, married, had children and became a teacher.

Yakorevskaya said she’ll never know what diseases run in her family because of the Holocaust.

At the end, one woman thanked the survivors for their courage.

In 2009, Moroz asked other Russian-speaking clients to write their stories of the Holocaust. She collaborated with Richard Fenwick, a retired U.S. Air Force Russian translator, to translate survivor’s stories and translate recorded stories.

As the project grew, Moroz and Fenwick reviewed stories written in English by survivors from Western Europe.

Published in March 2015 with more than 45 autobiographical stories, the second edition of “To Tell Our Stories: Holocaust Survivors in Southern Arizona” was published in February 2018.