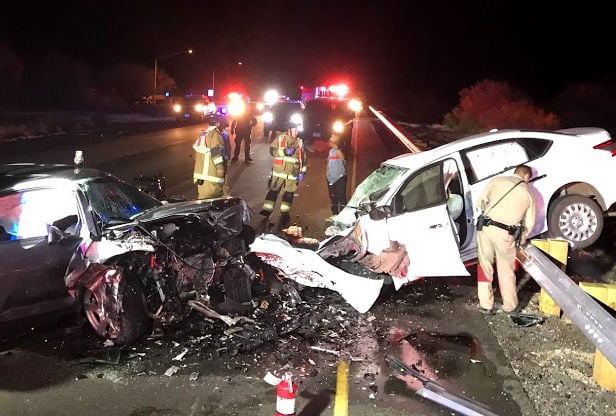 Tambra Hoskins' car is on the left after the May 5 crash on Interstate 19. 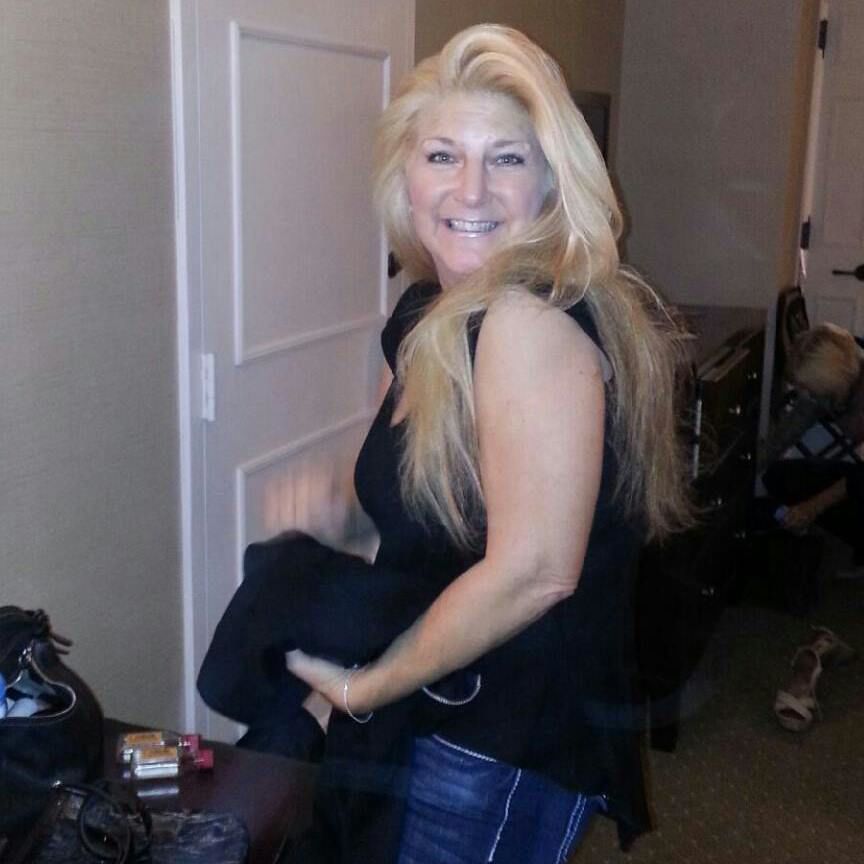 This image of Tambra Hoskins was taken from her Facebook page.

Tambra Hoskins' car is on the left after the May 5 crash on Interstate 19.

This image of Tambra Hoskins was taken from her Facebook page.

Three Green Valley establishments have reached a settlement with the survivor of an alcohol-related crash that killed his brothers and mother in May and left him with life-threatening injuries.

The terms reached with The 19th Hole Bar and Grille, American Legion Madera Post 131 and Arizona Family Restaurant's Easy Street Lounge will remain confidential, said Tucson attorney Ronald Mercaldo, who represents Angel Gradillas, who was 14 at the time of the May 5 crash.

According to the Arizona Department of Public Safety, Tambra Hoskins was southbound on Interstate 19 in the northbound lanes when she struck a vehicle driven by Edith Munoz at about 12:45 a.m just south of Continental Road. Hoskins, 52, and Munoz, 41, died at the scene along with Munoz's sons Mario A. Gradillas, 24, and Saul E. Gradillas, 19. Angel Gradillas, was ejected from the vehicle and suffered head injuries and several broken bones.

Hoskins' blood-alcohol level was 0.318, according to a toxicology report. A blood alcohol concentration of 0.08 can result in a DUI charge in Arizona; extreme DUI is 0.15.

The Arizona Department of Liquor retraced Hoskins' final hours and discovered she spent time drinking at the three watering holes in the hours prior to the crash. Investigators recommended sanctions against American Legion Madera Post 131 and the 19th Hole Bar and Grille, both in Green Valley.

Investigators determined Hoskins had two vodka tonics (1 oz. vodka, 15 oz. tonic water) and three Fireball whiskey shots during the 1 hour and 40 minutes she was at the East Street Lounge. However, they determined the lounge employees did not violate any liquor laws.

The post was accused of allowing Hoskins to drink on duty and leave the premises with alcohol. Its representatives agreed to a $750 fine to resolve the case, said Jeffery Trillo, assistant director of the licensing and administration division of the Department of Liquor.

The 19th Hole Bar and Grille agreed to pay a $9,000 fine and serve a seven-day liquor license suspension for allowing an intoxicated person to remain on their premises and for continuing to serve her, Trillo said. She was at the bar just over an hour.

According to reports, a manager said she had a little "buzz" on when she arrived. A bartender said he noticed Hoskins slurring her words about 15 minutes after she arrived, and by the end of the evening described her as "inebriated." The bartender said Hoskins was told he wouldn't be serving her any more drinks but said he did not pull the drinks she had. He also said he asked Hoskins if she'd be driving and her boyfriend, Michael D. Jackson, said he'd take care of her. The bartender left the bar at 12:30 a.m. and saw the couple in the parking lot.

When a DPS trooper first spoke with Jackson, he asked if Hoskins had too much to drink that evening. According to the report, Jackson responded, “Do I really l have to talk about this?” Later, Jackson said the 19th Hole mixes "very strong drinks" and he thinks the last drink Hoskins had "put her over the edge."

Jackson told an investigator that as they left the bar, "he and Hoskins tried to hold hands, but they could not walk straight and that Hoskins had a hard time walking," according to the report.

Jackson said they were both drunk and he recommended she drive to her mom’s house a short distance away, but she said her mom didn’t like to be woken up, according to the report. When he offered to drive her to his house or her house, she declined, Jackson said. “She informed him that she drives home in this condition all the time,” according to the report. “Jackson told me that Hoskins appeared to be getting upset at him, so he asked her to call him when she arrived at her house.”

Jackson said he saw Hoskins leave the parking lot and get onto the interstate. "He also told me that he thought he had seen Hoskins entering the interstate using the correct on ramp, but did not realize that she hadn't," according to the investigator. The crash happened within the next few minutes.

The post and the 19th Hole could have received a warning or had their licenses permanently revoked, Trillo said.

Hoskins' insurance company immediately settled with the family, but Mercaldo filed a claim against all three establishments on behalf of Gradillas, his father, Mario Gradillas, and his grandmother, Manuela Reyes Miranda. The three opted to settle with the family rather than risk a lawsuit, Mercaldo said.

The attorney said the establishments were all forthcoming during the process.

"The bars were transparent in that they were cooperative with investigators," Mercaldo said. "Hopefully they've learned a lesson about over-serving customers and protecting other people."

There are consultants who can be hired to teach bartenders and servers various ways to count drinks and monitor patrons' behavior to ensure they aren't being over-served, the attorney said.

It is his hope the settlement will have an impact on all three establishments and other bars, he said.

Angel now lives with his father in Tucson, Mercaldo said.

"They seem to be doing OK," he said. "Angel is receiving physical therapy and going pretty well. He's had a number of surgeries to repair all of his fractures. He's back in school now."