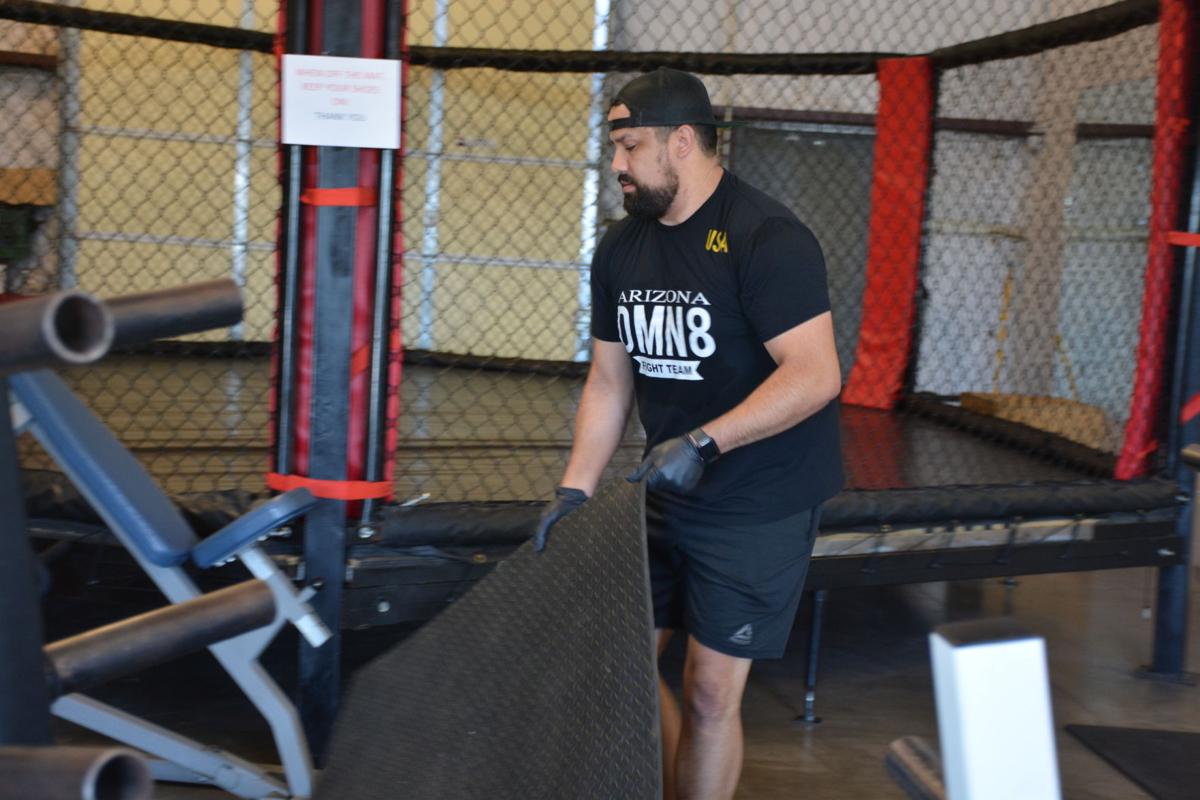 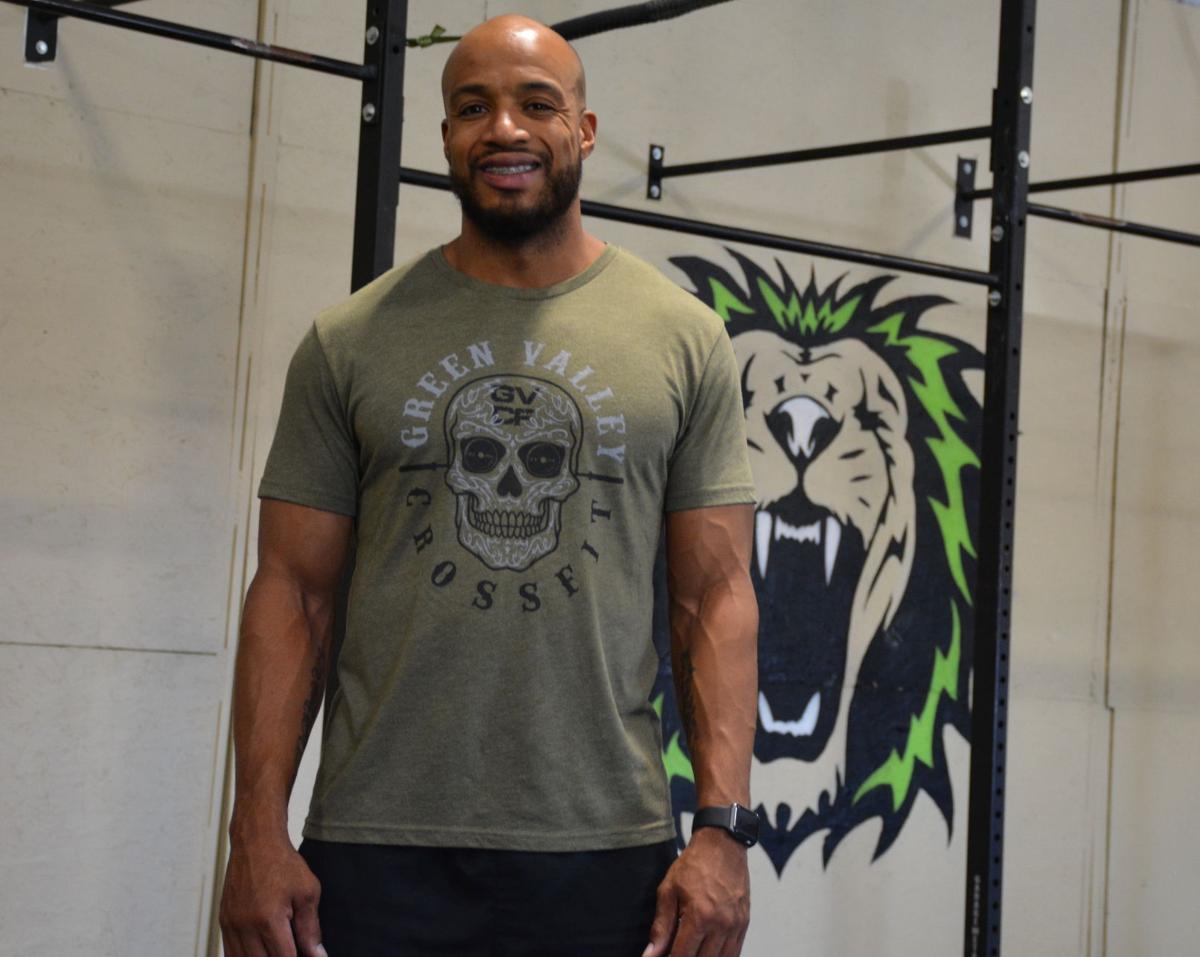 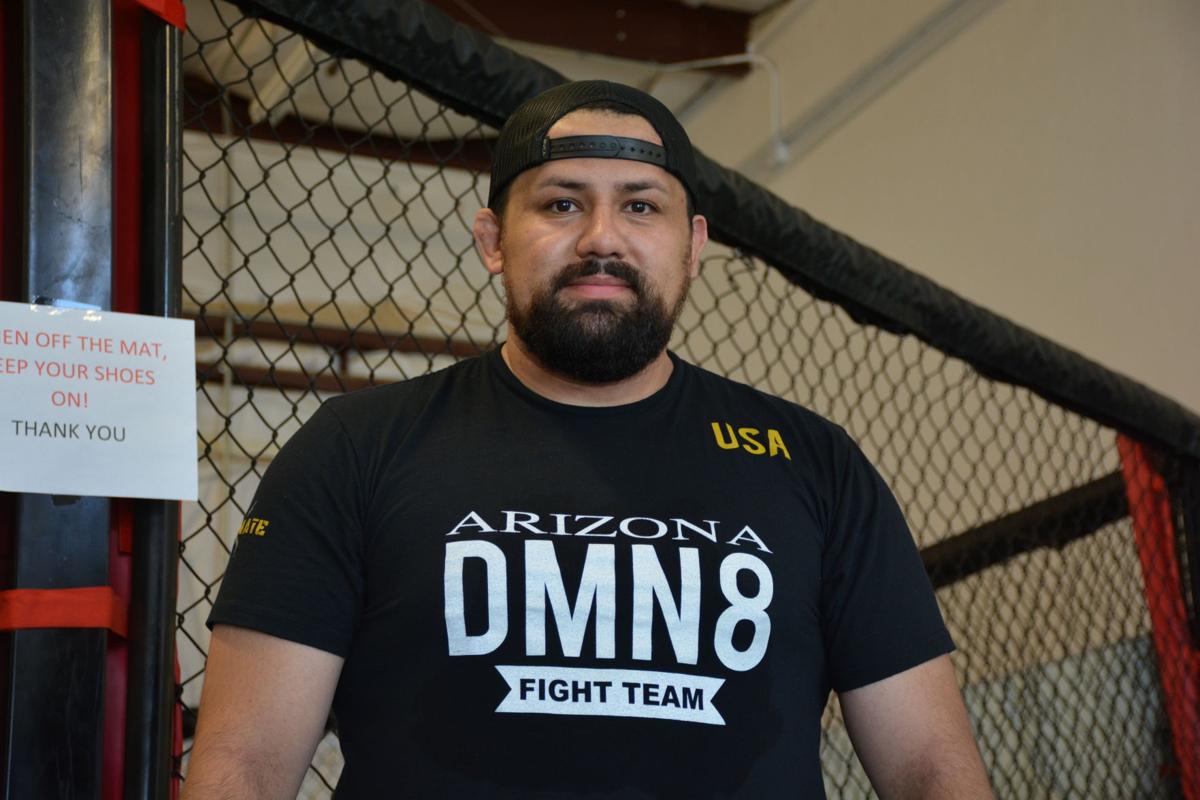 Bernie Arenas said Monday's shutdown comes as he was finally recovering from the first one that ended in March.

Gov. Ducey's decision Monday to shut down gyms, bars and other venues in the face of increase coronavirus cases has left local businesses wondering if they can survive another month with the doors closed and if clients will hang in there with them.

Ducey signed an Executive Order closing those facilities along with waterparks, indoor movie theaters, big local events and tubing operations. It took effect at 8 p.m. that evening and is place until July 27; it will be revisited every two weeks.

Jay Hamill, co-owner of GV Athletics, formerly GV CrossFit, heard about Ducey's order from a friend while in the middle of a training class Monday. Hamill called the facility's other owner, Jesse Duran, to see if the news was accurate and to come up with a game plan.

"We're trying to figure (it) out and, honestly, a five-hour or less window to figure out what you're going to do for the next 30 days; I didn't know that easily," Hamill said. "I'm not that financially stable to just be like, 'Yeah, man, I'm going to go take a vacay for 30 more days and not do anything because I've got it like that.'"

Dominate Fitness owner Bernie Arenas said he was uncertain as to whether Ducey's order would apply to him. However, he decided to err on the side of caution after reading businesses could have licenses suspended for non-compliance.

"So we said we'll shut down for one month, and, hopefully, it's not longer than that because we were just now recovering from the last shutdown," he said.

Madera Fitness owner Che Thompson said he had a feeling something was in the works but didn't expect a second shutdown.

"But when I found out that he did, I couldn't be too surprised just because of the numbers lately and how they've been rising," he said. "I guess somewhere in the back of my head I kind of knew it was going to come."

Ducey said the decision was in response to the increasing coronavirus positivity rates. He said the positivity rate increase was the result of spread and not increases in testing.

The order prohibited events larger than 50 people without local government approval along with adequate safety measures. The order also exempted religious and free-speech gatherings Ducey said are protected by the Constitution. He also ordered the Department of Liquor Licenses and Control to stop issuing special event and festival licenses.

The order also prohibited groups of 10 or more from congregating at public accommodation pools such as hotels. Ducey exempted private pools in HOAs and recreation centers, provided they have signage telling people to distance and groups larger than 10 people shouldn't congregate, though not expressly forbidden.

Monday's sudden closure came as businesses were recovering from the state's last mandated shutdown, which ended in May.

"I finally saw the light," he said of the business. "I was busy, money was coming in, I had it flowing really nice and then (the first shutdown) just hit like that. It's funny because I was telling my clients that this was the first year I woke up on New Year's and had some nice cash in my pocket, and I feel good."

Thompson hopes the new shutdown doesn't persist like that last one, which lasted nearly two months.

With only $1,000 in stimulus assistance and offering to suspend membership dues, Arenas laid off all of his employees during the first shutdown and is still a one-man operation. He said he was finally starting to bring in new members who were canceling out losses from the first shutdown.

Arenas is again offering to suspend memberships during Ducey's latest shutdown. He isn't too concerned about losses during this shutdown provided it doesn't last longer than one month.

GVNews has launched a SURVEY to better understand your needs around community conversations.  By taking the survey, you'll be entered into a drawing to win one of five $100 gift cards for Los Agaves Mexican & American restaurant in Green Valley.

"I'm going to give them the (suspension) option again," Arenas said. "Hopefully, it's just these 30 days, because then I start feeling bad after that. I just can't take their money, and nothing is open."

Hamill said the shutdown hits his income on two levels. In addition to closing the facility, he had to end his massage business. While he is confident both his and Duran's business will pull through, he doesn't understand why Ducey included facilities like GV Athletics.

Hamill said he doesn't think Ducey's order will make COVID-19 numbers trend downward since it only includes a few industries.

Hamill said facilities like his shouldn't be included with gyms and bars because they have far more control over the environment.

GV Athletics has classes ranging from six to 18 people separated into personal training stations with 10-foot spacing. The training sessions are also not dependent on weight-lifting machines and fixtures like large gyms.

Hamill questioned why he should count as a gym when he could just as easily take a class outside and perform the same sessions provided indoors.

He also said gyms and training facilities have far more control over sanitizing public areas and screening members than a bar would.

Arenas said Dominate didn't have a single case of COVID at their facility and required screenings, including temperature checks, prior to coming in the building.

While Dominate and GV Athletics rely on training more than machines, Madera Fitness uses a mix of both.

However, Thompson said Madera is far smaller than large corporate gyms, which gives him far more control over sanitation.

"It kind of shows that the people doing this really aren't going to the gym and looking around," he said.

With smaller crowds allowing for more distancing and better cleaning, Thompson said it's a shame that those gyms following protocols are now going to suffer.

David Reilly, owner of Undisputed South — which is in the middle of a move from Sahuarita to Green Valley — said Ducey's order came as a shock to him Monday.

"We had no advanced warning, no more indication than any other Arizona resident that either their work or their business would be closed down," he said.

Reilly said his major criticism for Ducey would be the lack of communication from the governor's office.

"I don't think there is a plan for us in truth," he said. "I think the governor dug his heels in because he realized he had opened up far too soon and then just pulled the ripcord yesterday," he said.

He said Ducey's order left him with a few hours to come up with a plan for his business and the 45 staff members on the payroll.

"I'm concerned that he realizes he did such a bad job initially that now he wants to make sure that he stays closed for even longer if need be," Reilly said. "So now my major concern is that the businesses listed in his initial Executive Order, we're only going to be the tip of the iceberg. We're simply going to have to stay closed longer than everyone else."