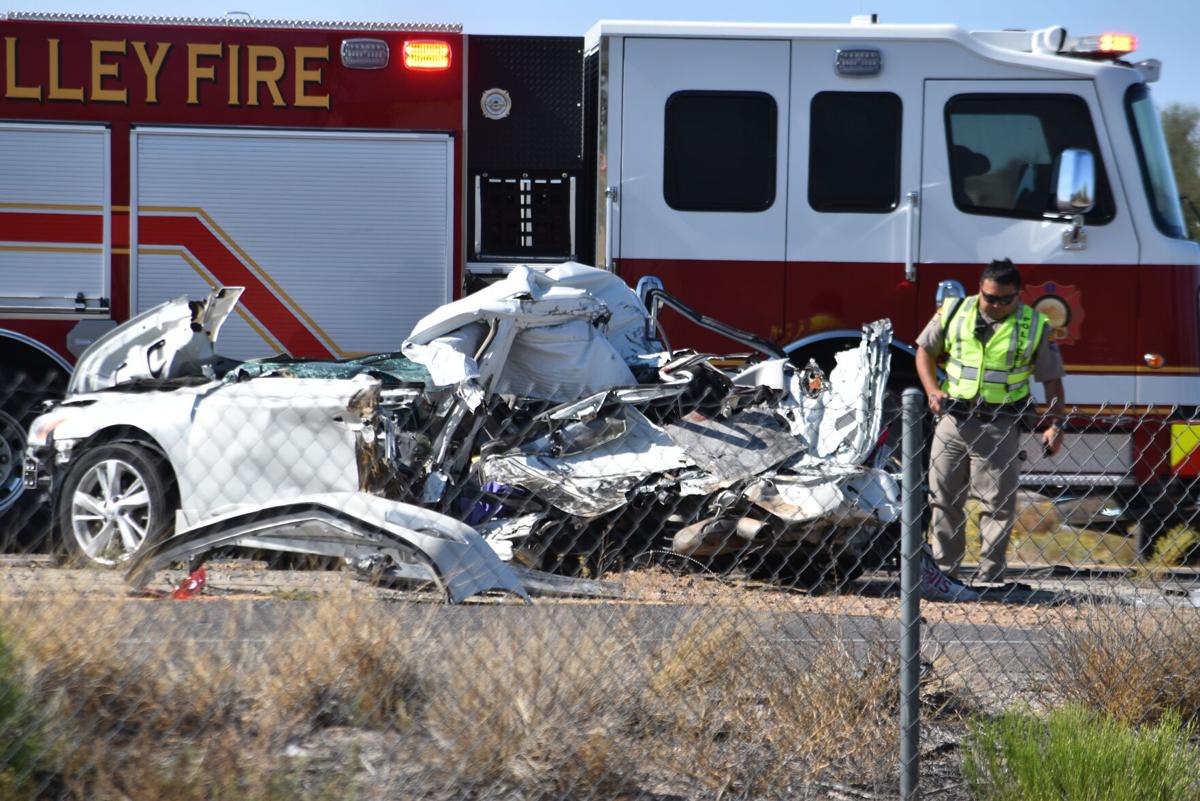 A DPS officer at the scene of a crash Thursday in Sahuarita on I-19 just north of Duval Mine Road. 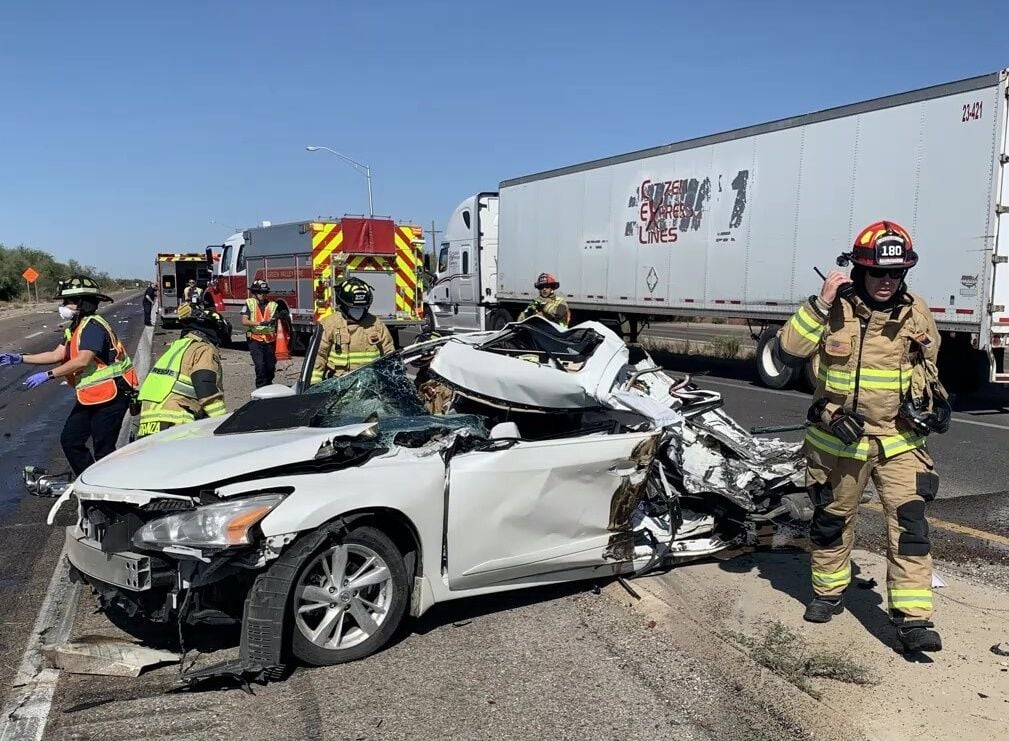 Fire crews work a crash scene Thursday on I-19.

A DPS officer at the scene of a crash Thursday in Sahuarita on I-19 just north of Duval Mine Road.

Fire crews work a crash scene Thursday on I-19.

A second person has died following a crash Thursday on Interstate 19 north of Duval Mine Road.

A passenger in the car died after she was taken to a hospital; the driver was pronounced dead at the scene, according to the Department of Public Safety.

They were identified as Dennis Sherrill, 71, and Carolina Sherrill, 62, of Green Valley, who were married.

According to DPS, the vehicle was southbound on I-19 at 12:43 p.m. when the driver misjudged while passing another vehicle. The car clipped that vehicle, the driver lost control and rolled into northbound traffic where it collided with a semi, causing a fuel tank to rupture.

Dennis Sherrill was ejected and died at the scene; Carolina Sherrill was extricated and taken to a Tucson hospital where she died. The driver of the semi was not injured.

Northbound I-19 was closed for three hours for the investigation, according to DPS.