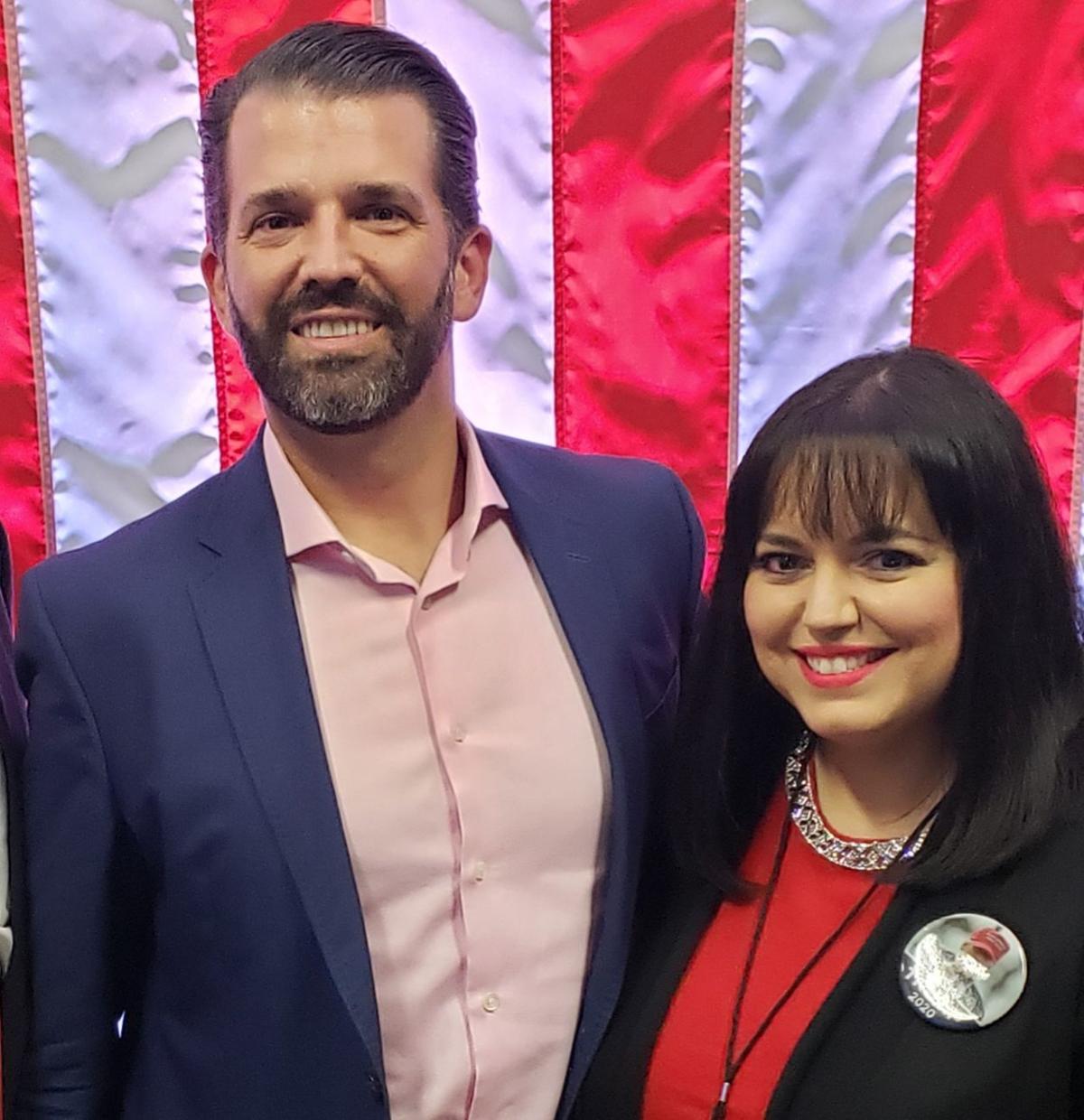 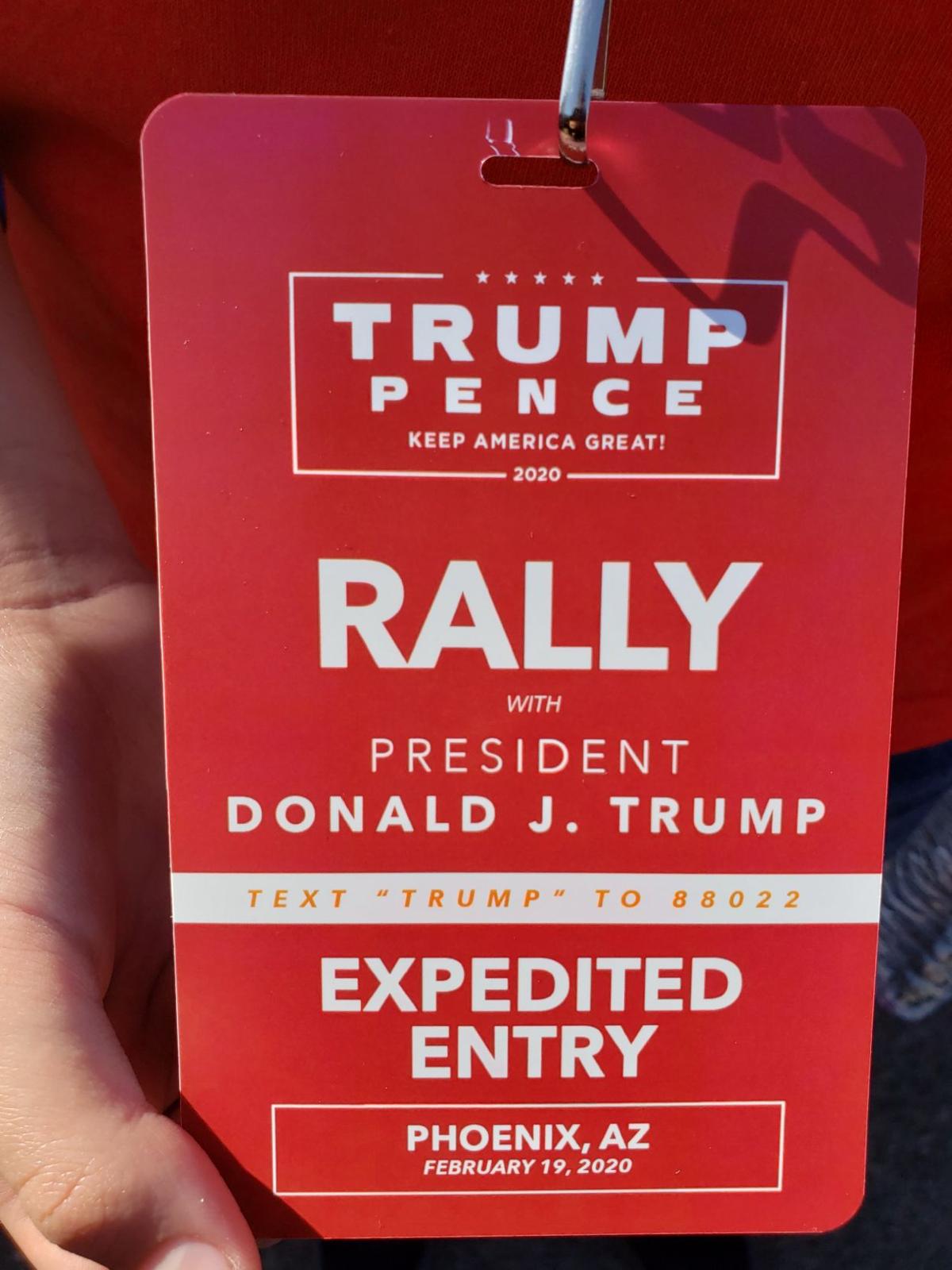 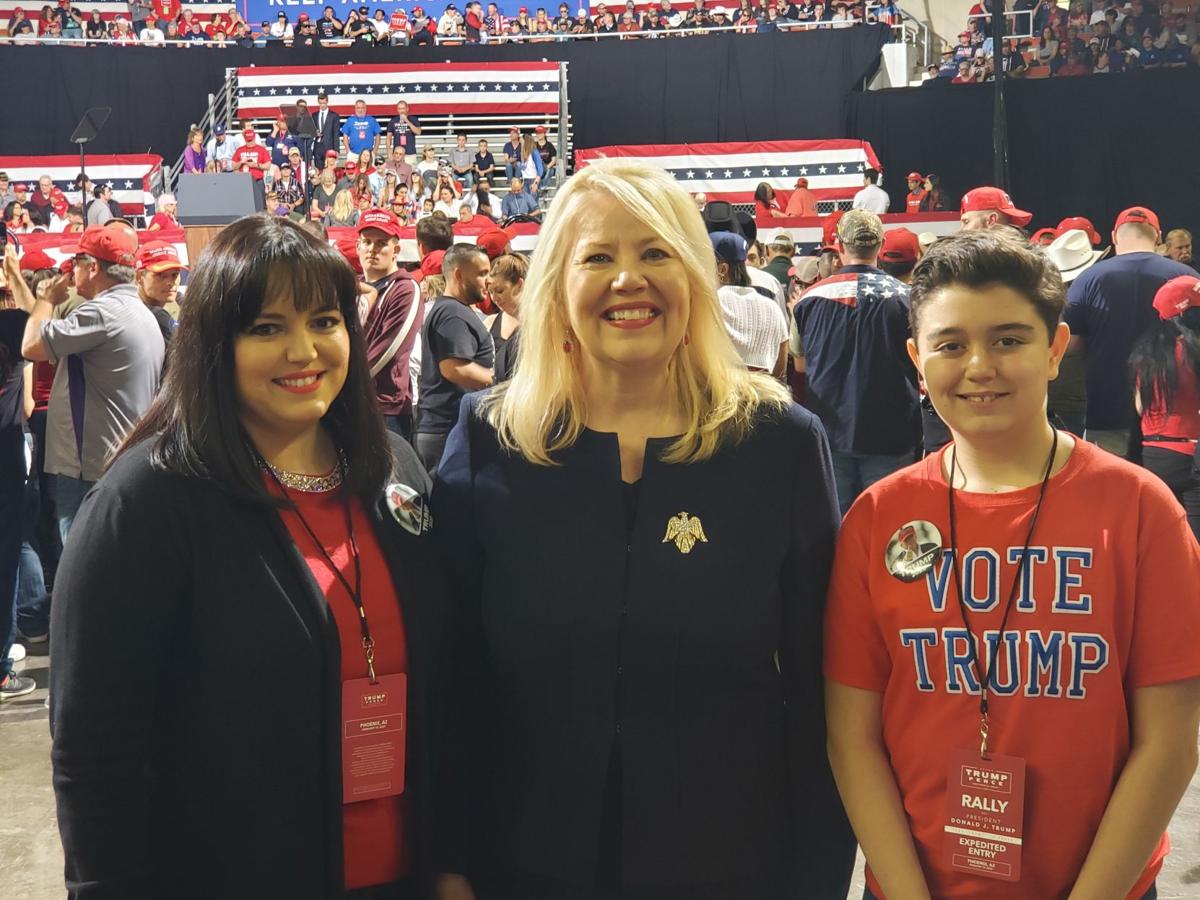 Yvette Serino has had a lot of big moments in her career but she says it was all in preparation for Wednesday, when she sang for the president.

Serino, who lives in Sahuarita, got the call from President Trump’s state campaign manager about two weeks ago, but landing the invite was months in the making. It involved networking, social media, a few nudges and, ultimately, a quickly put-together demo tape to prove she had the pipes to pull off the national anthem in front of 15,000 people.

Serino, who performed as Yvette Gonzalez until Wednesday, says singing “The Star-Spangled Banner” isn’t a moment for just one party.

“People should just remember who we are and what we stand for, and that we all should be united no matter what’s going on in the world. It doesn’t matter if you’re a Democrat or Republican, the song should unite America,” she says.

“This is what I’ve always wanted to do,” she told those in the room. The county Republicans got behind her, talking her up among their contacts and friends on the next level and spreading the word that she was exceptional.

Serino isn’t a tough sell in the talent department. She’s opened for big-name country acts for years and was among 195 people who made it to Hollywood for Season 5 of “American Idol” in the 2005-06 season. That’s 195 out of 320,000 who auditioned.

In 2010, she won Tucson Mariachi Idol, and has sung solo or with groups for years at dozens of events.

In November, she attended a campaign event in Tucson led by Trump adviser and daughter-in-law Lara Trump and met campaign workers. She friended them on social media and sent them recordings of her work.

When she got the call earlier this month, she didn’t even know Trump was headed to Arizona.

“Are you available?” a campaign worker asked, without offering any details. They asked for a demo tape “as soon as possible,” and Serino recorded it in one take at a Tucson studio that day.

The engineer, who has worked with big-name acts, was so struck by her voice and intrigued by the mystery surrounding the recording that he said, “This one’s on me,” and didn’t charge her.

“In the middle of the week they did a background check, and this past Monday I found out for sure that I was going to sing for him and that he was coming,” Serino says.

On Wednesday, she, her mom, Connie, and son, Angelo, headed to Phoenix. They arrived at 12:30 p.m. and went inside the coliseum with other VIPs, about six and a half hours before the event began. Thousands outside the arena were waiting to get in at 3.

Once inside, “I met a lot of good people. My son loved it, he even made a T-shirt.” It reads, “Vote Trump.”

“It was very well-organized, everybody was prepared,” Serino says.

She didn’t meet the president — he was busy with dignitaries and high-dollar donors — but she spoke to Sen. Martha McSally, Rep. Debbie Lesko and talked quite a bit with the president’s son Donald Trump Jr.

“He’s totally amazing,” she says of Trump Jr. “They’re just wonderful people. I think a lot of people form opinions, obviously because it’s politics. But I think when you talk to them in person then you really know how they are. I think people would probably change their minds.”

When she was up, Serino faced the largest audience of her career in the packed hall. And, singing a cappella,  she didn’t miss a note.

“As far as the national anthem, I’ve done it my whole life but I realized that I guess I was practicing for something like this because this is so important. I guess it was God preparing me for this moment.”

Serino spent the rest of the evening in VIP seating to the side of the stage. She figures she and her family pulled out of the parking lot that night about 10 p.m.

Serino comes from a family with a long history in Nogales politics. She was raised a Democrat and later became a Republican. She knew singing at a Trump rally was going to bring some criticism, especially on social media.

“Some people were happy for me and some people weren’t,” she says. “Some people said some things to me that were not nice. But, I did a post on my Facebook and said I was raised to respect everybody and my grandfather was a politician in Nogales … and he taught me to treat everybody the same and to respect everybody no matter what their party preference was… We never said anything bad about anybody. But now it’s just really changed and has grown into something that’s just so uncontrollable.”

Her grandfather, Tony Serino, always told her those who won at the ballot box deserved respect even if you didn’t agree with them.

“I think America has lost that and we have to get that back somehow,” Serino says.

She hopes it isn't the last time she'll sing for the president. Her goal? “I want to sing at President Trump’s inauguration when he wins.”

She’s already working on it: “I actually asked Donald Jr.”