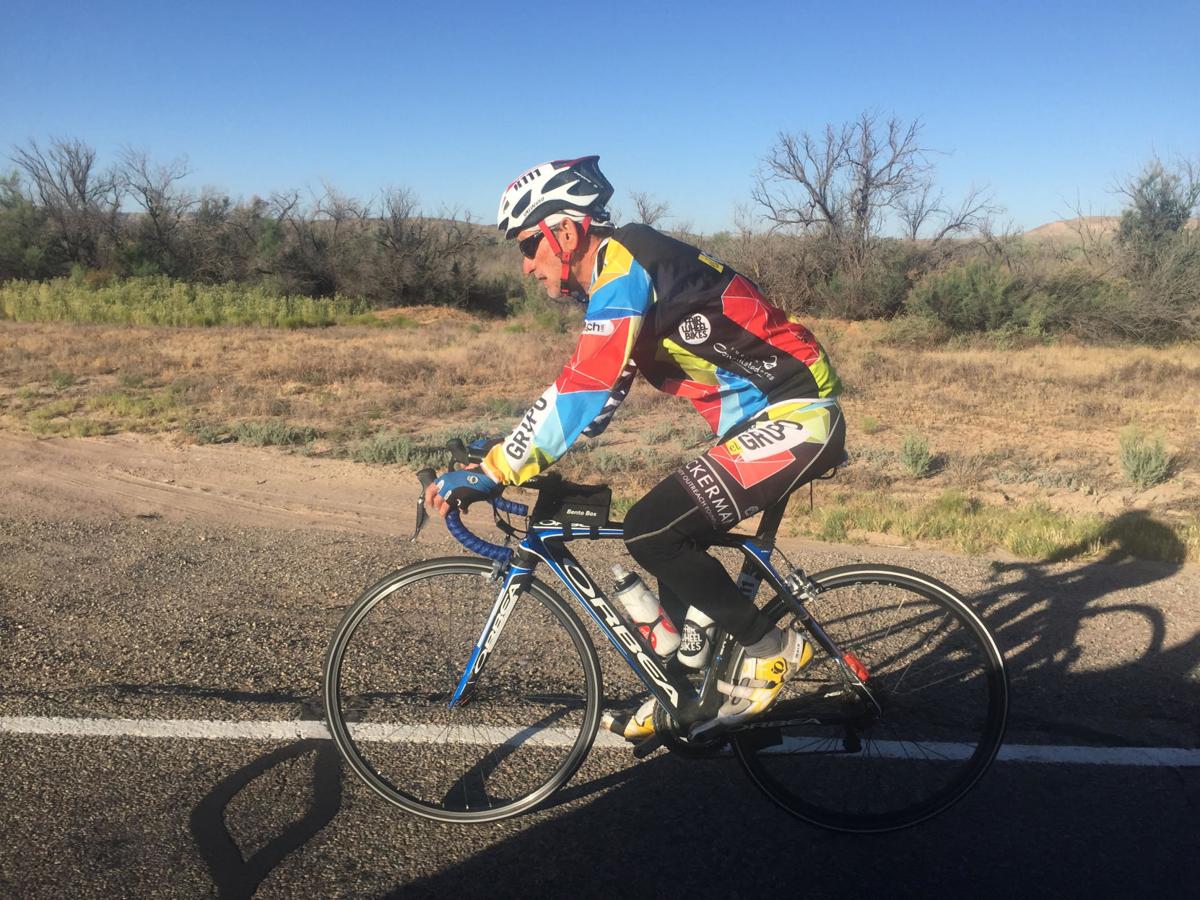 Mark Mandel riding near the San Juan river west of Aneth, Utah, during the Race Across the West in 2014. 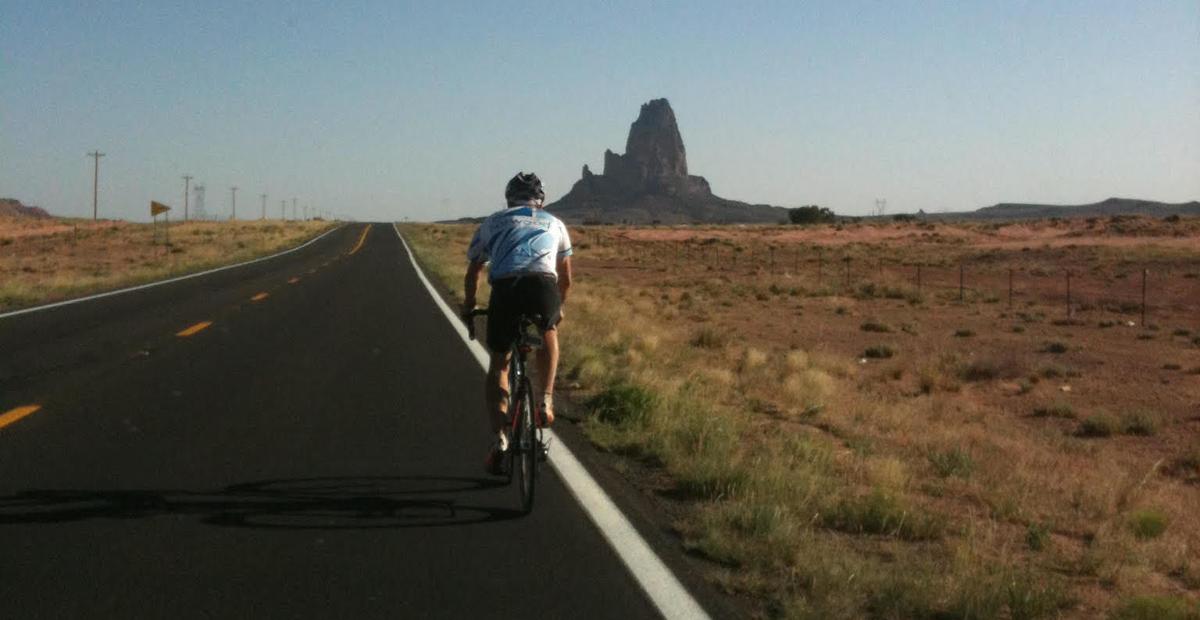 Ken Shuart rides down a long stretch of road in Monument Valley during the 2014 Race Across the West.

Mark Mandel riding near the San Juan river west of Aneth, Utah, during the Race Across the West in 2014.

Ken Shuart rides down a long stretch of road in Monument Valley during the 2014 Race Across the West.

Quail Creek resident Mark Mandel is ready to hit the pavement June 15, as he pedals from Oceanside, California, to Annapolis, Maryland, raising money for charity and enjoying the thrill of competition in the Race Across America.

The 36-year-old race covers more than 3,000 miles and spans 12 states as cyclists race in solo or two-, four- and eight-person relays. Mandel will participate with teammate Ken Shuart from Washington, D.C. The men, team JPsDuo, will keep in motion 24 hours a day taking turns and resting in an RV following closely behind.

"Each of us will take a turn, 45 minutes to an hour, then the next person will get on their bike and go 45 minutes to an hour," Mandel said. "And in the evening, so we can get a little bit of sleep, we'll probably go between two and three hours. By day two or three you start going into sleep deprivation."

Mandel said they plan to cover 350 to 400 miles a day and complete the race in 7.5 to 8.5 days. While personally covering the more than 1,500 miles for Mandel's half of the relay may seem extreme, this isn't the first time he has raced a long distance.

Mandel, 62, has participated in triathlons since 1989, which have a biking component, and has been concentrating purely on cycling events since 2010. In 2011, Mandel covered 1,760 miles while cycling the perimeter of Arizona. He also spent 17 days cycling cross country, averaging 170 miles per day.

While he has raced solo and in relays, Mandel is grateful to have a partner who matches him in ability, a partner he was lucky to find through his coach, Justin Peschka.

And the two cyclist have developed a friendship and visit each other outside of competitions.

Now semi-retired, the former computer software engineer now runs his own massage business and has even more time to spend cycling. With a laugh he said work never slowed him down when it came to staying active or competing.

In this race, as he has in previous races, Mandel will raise money for El Grupo Youth Cycling in Tucson, an organization he's worked with for eight years. Mandel plans on giving 50 percent of the money raised to the organization.

The rest will help fund the race. And with registration fees, an RV, trail vehicle and 11 crew members all part of making the trip happen, the expenses add up. Mandel estimates it will cost $20,000 to $25,000 to make the trip.

Mandel has sponsorship, including Robson Resort Communities, but he has been trying to raise the bulk of his money through $25 individual donations. Currently, Mandel is at $5,000, but he will keep his GoFundMe page up until he crosses the finish line. With progress tracking and Facebook updates, Mandel said donations will hopefully follow as he keeps going.

While there is no shortage of work between funding and  training, there is plenty Mandel has to look forward to along the way. The public reception in some towns has been a welcome sight.

"You see some of them go all out," he said. "Some of them have all sorts of people there clapping. It's not like Tour de France where there's all kinds of people up on the sides of the mountains following the cyclists, but let me tell you, for a cyclist it only takes one or two people and it's exciting."

Mandel also finds himself lucky to have such a supportive wife, Laura, who will be joining him. While long competitive rides around the country can strain relationships, Mandel and his wife found a way to share in the event. Laura will be in the RV and plans to prepare a variety of dishes to help keep the team pushing along to the finish line.

"She gets to be part of the adventure, she gets to be with me, I get to be with her and we get along real well," Mandel said. "Some people don't do that. Some people just consider it the guy or the gal riding and don't include the spouse. I guess I'm a pretty lucky guy."