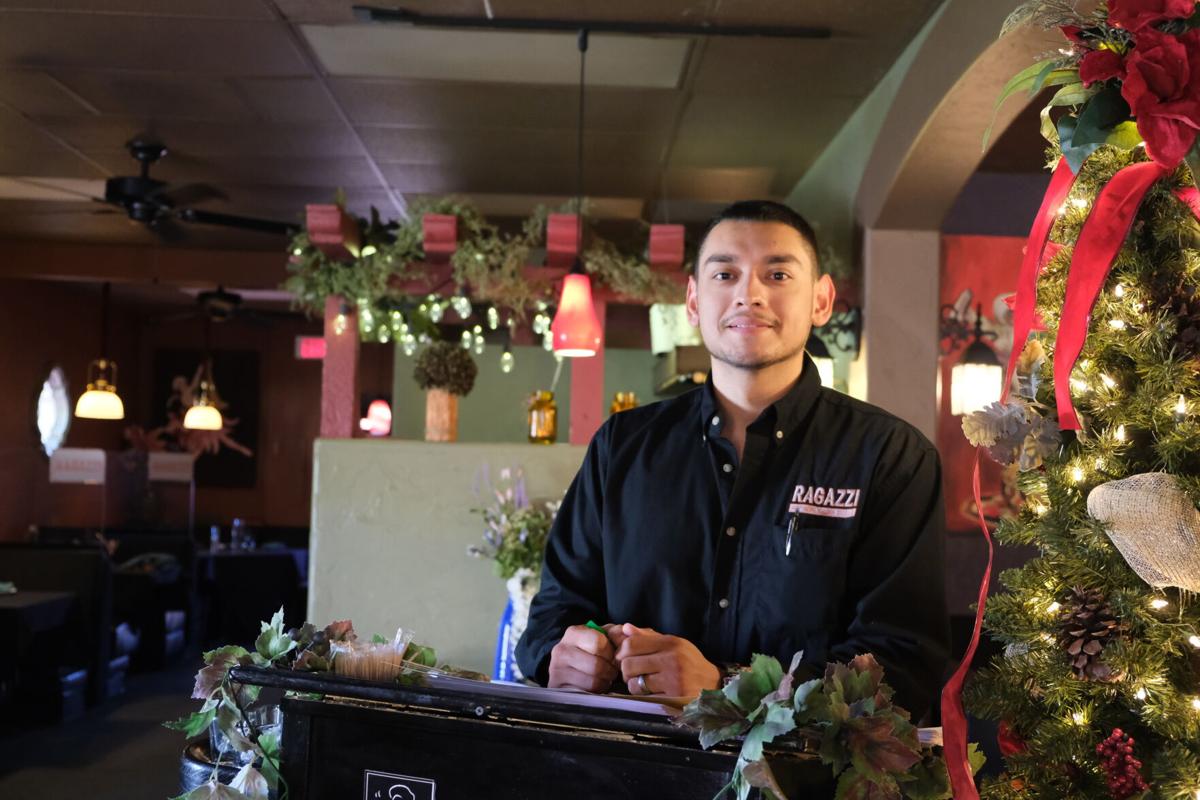 Fernando Contreras Jr., stands in Ragazzi Italian Restaurant, where he says the effects of inflation have had a "domino effect" on their bottom line. 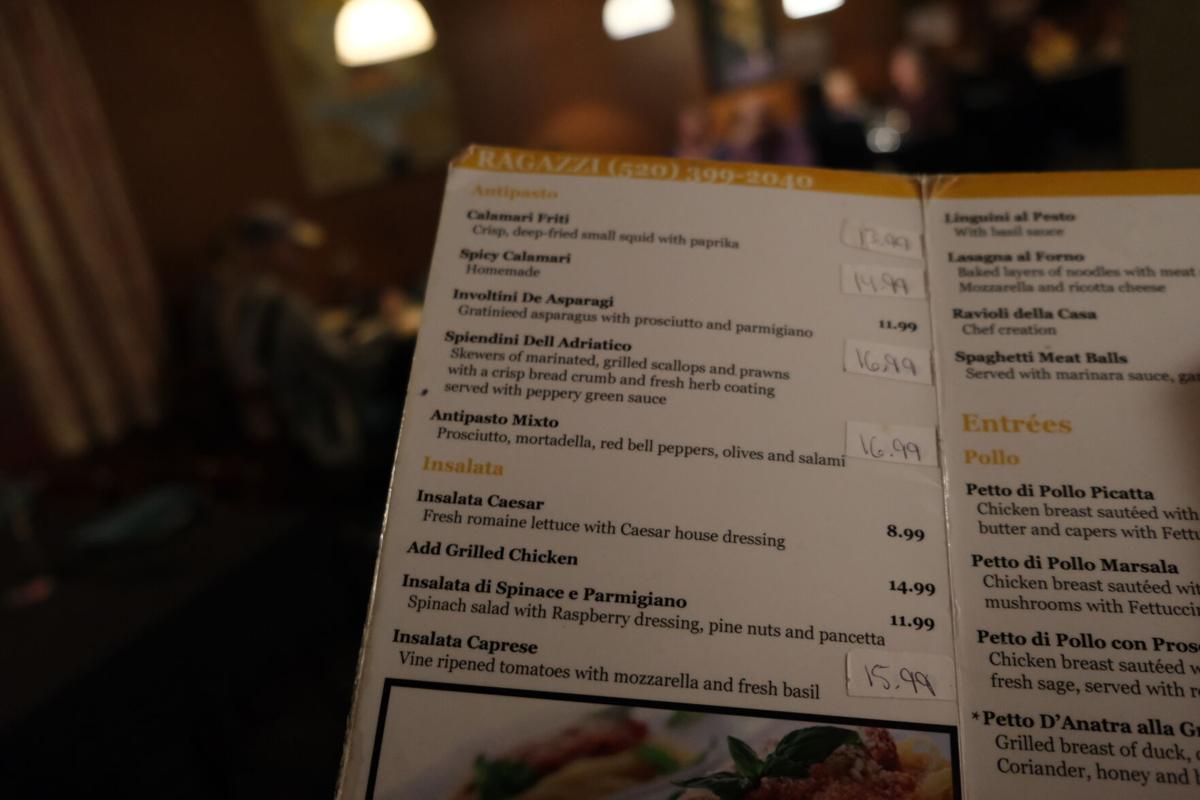 Product scarcity and inflated costs have left many businesses scrambling to re-price items on store shelves and menus, like this one at Ragazzi Italian Restaurant. 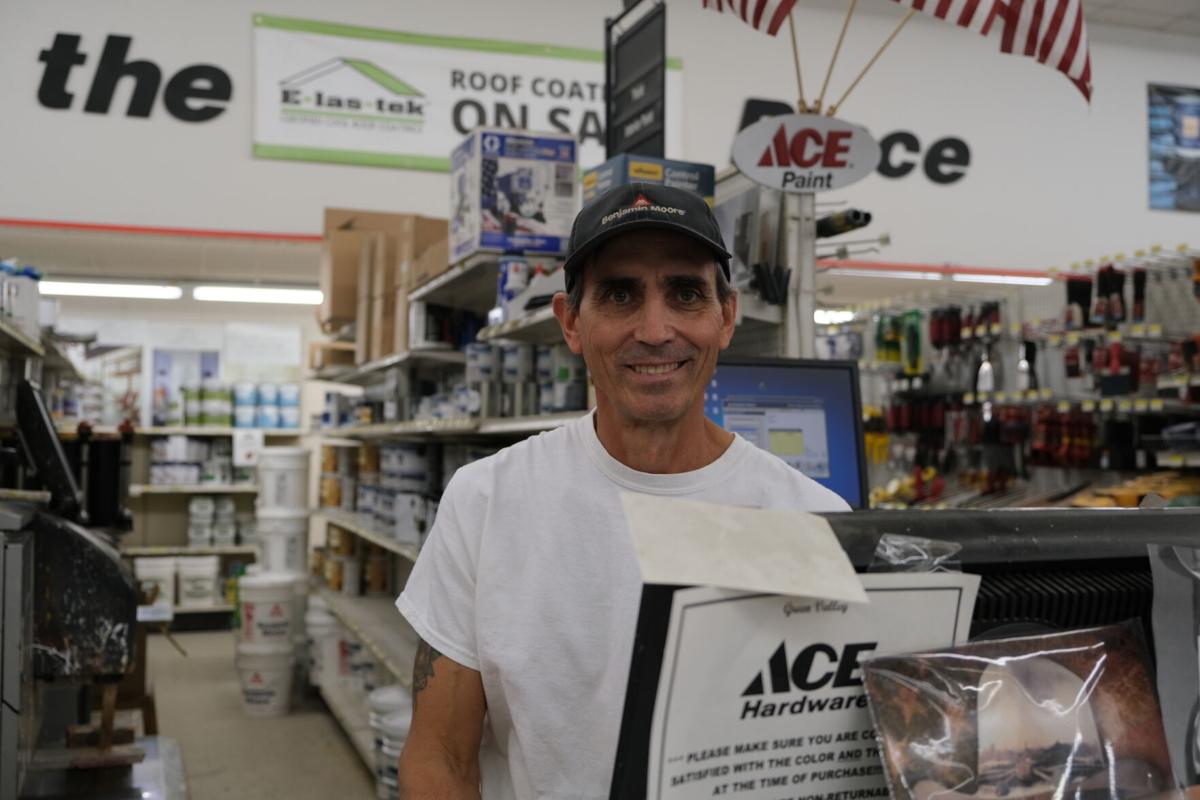 Mike McAuliffe, manager of the Ace Hardware in Green Valley, says though he's increased employee wages about 10 percent over the past year, his workers still "can't buy as much as they used to." 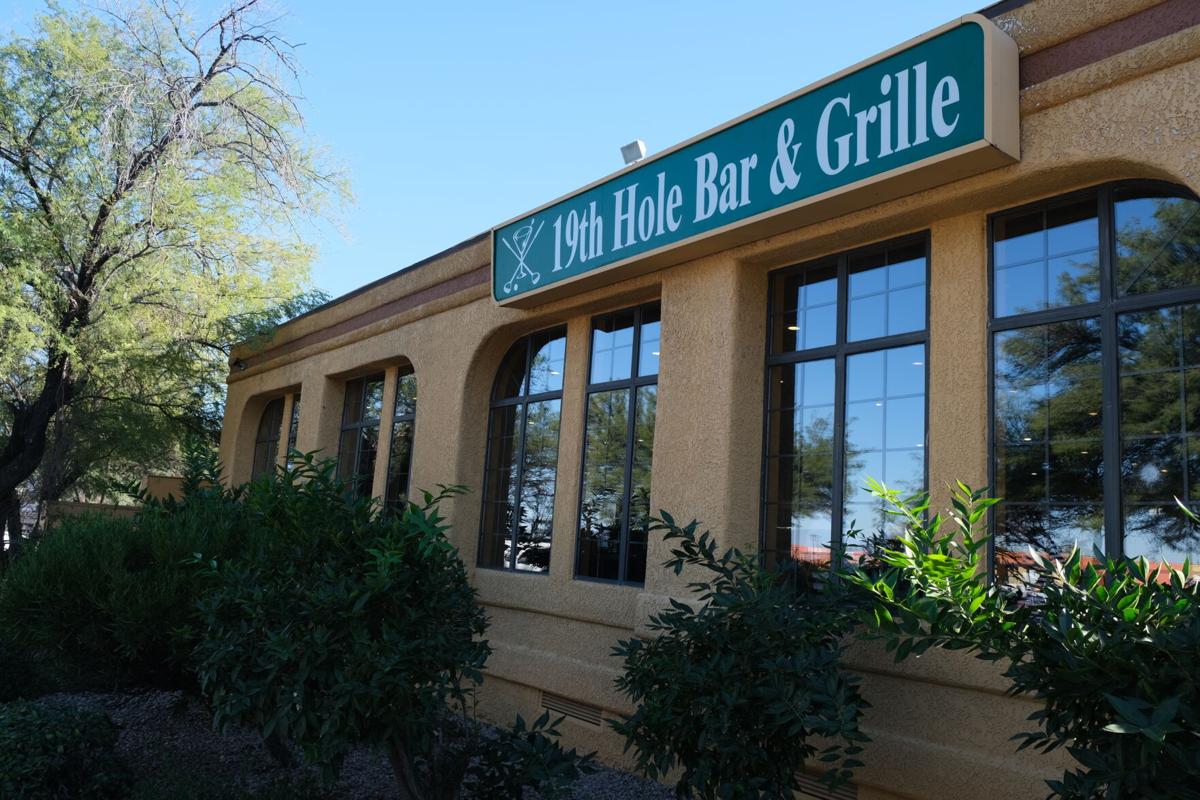 Greg Hansen, owner of the 19th Hole Bar & Grille, said his restaurants have faced price hikes from wholesale providers, which has meant menu changes and price increases for customers.

Americans are paying more for pretty much everything they’re buying on a day-to-day basis, according to data from the U.S. Labor Department released Wednesday.

The inflation rate hit a 30-year high last month, increasing 6.2 percent from a year ago across a broad range of products in the Consumer Price Index, which measures the change in price consumers pay for things like food, clothes, rent, fuel, transportation and health care.

Energy, shelter and vehicle costs led the gains, with fuel oil prices rising 12.3 percent for the month and 59.1 percent over the past year. Energy prices overall rose 4.8 percent in October, up 30 percent for the 12-month period.

Used-vehicle prices were also a big contributor, increasing 2.5 percent over the past month and 26.4 percent so far this year. Prices for new vehicles saw a similar trend – up 1.4 percent for the month, and 9.8 percent year over year.

“There’s so few new cars to buy, I’m seeing people keeping their cars longer than they’ve ever kept them, which means quite a bit more work to do on these vehicles when they come in to me,” Polsky said.

Polsky’s shop has been in good shape as long as he can get the parts, but that’s not always the case.

“There are some internal engine parts, for example, that we haven’t been able to get for months. We have an engine sitting here out of a car that’s been a few months waiting on parts. So there’s an individual that’s going without their car,” he said.

“We’re also having issues getting oil filters, air filters, cabin air filters – some of the most basic things for cars there’s shortages of right now, and that shortage is in turn driving up prices.”

Food prices also showed a sizable increase – up 0.9 percent from September to October, and 5.3 percent for the year. Meat, poultry, fish and eggs within that category have collectively risen 1.7 percent for the month and 11.9 percent since October 2020.

Fernando Contreras Jr., who’s worked at Ragazzi Italian Restaurant for about five years, said he’s seen an estimated 30 percent increase in what they are paying for meat and fish now compared to pre-pandemic levels.

“It started with COVID when we were forced to kind of shut down and do take-outs and deliveries, and then this year there’s been a whole problem with higher prices on a lot of our products, and the scarcity of them,” Contreras said.

It’s been difficult to get a hold of “simple things,” he added, like to-go containers and pizza boxes, which has a domino effect on the restaurant’s bottom line.

“Before, we would just go to our place and pick up whatever. Now, we’re going to several different places to see who has it, at what time they may have it, when it will be available next, or if it’s in limited quantities. That’s time and that’s gas money because our driver has to do three to four stops each day just to hunt down what we need,” he said.

“It’s gotten to a point – you can even look at our menu – where we’ve had to adjust the pricing because we just weren’t hitting the mark anymore. Our lunch specials used to be $9.99, and those had to go up to $12.99, and it all starts with the pricing of the product we get,” Contreras said.

“We saw an increase in our wholesale prices from our food suppliers – in the third quarter they went up over 10 percent. It was horrible,” he said.

After already making menu changes earlier in the year – increasing prices around 5 percent across the board – Hansen said he’s trying to hold off on doing it again but may not have a choice.

“We’re thinking we might have to do it again...or I’ll have to start making some significant changes to the menu, and no one wants to do that, either,” he said.

Price increases have also taken a bite out of employee earnings.

A separate report released Wednesday by the U.S. Bureau of Labor Statistics revealed that despite a 0.4 percent increase in workers’ average hourly earnings over the past month, those gains were wiped out by a 0.9 percent increase in the CPI from September to October.

Overall, real average hourly wages – wages adjusted for inflation, relative to the amount of goods and services that can be bought – are down 1.2 percent from last year, according to the report.

Mike McAuliffe, manager of the Ace Hardware in Green Valley, said he’s seen that in his own store after increasing employee wages about 10 percent over the past year.

“The wages have gone up here because they have to. But the bad news is, even though they make more they can’t buy as much as they used to. I can’t bring wages up that much,” he said.

The chasm between wages and buying power can also be seen in the pandemic-induced run on housing, which has worsened the affordability crisis for renters and potential homebuyers.

According to the Labor Department, the shelter index continued to climb 0.5 percent last month and has increased 3.5 percent since last year.

In the last decade, the median home price rose roughly 30 percent while incomes crept up just 11 percent over the same period, according to an analysis of data from the National Association of Home Builders/Wells Fargo Housing Opportunity Index.

Cade Olof, a Realtor with Suburban Real Estate, said he’s seen similar increases in local home sales – some prices are up 30 percent from the previous year.

“Buyers are having to wrap their heads around paying that much for a house that just one year ago was $50,000 or $80,000 less than what they’re asking now, and they’re really struggling with that,” he said.

And it’s not just purchasing prices increasing – across Southern Arizona, Olof said rental rates are also increasing quite a bit.

“We’re usually talking about something like a 5 percent increase a year, that’s pretty typical, but now it’s easily 10-15 percent increases – we’re talking like $100, $200 on some of these places – in just the next month,” Olof said.

“Most of our tenants are handling it well, but it’s a struggle with some tenants who maybe are not getting paid more at their job but see everything around them going up.”

“Everyone from the Federal Reserve to Wall Street agree with our assessment that inflation is already expected to substantially decelerate next year,” Psaki said.

Psaki added that in the face of rising costs for consumers “the real risk here is inaction.”

“If we don’t act on Build Back Better, we won’t be able to cut childcare costs in 2022, and we know that has a real impact on people’s lives. We won’t be able to get ahead of skyrocketing housing costs...it has a major investment in building new, affordable housing units….and we won’t be able to save American’s thousands of dollars by negotiating prescription drug prices,” Psaki said.

“Our view is this makes a strong case for moving forward with this agenda because what we’re really talking about is cost to American families, how it’s impacting them and that’s something that if we don’t act now, we won’t be able to address these things in the short term, either.”

On the Street: How has inflation affected you?