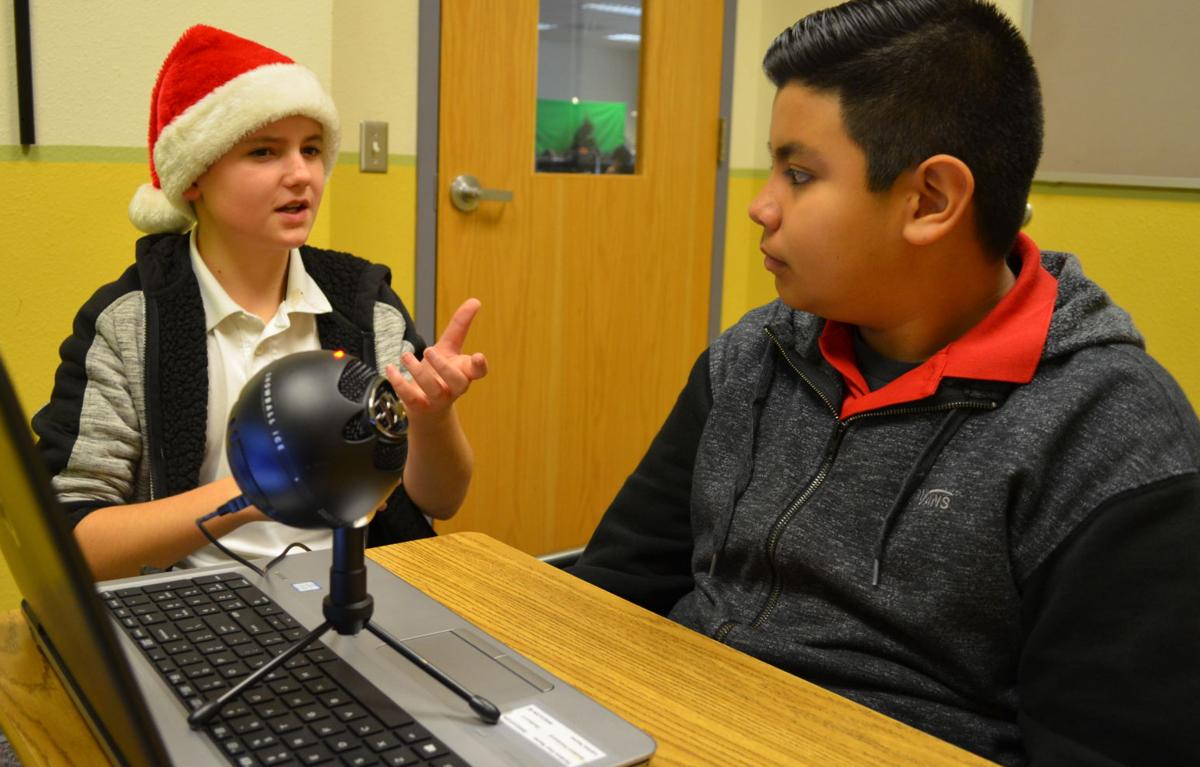 Sahuarita Middle School students Morgan Hightower, left, and Santino Marquez record a podcast about one of their favorite electronic games. 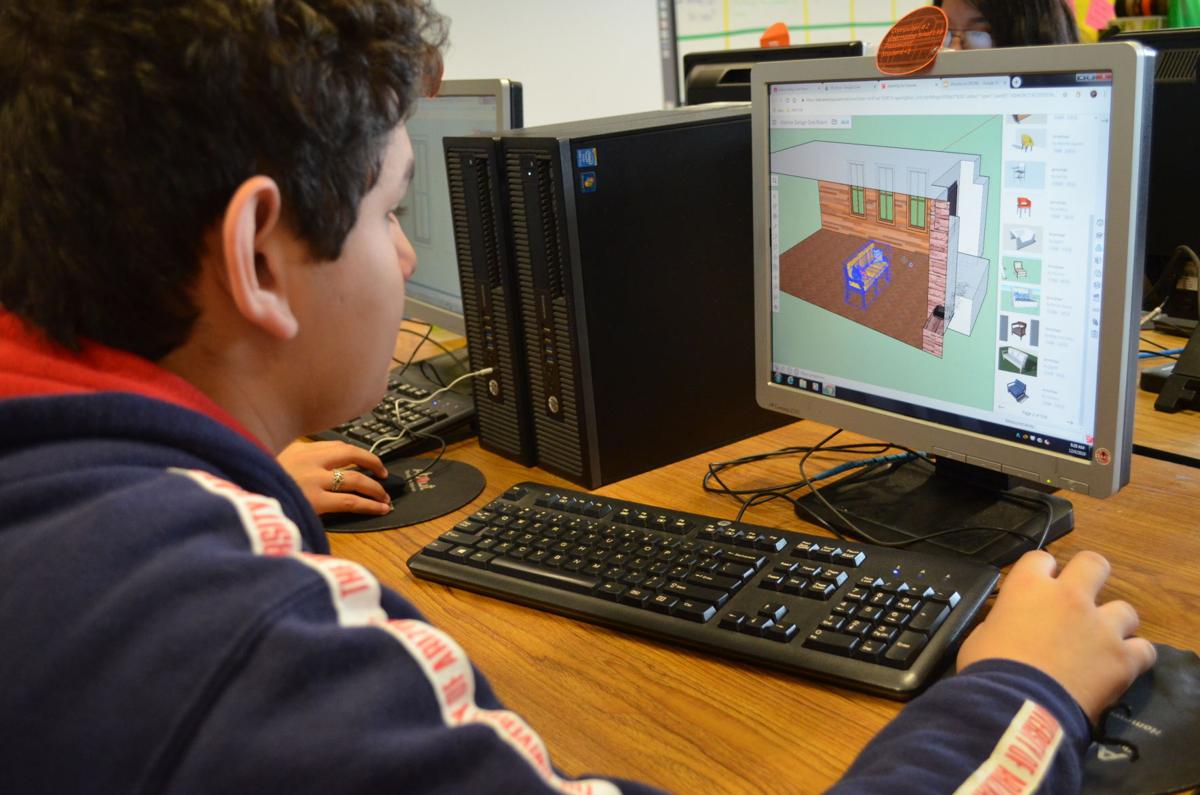 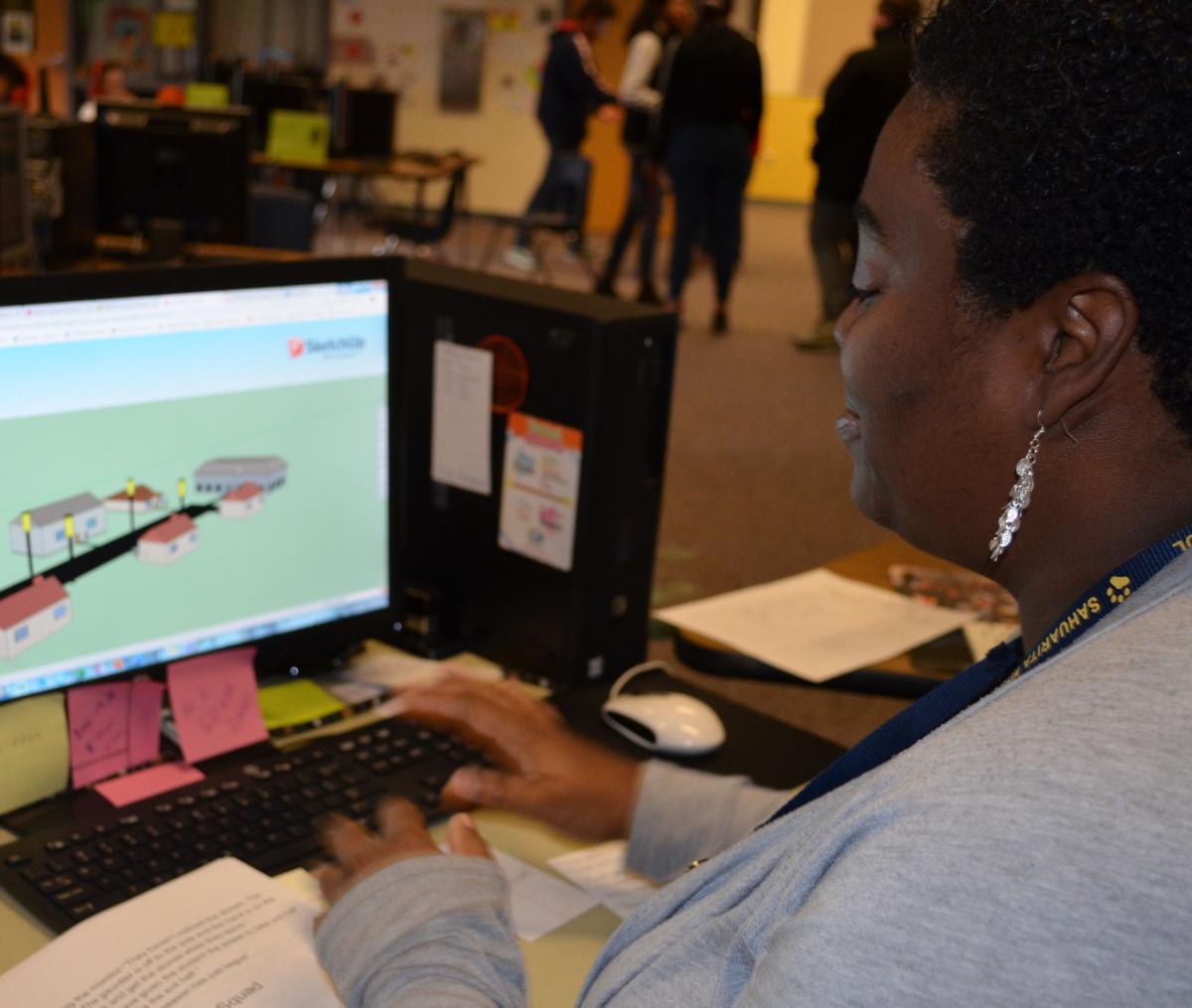 Tanaya Matthews, who has a bachelor's degree in electrical engineering, created a curriculum for middle school students.

Sahuarita Middle School students Morgan Hightower, left, and Santino Marquez record a podcast about one of their favorite electronic games.

Tanaya Matthews, who has a bachelor's degree in electrical engineering, created a curriculum for middle school students.

When Tanaya Matthews was asked to teach a technology class at Sahuarita Middle School three years ago, she was given the word processing book used by the students. She was not impressed.

"I’m like, ‘No. I’m not going to do this because that’s not the world we’re living in anymore,'" she said.

Matthews, who has a bachelor's degree in electrical engineering, created her own curriculum for each of the three grade levels she teaches. She also pushed to extend her class, which is an elective, to be year-round rather than a semester.

Sixth-graders are taught basic computer skills such as word processing and how to create spreadsheets. Seventh-graders are taught to code, and eighth-graders learn 3D drafting skills. Throughout the year, the students take their skills and use them on projects that change every year based on the classroom's personality and interests.

This year, her sixth-graders have been asked to create a travel agency, complete with name, logo, slogan, newsletter and commercial. They even have to come up with a seven-day itinerary.

Seventh-graders are using their coding skills to create characters or bitmojis capable of dancing and they've had dancing competitions. Pretty soon they'll be programming robots Matthews purchased with grant money she obtained.

Eighth-graders are using 3D modeling computer programs such as SketchUp to create school houses and neighborhoods complete with lamp posts. They're now in the process of designing the interiors of homes and apartments.

Angel Gallardo, 13, hopes to go into engineering. The eighth-grader said he "loves" Matthews class, particularly when he gets to work on SketchUp.

"Because you can build anything," he said.

Matthews' seventh- and eighth-graders are also responsible for creating the school's daily video announcements. Every day, they tell their schoolmates about upcoming events and fundraisers using animation, videos and voice-overs they've created.

Every student at SMS is taught about Trustworthiness, Respect, Responsibility, Fairness, Caring and Citizenship, so Matthews and her eighth-graders came up with the TRRFCC (Terrific) squad.

The TRRFCC squad – Trustworthy Tony, Respectful Ricky and their friends — are videotaped every week in scenarios designed to teach students character counts.

On Mindful Mondays, the campus is reminded by Matthews' students how to GROWL or Get There, Respect, Own Up, Watch Out and Learn. They've also created music videos for the school's Campus Cleanup Club that run Tuesdays and Thursdays.

SMS students watch the daily announcements every morning in class and parents are invited to watch them on the school's website.

Matthews' eighth-graders are also learning how to record digital audio files or podcasts.

Eighth-grader Morgan Hightower took Matthews' course last year and this year. He found coding frustrating but has found his niche in the digital media realm.

He has helped write a lot of the GROWL scripts.

"Working in radio would be cool and fun to do," he said. "Or maybe I'll do the news. I like working the cameras."

About half of Matthews' eighth-graders have been with her since the sixth grade, she said. And, while this year's group are really interested in digital media, in the past they've worked on creating games and building computers because they were more fascinated by those things.

The skills her students are learning will enable them to transition seamlessly into existing high school programs, Matthews said. Both local high schools have CTE or Career and Technical Education classes. For example, both high schools have film, TV and photography classes. Walden Grove also has computer science classes.

People with coding skills are in high demand, Matthews said. Coding involves writing many lines of code in order to create software programs.

ATM machines, games, websites, thermostats, phones and remote controls are all examples of things that require some sort of code and many companies use software programs to keep track of inventory. Learning how to code can be frustrating, but it's worth it, Matthews said.

There are a lot of times when the students want to give up because the code didn't run correctly, but Matthews said she challenges them to take a step back, breathe and look at each line to see where the problem is.

Many times it's just that they might have misspelled a command or forgotten a symbol. But they get excited when they spot the issue, she said.

"Many of the STEM (science, technology, engineering and mathematics) industries are looking for people with some form of coding background," Matthews said.

Not only are the students learning technical skills and how to deal with frustration, they are learning about teamwork, problem solving and using their imagination, she said.

"My students will have a basic idea and prior knowledge in perseverance and working through situations," she said. "I always remind them of where they came from and where they are now. I want my students to be digital creators in this ever-changing digital world."