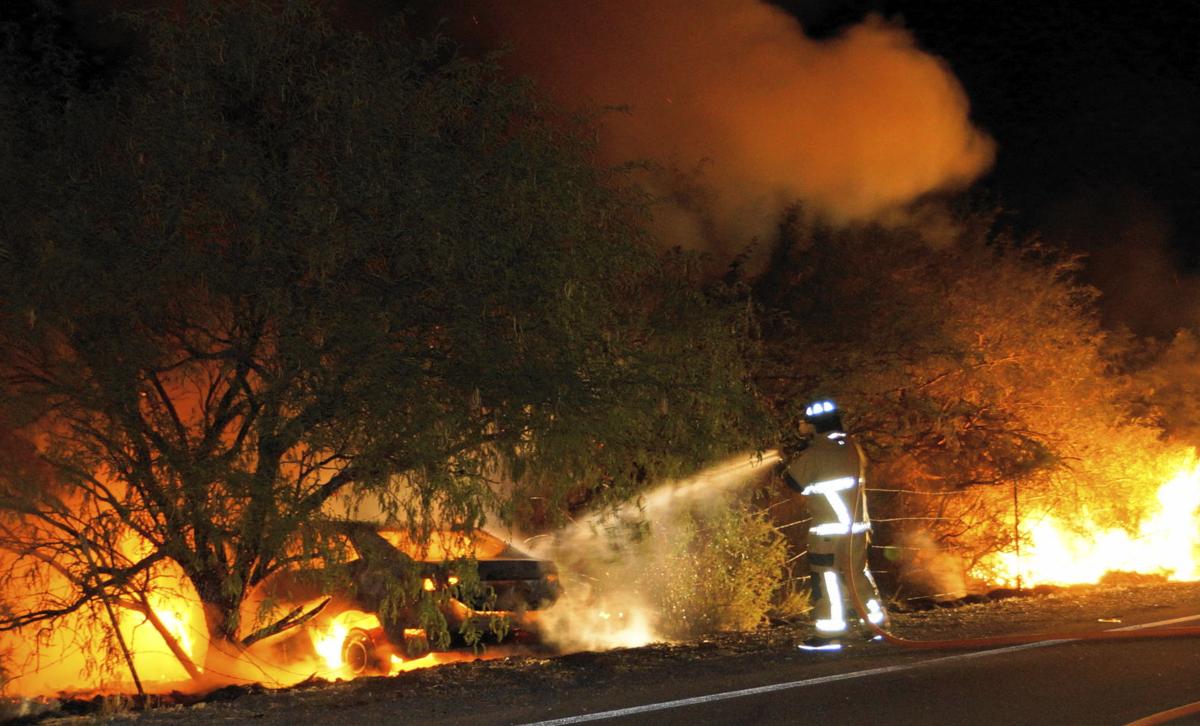 A firefighter trains the hose on a car early Wednesday in Amado. 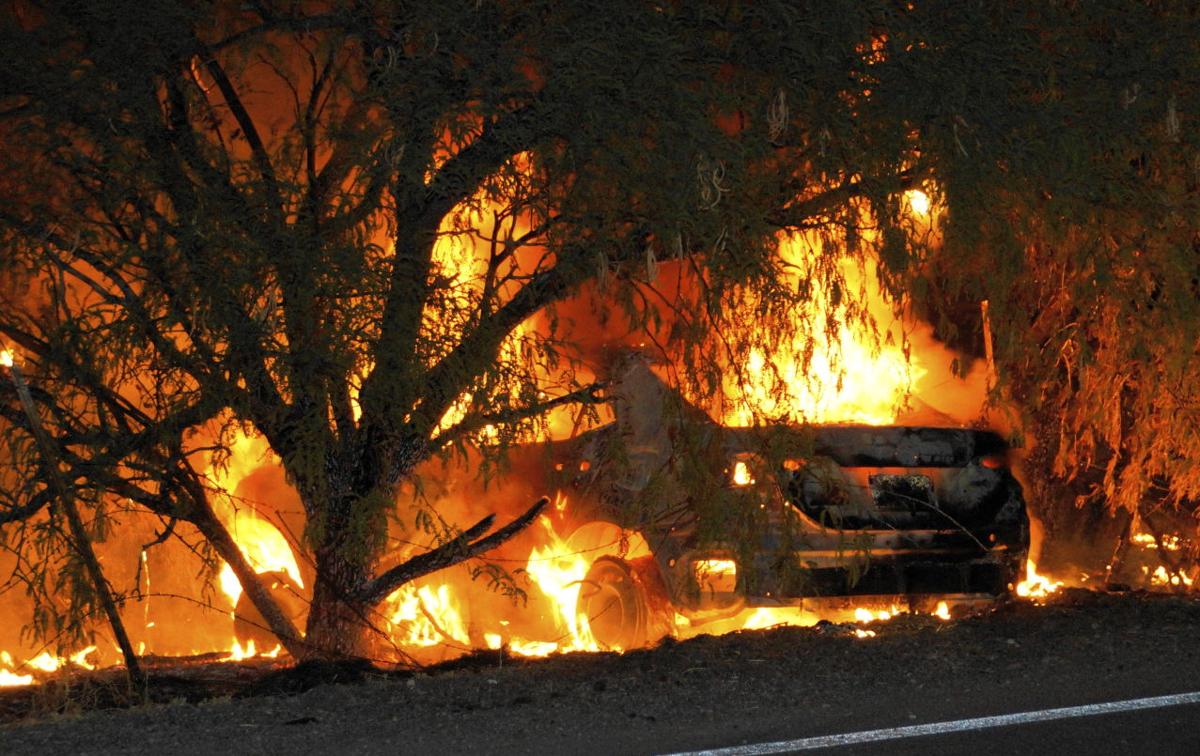 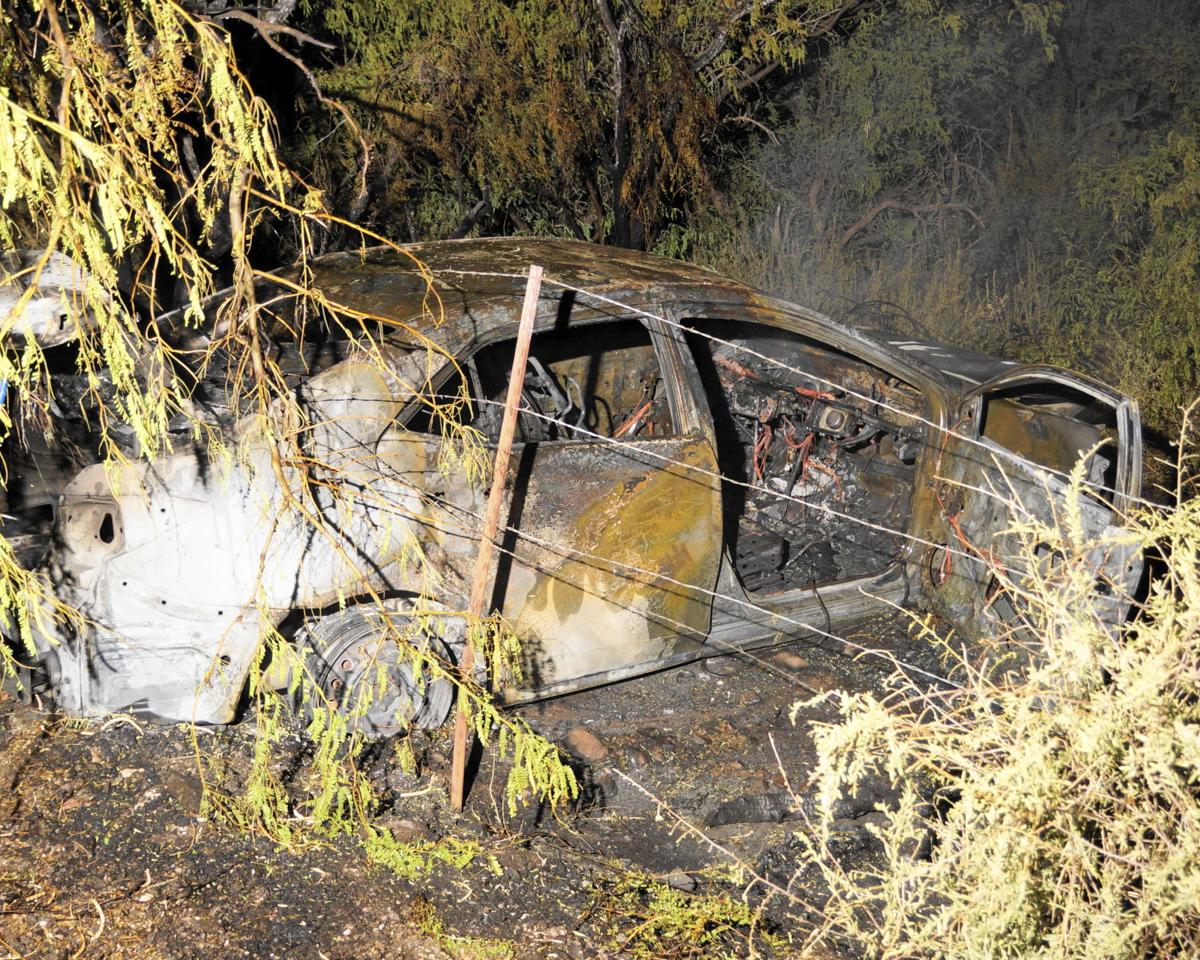 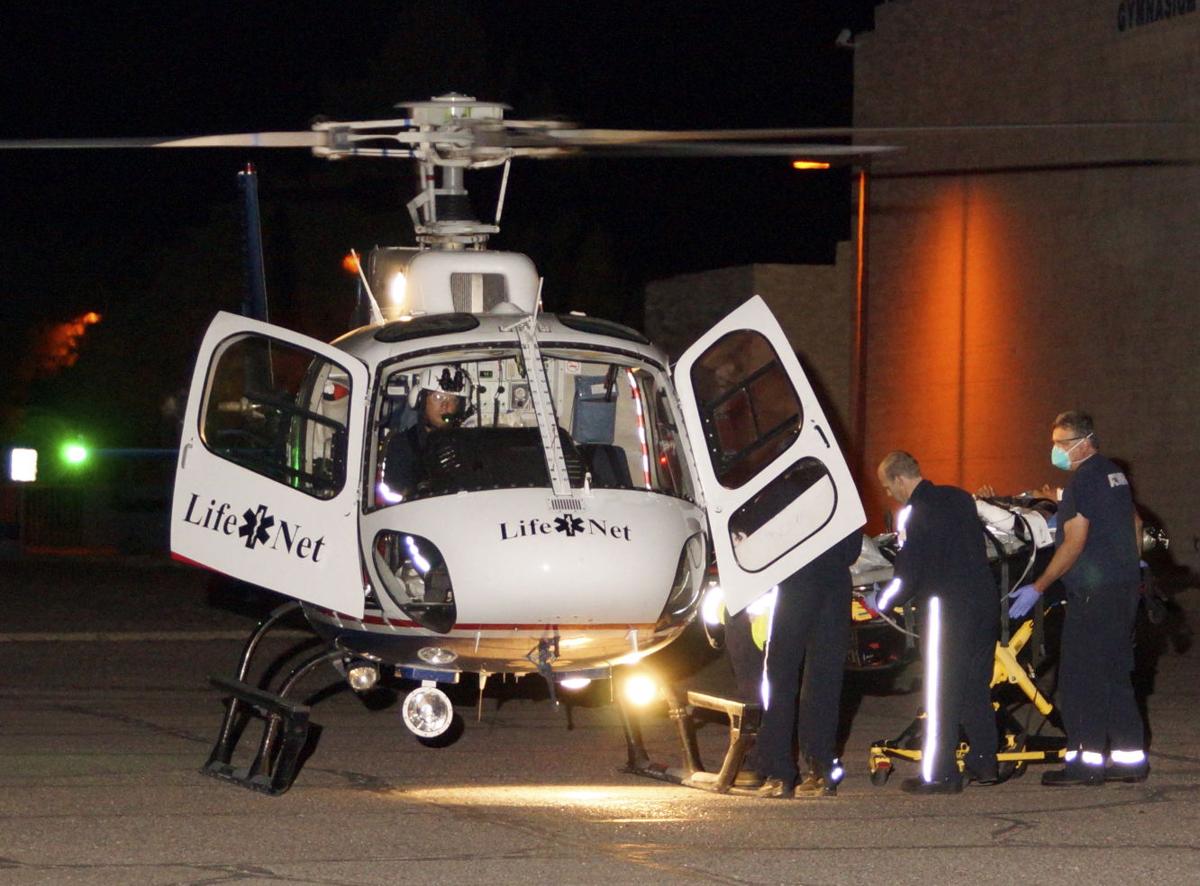 A firefighter trains the hose on a car early Wednesday in Amado.

A man escaped a fiery single-vehicle crash early Wednesday in Amado with severe burns to his arms, chest and face.

The man in his 40s was evacuated by air ambulance to a Tucson hospital from  Sopori School parking lot.

A law enforcement official on scene said there were reports of somebody driving fast and erratically in the area just before the crash on Arivaca Road at about 2 a.m. A fire official said it's unknown how long the man was in the car before exiting on his own.

The Toyota Corolla left the road and burst into flames, sparking a small brush fire, fire officials said. The man was the only person in the vehicle.

Green Valley Fire District and Elephant Head Volunteer Fire Department crews were able to extinguish the fire in a few minutes, according to a GVFD spokesman.