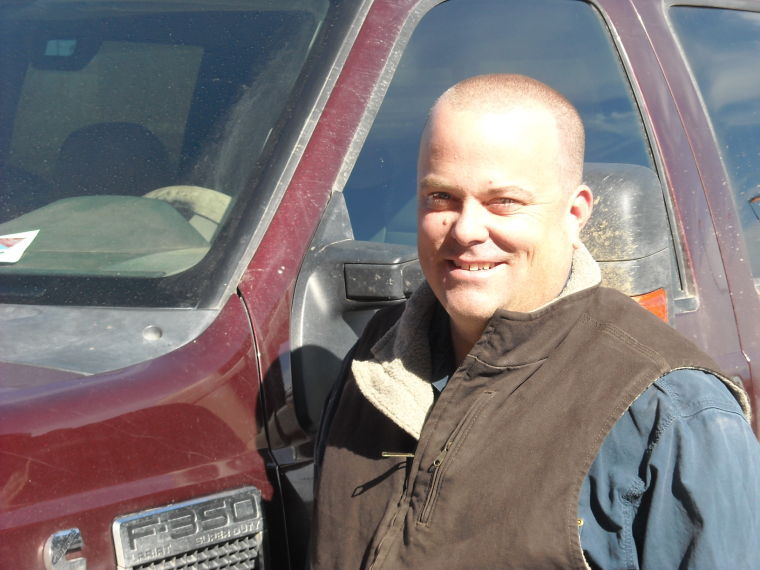 Rancher Andrew McGibbon will be part of the Ranching Traditions in the Southwest, a day of ranching and ranch education on March 16. 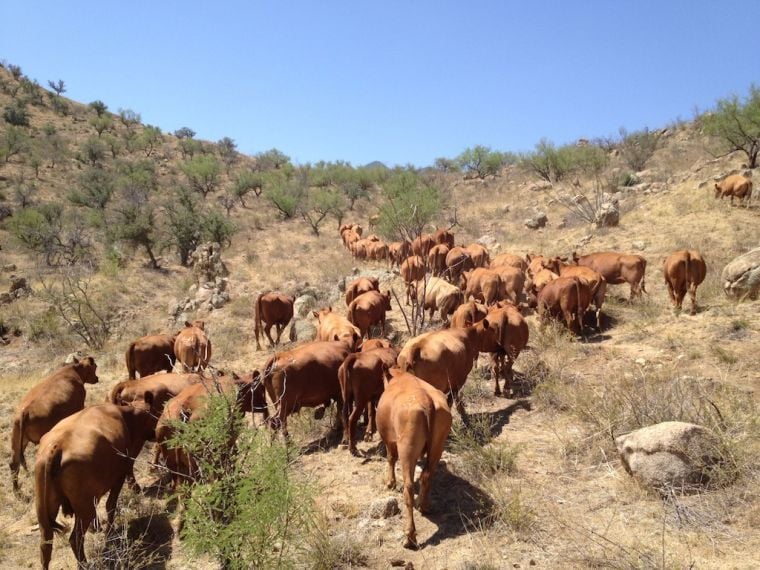 Santa Rita Ranch is home to the McGibbon family and Red Angus cattle.

Rancher Andrew McGibbon will be part of the Ranching Traditions in the Southwest, a day of ranching and ranch education on March 16.

Santa Rita Ranch is home to the McGibbon family and Red Angus cattle.

Andrew McGibbon has ranching in his blood.

Born in Tucson and raised on the Santa Rita Ranch east of Green Valley, McGibbon has spent nearly 40 years on ranch land that has produced grass-fed beef since 1884.

Next month, he and his family will open it up to the public to share their way of life in cooperation with the University of Arizona’s nearby Santa Rita Experimental Range. The free event includes tours of a working ranch and visits with ranchers.

Santa Rita Ranch is about 125 square miles and borders Quail Creek on the west, the top of the Santa Ritas on the east and the front of Elephant Head on the south. The northern boundary is a couple of miles south of Corona de Tucson.

“It’s been a ranch for more than 100 years, but my grandfather, who was a small farmer in the Midwest, moved out here and purchased it back in the late 1960s,” McGibbon said.

McGibbon, who took over the ranch from his father about 10 years ago, lives there with his wife, Micaela, their three daughters and several other ranching families who work the range. Micaela comes from the King family, longtime Southern Arizona ranchers who have been cattle ranching in Arizona since the late 1800s.

Red Angus cattle make up the McGibbons’ herds, along with more than 25 horses. He says that sustainable range management and humane animal treatment are the backbone of his operation.

The McGibbons family works closely with the University of Arizona’s Florida Canyon work station on the Santa Rita Experimental Range, a natural laboratory for rangeland management.

“Part of our land we sublease from the university and we have been using our cattle for grazing studies conducted by the university all my ranching life,” he said. “Basically, we work on a daily basis with the Santa Rita Experimental Range on some project.”

McGibbon said he works closely with Santa Rita’s range manager Mark Heitlinger, hosting groups and partnering with the SRER with participants from across the United States and the world.

“One of the things I like to focus on when we host these Ranch Days is bridging the gap that seems to surround agriculture and ranching and how our industry affects those living in the cities and the suburbs,” McGibbon said. “Many people are generations removed from ranching and farming and there is a lot of misinformation out there, but I feel that American agriculture is the best in the world — not perfect — but the best product in the world and we do a pretty good job feeding our nation at reasonable prices with safe and healthy food.”

McGibbon believes ranching is often misunderstood but acknowledges some see ranchers as abusers of the land.

“Granted, 100 years ago, grazing cattle wasn’t a science and ranchers let their cattle eat whatever grasses they could get at,” McGibbon said. “The misconception sometimes today is that they think ranchers are letting their cattle overgraze and that couldn’t be more far from the truth. If I destroy the very resource I depend on, meaning the grasses, then I destroy my land and my livelihood.”

A casualty of ranching these days, McGibbon said, is the increasing amount of destruction to the land by the public.

“Theft, dumped garbage, vandalism and anything that is of any value is stolen,” he said. “We had a cattle guard taken right out of the ground recently, and I thought that I had seen everything. Anything of value is a target.”

He said he has had entire stretches of fencing stolen and his water tanks riddled with bullets. Paying for the damage is a big part of the budget.

McGibbon said the Ranch Day program is designed to educate the public about the importance of ranching and preserving the land.

“I want people to see for themselves how much forage it takes to feed the cattle that eventually make it possible for them to enjoy a hamburger at lunch,” he said. “They will be shown how much grass has to grow to feed the cattle and the amount of water that is needed to keep them alive.”

Heitlinger and other experts with the SRER will talk about the university’s grass studies and other programs involving ranchland management at the Florida (pronounced Flo-REE-da) Canyon Research Station.

“Then we’ll return to our ranch headquarters and basically go over from start to finish the tools that we use, everything from tractors to the electronics which are now necessary in modern ranching,” McGibbon said. “The old ways of ranching before computers and high-tech help is almost a thing of the past. A lot of ranchers are stuck in the ranching ideas of 30 years ago and they don’t want to deal in technology, but we are pretty quickly getting to the point where we don’t have much choice.”

“Even if you don’t eat red meat, you just can’t feed the U.S. on vegetables alone,” he said. “The goal of this ranch day is to help people learn what it takes to grow their food, show them where it comes from and allow them to realize that much of that open space they see out there is where the food on their table originates.”

What: “Ranching Traditions in the Southwest”: Experience southwestern ranching traditions with an outing to the Santa Rita Experimental Range’s Florida Station east of Green Valley and Sahuarita. Tour the grassland habitat on a working ranch and visit with local ranchers to learn about ranching practices past and present.