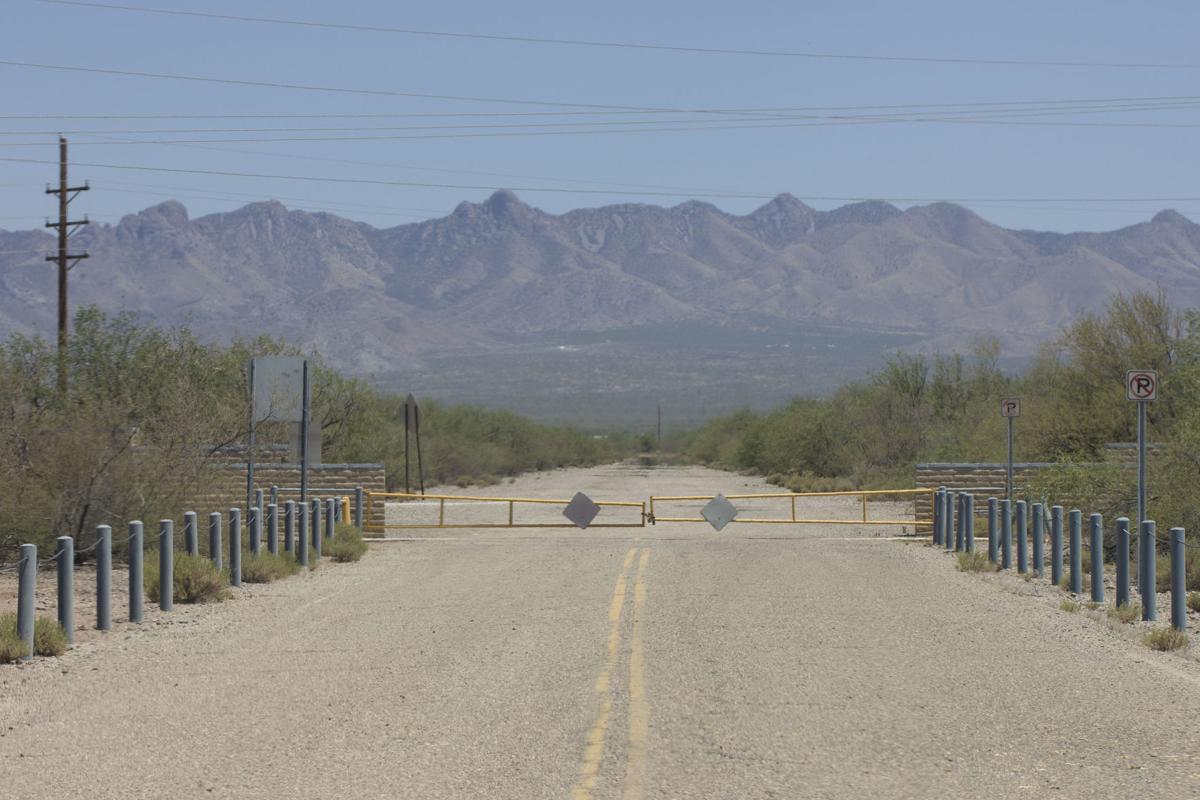 A paved road marks the remnants of the Sahuarita Bombing and Gunnery Range airstrip on June 27, 2014. The Santa Rita Mountains lie in the background. 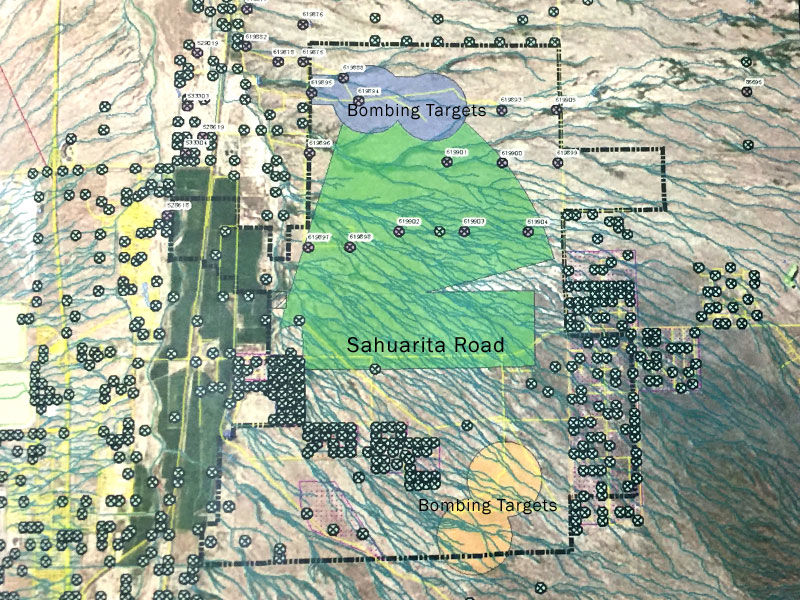 Photograph of a U.S. Army Corps of Engineers map detailing the locations of public and private water wells within the vicinity of the former Sahuarita Air Force Range.

The U.S. Army Corps of Engineers wants to know if there is local interest to oversee the cleanup of the former Sahuarita Air Force Range — a 27,000-acre historic bombing range east of Sahuarita — but is giving no indication whether the community should be concerned about what they found at the site.

The Corps began conducting a remedial investigation of the site in 2017, and a draft final report that contains their findings is under review by the Arizona Department of Environmental Quality, according to both agencies.

The Corps published a public notice seeking community interest in developing a Restoration Advisory Board, RAB — composed of agency officials, stakeholders and community members — and set a final deadline for public comments or questions of May 29.

However, the Corps is not anticipating having the draft final report ready for public viewing and comment until the end of the summer.

James David Palmer, a Corps public relations specialist in the LA District, said in an email he would not speculate what was found at the site or what is in the final report, only saying the RAB public notice was part of routine, every two years, required procedure for active investigations of Formerly Used Defense Sites, or FUDS.

ADEQ also would not provide any indication of what is in the draft final report.

Palmer said there would be a period for public comment after the final report is released. But a comment period and RAB appear to be completely different processes.

A RAB meets with and provides input to the Corps and environmental agencies tasked with restoring former defense sites throughout the remediation process.

A RAB is not a decision-making body but rather is a way for the community to voice concerns or suggestions and track and access the progress of the cleanup, according to a Department of Defense handbook.

Palmer said development of a RAB would require a “substantial commitment” from those seeking it and the handbook indicates “sufficient and sustained” interest would be required.

The person in charge of the cleanup, the installation commander, will ultimately determine whether to establish a RAB based on criteria such as sufficient community interest — 50 or more citizens can petition for one at any time — or a request from local government officials.

If there is no community interest in the RAB before the May 29 deadline and it is determined one need not be formed, but then the report comes out and has alarming findings, the installation commander "will determine whether to reevaluate the criteria," according to the handbook.

ADEQ and the Corps said no local officials have requested the RAB as of now and a Town of Sahuarita spokesperson was not aware of any official request for one.

A 2018 report to Congress called a Management Action Plan indicated the Corps knows or suspects munitions and explosives at the range “may present an explosive hazard,” but did not elaborate on how that was determined.

And in 2017, a quality assurance project plan developed by the contractor handling the remedial investigation indicated perchlorate and other metals had been found in groundwater sampling conducted in 2007.

Whether these factors pose a risk to public health and safety is unknown but could be addressed in the final report.

The historic bombing range is bordered by Country Club Road to the west, Wilmot Road to the east and extends north of Pima Mine Road and south of Sahuarita Road.

It is made up of four bombing targets, an air-to-ground gunnery range, and a large flying target range that were in use from 1942 to 1958 according to Corps site reports. Two of the bombing targets are located southeast of the Sahuarita Highlands area.

The last known use of the site was as an emergency landing strip in the 1960s, according to a Corps report.

You can submit your comments or questions regarding the creation of a RAB to the Corps at fuds.spl@usace.army.mil, the public comment period closes May 29.

Former Sahuarita bombing range to be swept for munitions

The U.S. Army Corps of Engineers this week will begin a nearly yearlong process to sweep the…

Bombs away! But the memories remain at Sahuarita bombing range