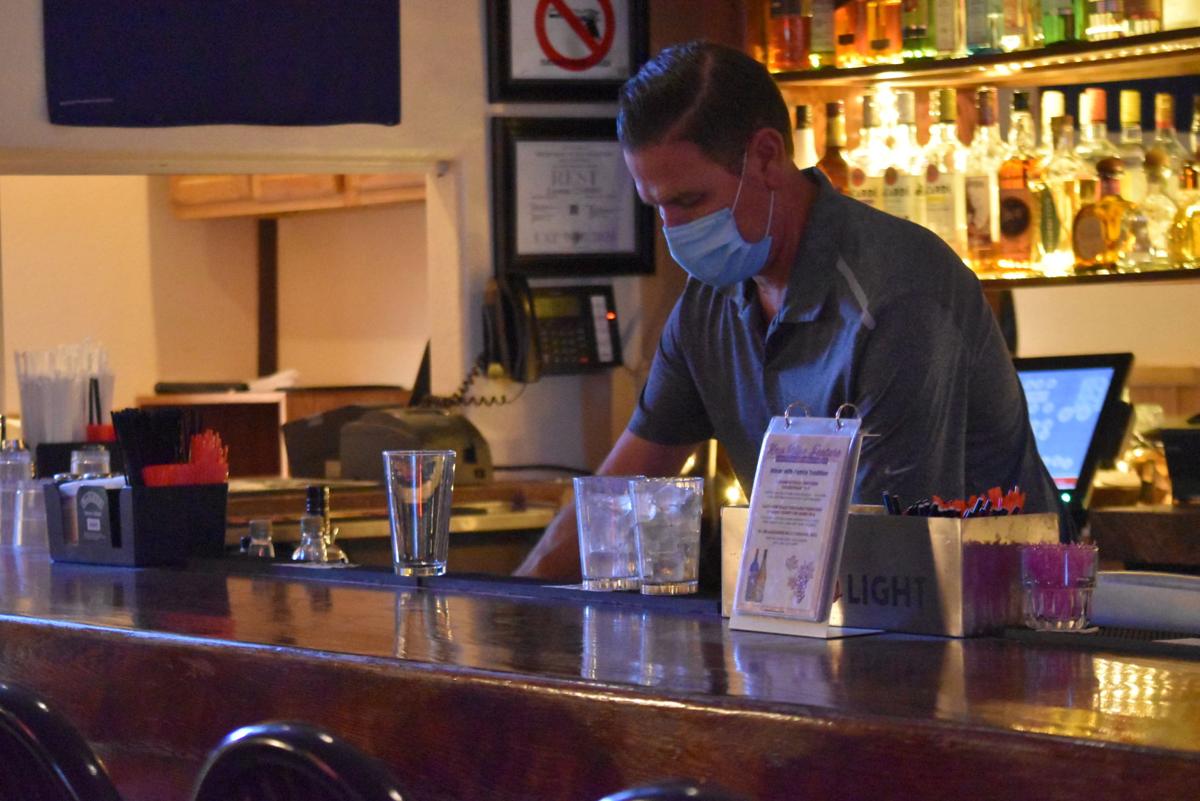 Jason Spath prepares a drink for a customer at Arizona Family Restaurant in May. The bar can remain open under the Govenor's latest order. 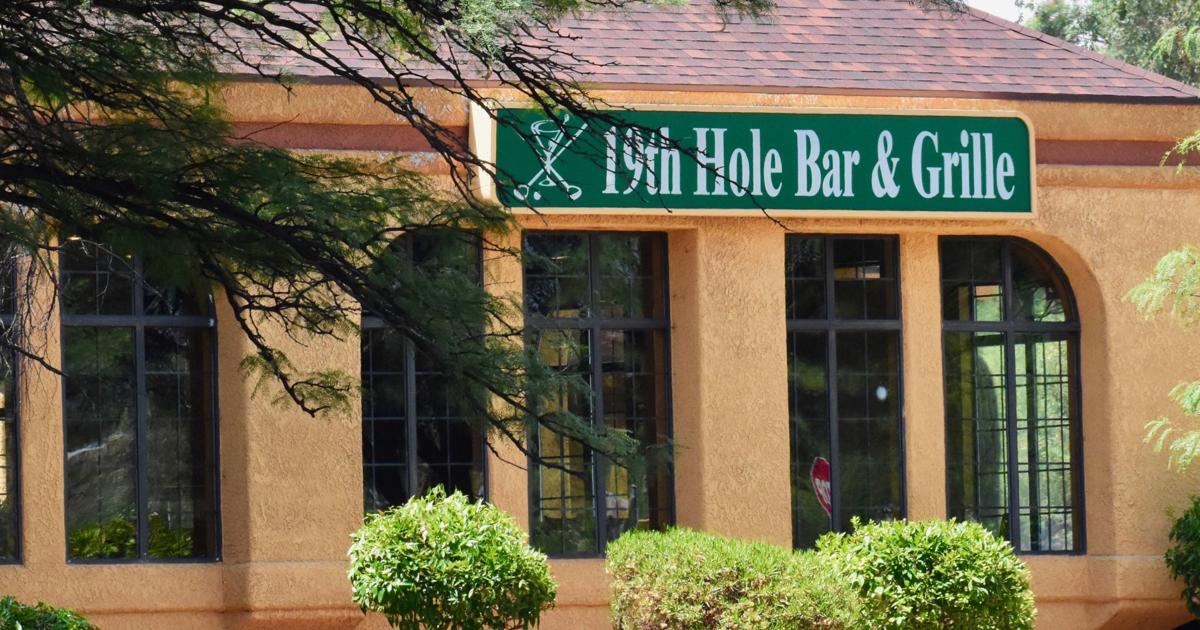 Gov. Doug Ducey's Executive Order that shutters bars for in-person service until at least July 27 has led to some confusion locally, and some owners fear it could cost them much-needed business.

The order applies to bars that carry a series 6 or 7 liquor license, meaning their primary revenue comes from the sale of alcohol. Those bars must close in-person service until July 27 but may continue pickup, drive-through and curbside service. In Green Valley and Sahuarita, many bars also serve food.

Over Par Lounge at Haven Golf Course holds a series 6 license and has shut its doors for dine-in service, per the governor's order.

“I was able to adjust because previously when we had the lockdown we were doing curbside or window service for players, so we were able to make the transition,” he said. “We’re open for business and happy to serve customers, we just won’t have customers for indoor service.”

An employee at The Grill at Quail Creek, which has a series 6 liquor license, declined to comment.

Establishments that carry a series 12 liquor license can continue to operate following the safety measures established in the state’s reopening guidelines. These businesses make more than 40 percent of their revenue in food sales.

Patrick Ptak, communications director for the governor's office, said restaurants with bars inside can remain open and are expected to continue measures like physical distancing, employees in masks and additional sanitization procedures.

Don Herk, owner of Arizona Family Restaurant, said they will continue “playing by all the rules.”

While they are allowed to continue operating their bar under their license, Herk said there’s already been confusion on the latest order.

“I’ve already had calls from people asking, ‘Are you open?’” he said. “All they see are bars are closed and (the state) needs to clarify this.”

Herk said reading over the order was confusing and he’s concerned that while they are following the guidelines, other places may not be, given the lack of clarity.

“The part that bothers me is it doesn't do my customers any good if we’re following the rules and some other bars may not be following them,” he said. “Customers may go from another bar to here and put customers at risk. If they (the state) make rules they need to follow up.”

Greg Hansen owns the The 19th Hole Bar and Grille in Green Valley, Twist & Shout 50s Diner in Sahuarita and the Longhorn Grill and Saloon in Amado. None will need to close dine-in, but he said customers and staff were confused about the direction from the state.

“Our Facebook page has blown up and we’ve gotten phone calls all day and we sent out a Facebook post to let people know we’re still open,” he said. “They (the state) didn't do a very good job of putting it out there and even employees weren’t sure if we’d have to close.”

All his restaurants are continuing dine-in service as well as pickup and curbside, which includes alcohol.

Hansen said it’s challenging for restaurants to receive the go-ahead to reopen only to be told they may have to close again.

“We’re still concerned they’ll take it further and shut us down. Nobody wants to be able to open and then have to close again,” he said. “When you do this in July, after what happened in April and March, that’s hard on a business.”

Ptak said the order grants enforcement authority to local governments as well as the Arizona Department of Liquor Licenses and Control.

“If an establishment had a warning or citation from local law enforcement it gives grounds for the liquor board to remove their liquor license,” he said.

Ptak said the Arizona Department of Liquor Licenses and Control had already stepped up enforcement before the latest order.

He said that under state statute regarding a state of emergency, a violation could result in a class I misdemeanor and fine of $2,500.

As far as local enforcement, Sahuarita Town Manager Kelly Udall said he doesn't anticipate that businesses would not comply.

"We've followed the governor's orders from the very beginning and we expect that our businesses will continue to do the same," he said.

Ptak said they are looking for compliance from business owners.

“We are looking for cooperation and compliance in the name of public health to help contain the spread of COVID-19," he said. "And there will be enforcement."