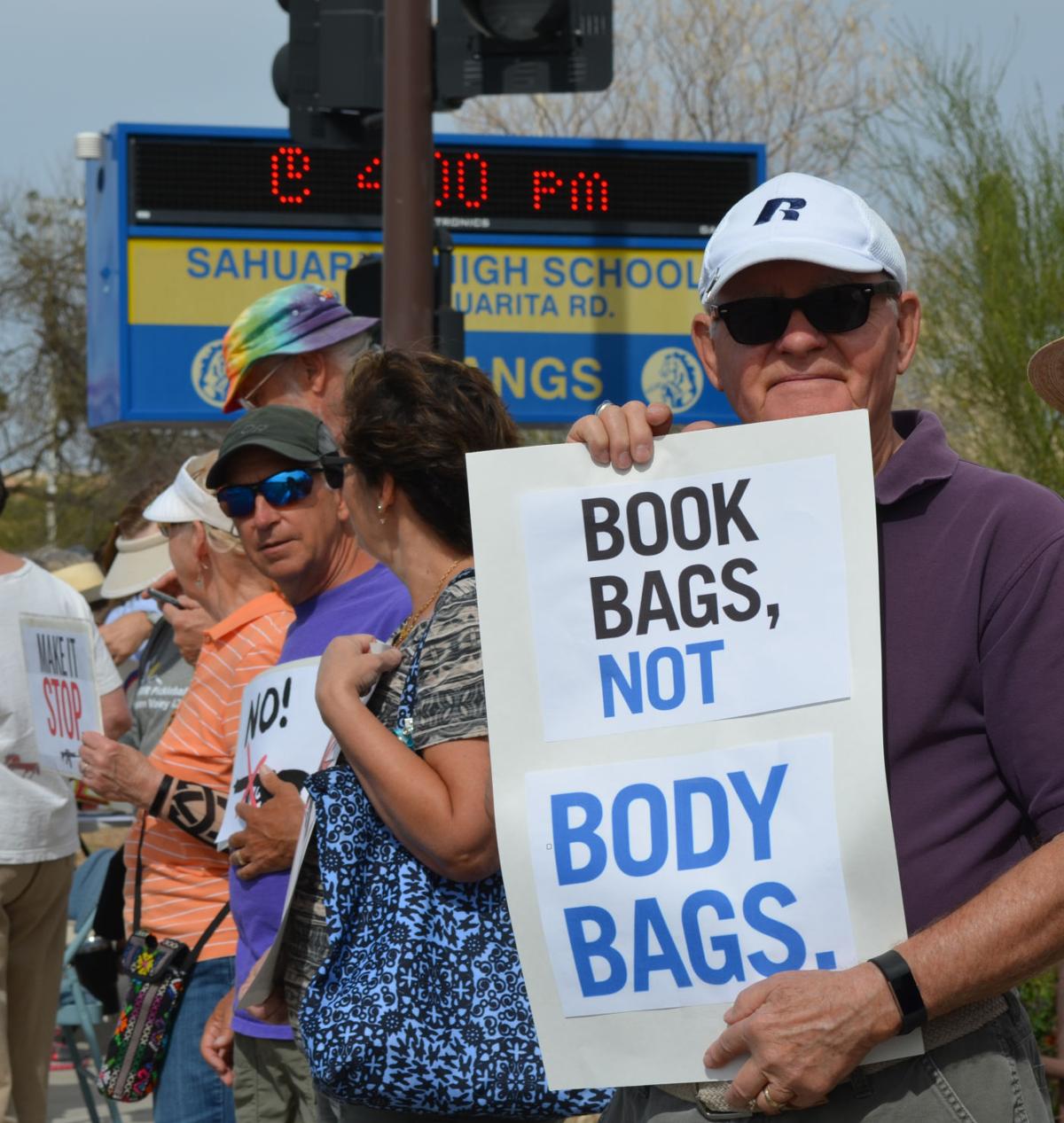 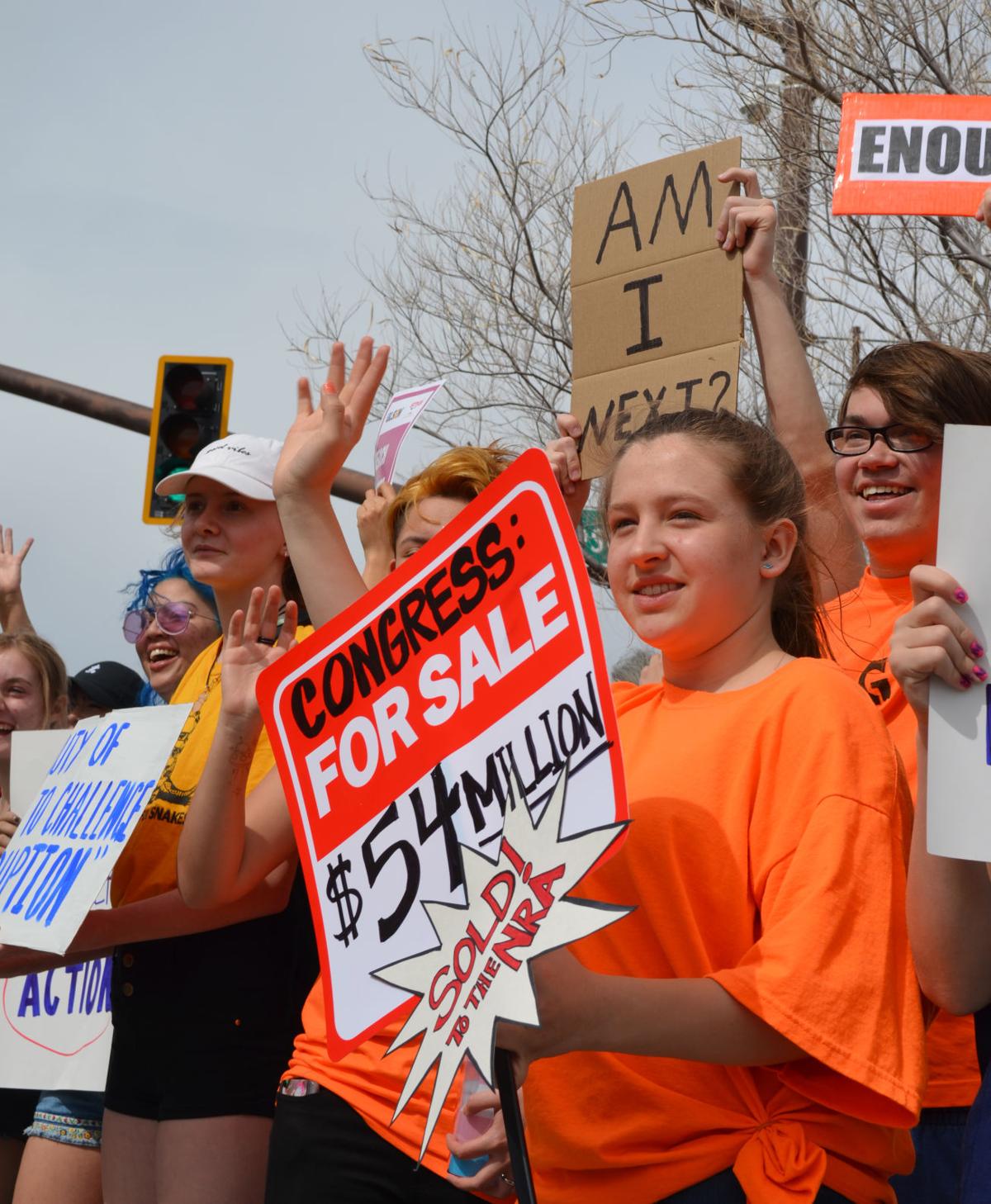 Students were among those protesting Saturday. 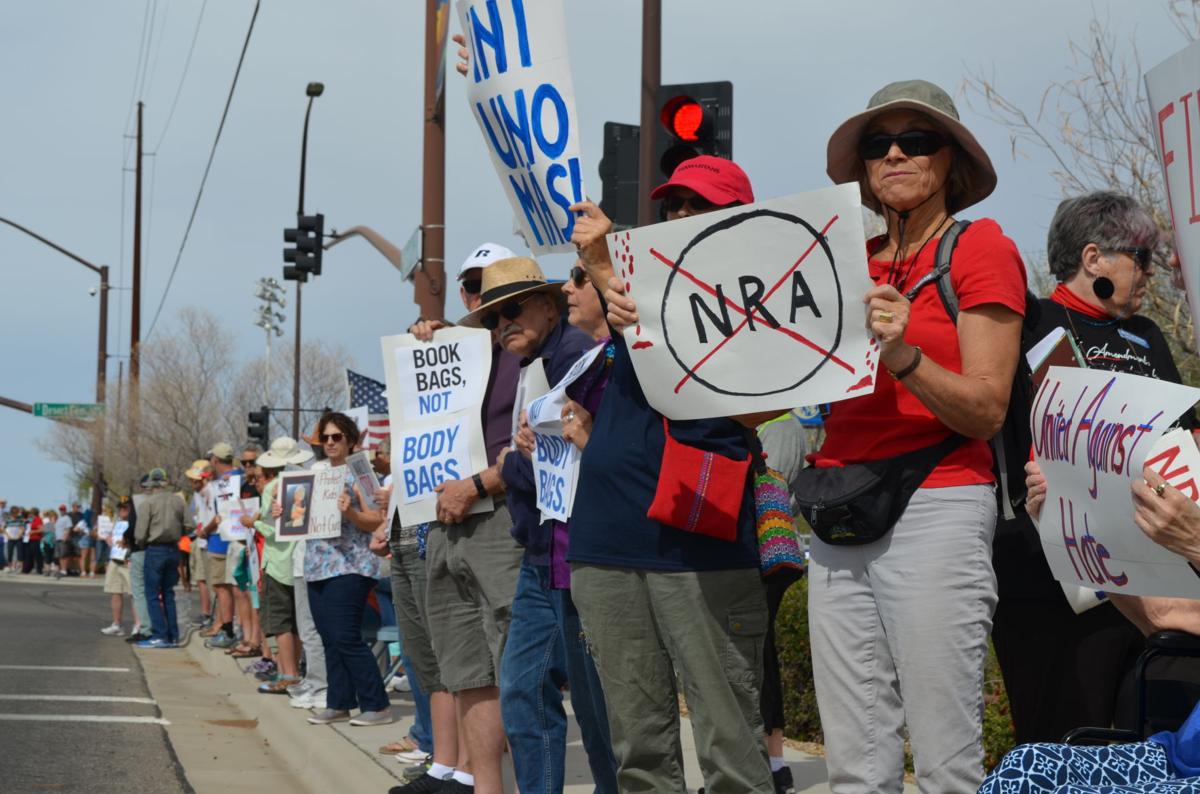 The NRA was a common target on signs. 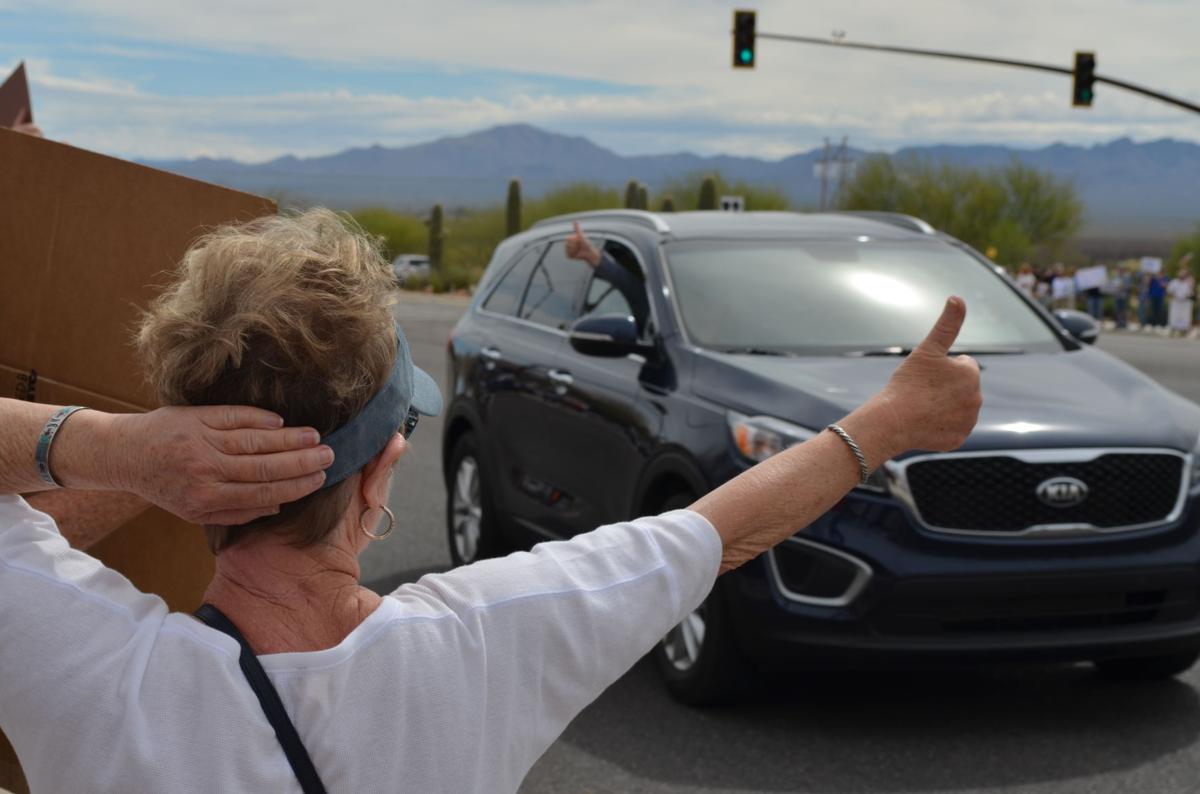 A driver gives the crowd a thumbs up.

Students were among those protesting Saturday.

The NRA was a common target on signs.

A driver gives the crowd a thumbs up.

More than 400 people — toddlers, teenagers, Green Valley seniors, moms and dads — crowded along the road in front of Sahuarita High School on Saturday morning to protest gun violence and mass shootings. They were joined by hundreds of thousands of others in an estimated 800 marches across the world, including at least 13 in Arizona.

Dozens of people lining Sahuarita Road were met with cheers, fist pumps and honking horns from supportive drivers. Many carried signs, flags and wore shirts with messages calling for action from lawmakers.

“I think we need immediate change,” said Summer Lamb, a 17-year-old senior at Walden Grove High School. “We are no longer crying, we are no longer begging — we are demanding change.”

Many of those at the rally echoed Lamb's call for bipartisan efforts to step up background checks and doing away with the availability of assault-style weapons to the general public.

What's the next step after the protest?

She also said local students plan to take part in an April 20 walkout.

Saturday's protest was a first for Jessica and Jeff Wenger of Sahuarita. Their children, ages 5 and 3, were the reason they showed up, pulling a wagon.

“We need to protect our kids,” Jessica said. Her husband is a gun owner and strong backer of the Second Amendment, “and I respect that,” she said. “But we understand you don't need assault weapons to protect your family.”

Roger Brink, a Vietnam veteran from Green Valley who served in Army Special Forces, said assault-style weapons have no place on the street.

“I've seen what they can do,” he said. “I believe in the Second Amendment but I don't believe we need access to an AR-15.”

“Why haven't we done anything about it when every other country has solved this problem,” he asked.

His sister, Kelly, a 16-year-old student at Walden Grove High School, said, “I believe schools should be a safe place.”

The protest was organized by alliance4action, a Green Valley activist group that set out to support student protesters.

“It has just hit a point that it's 2018, and we want to stop wondering whether we'll be coming home from school,” she said.

Mikhaela Galindo, an 18-year-old student at Eastern Washington University, was making her first trip to Green Valley to visit her grandfather, Don Misner. Galindo, who attended high school in Hawaii, said this was important enough to take time out of her spring break to be part of.

“I think this has been building up,” she said, looking out at the protesters. “Parkland was the last straw.”