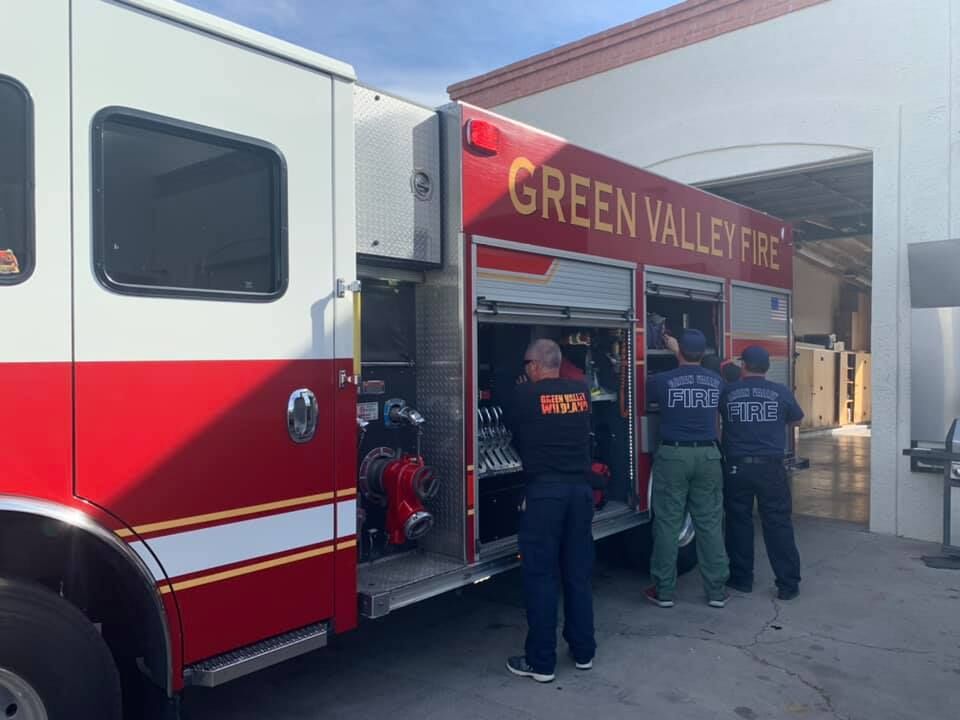 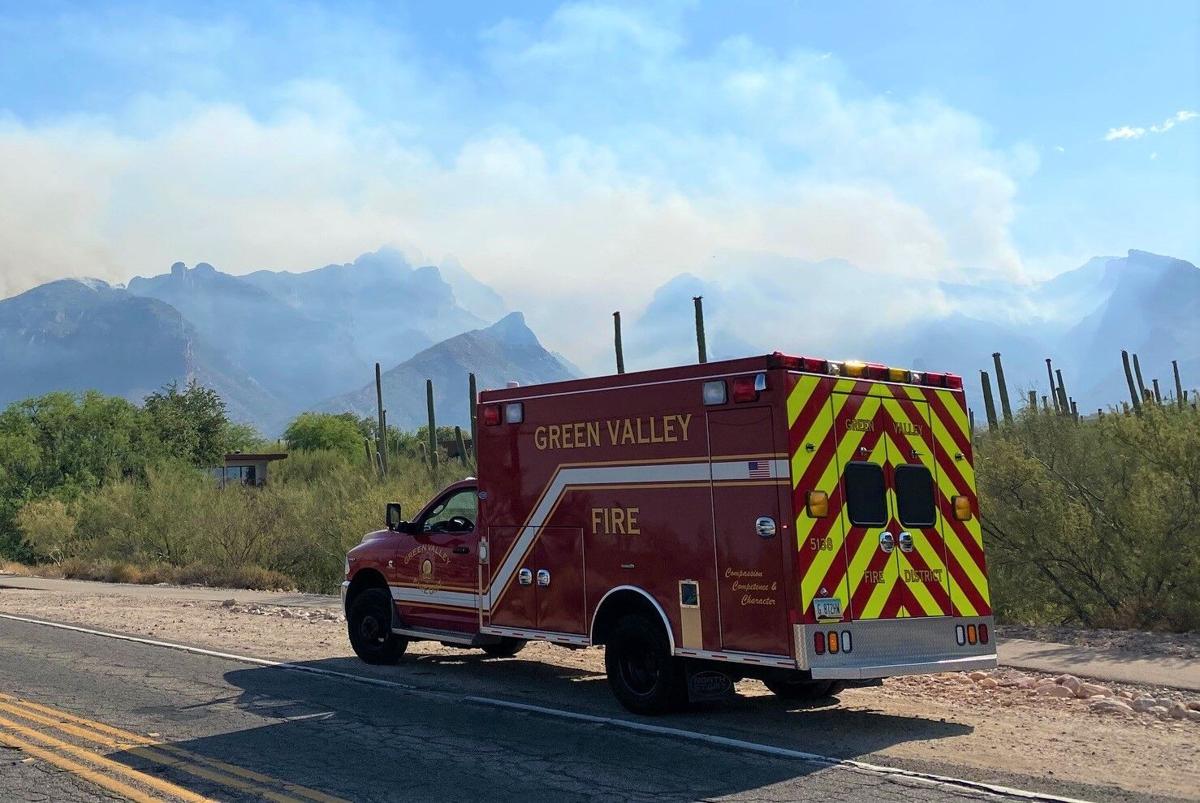 The Green Valley Fire District has joined the fight against two major wildfires in eastern Arizona. The Telegraph and Mescal fires had burned through more than 100,000 acres as of Tuesday, forcing several evacuations.

The fire had burned more than 71,000 acres since first reported Friday, and threatens the communities of Top-of-the-World, Superior, Claypool, Miami and Globe.

Multiple evacuation orders gone into effect in communities like Top-of-the-World, which is less than a mile from the fire.

GVFD spokesman L.T. Pratt said with the way the fire is moving toward Miami and Superior, the crew is likely working to protect homes and structures.

“It’s not a four-wheel-drive type vehicle,” he said. “It needs to stay on the pavement to be effective otherwise it could get damaged or worse, stuck.”

Pratt said due to the size of the fire, they are planning for the crew to be there a full two weeks.

According to the National Wildfire Coordinating Group’s incident information system, the primary goals now are to protect the nearby communities and to keep the fire south of U.S. 60.

With dry, hot weather, high winds and “copious” amounts of brush and grass, the fire is not expected to be contained until June 20.

The cause of the fire is still under investigation and as of Tuesday, had zero containment.

GVFD also sent an EMS ambulance and two crew members to the Mescal Fire on Sunday.

The Mescal Fire is 12 miles southeast of Globe and had burnt nearly 67,000 acres with 23% containment as of Tuesday. It began June 1, and the cause is under investigation.

Residents in El Capitan were given evacuation orders and about seven other areas were on alert Tuesday.

Pratt said their crew is providing medical support to the crews on the ground fighting the fire. It is estimated the fire will not be contained until June 30.

GVFD sends firefighters out to wildfires in neighboring areas almost every year and Pratt said this year has been a busy season that will continue to produce more fires.

“It’s just as robust as it was last year at this time and the worst, unfortunately, we believe is yet to come,” he said. “We are hopeful the monsoons will provide some moisture in the area and we’ve had extreme drought conditions. The temperature by the end of the week is going to get pretty extensive.”

Pratt said they expect a busy fire season and have already fought wildfires outside Green Valley this year. They sent crew members to the Sycamore Canyon Fire 15 miles southeast of Sells in May.

“We’ve been out a couple times. We sent out timber support — big water trucks or water haulers — to fires to help replenish tanks that helicopters use to fill their buckets with water,” he said. “We were also at the Flag Fire in April. We’ve been pretty busy already.”

Though GVFD sends out crew members regularly, they make there are enough crew available in Green Valley to cover the area.

“The basic philosophy is we are always willing to send out resources to help neighboring communities and help battle these wildfires but we don’t send anybody out if it has the potential of leaving our district shorthanded,” he said. “We will always ensure our district is safe and protected and the staffing is appropriate before we consider sending anyone out.”

Pratt said the firefighters deployed to wildfires signed up and are trained and prepared specifically for wildfires.

“The rest of the district is on notice that wildfire season is here and we are going to have to work some overtime to make sure our staffing is still maintained and our Green Valley community will remain safe and staff will be available to respond to whatever is needed here,” he said.

“The temperatures are rising and it is extremely dry,” he said. “Our crews here at home have responded to several I-19 brush fires as well.”

To see the latest updates on the Telegraph and Mescal Fires, visit inciweb.nwcg.gov.