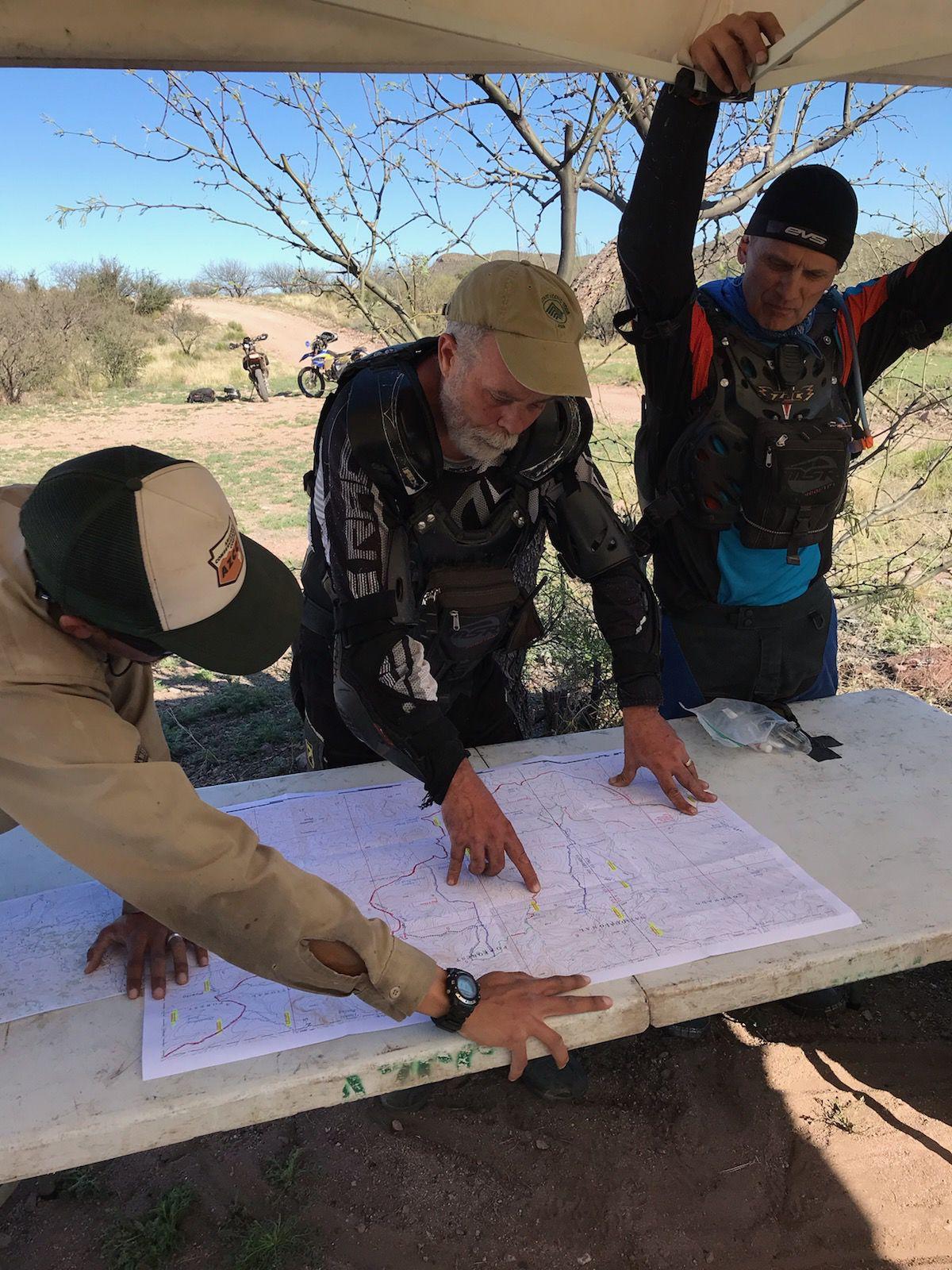 George Meeker (center) points on a map during work on the Red Springs Trail while a Arizona Conservation Corps crew leader and George Wysopal look on. 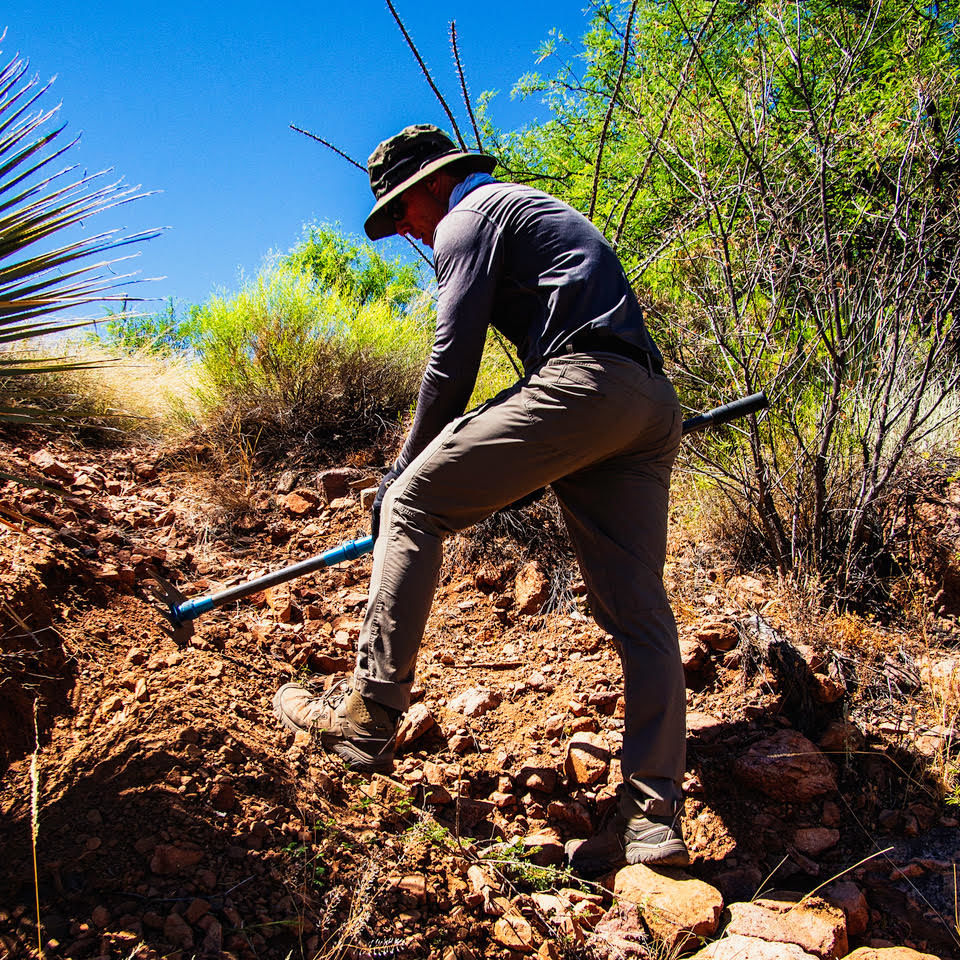 Trail Riders of Southern Arizona's president George Wysopal works on the Red Springs Trail during its construction phase. The Trail Riders gave more than 1,600 volunteer hours to the project and continue to work to maintain the trail. 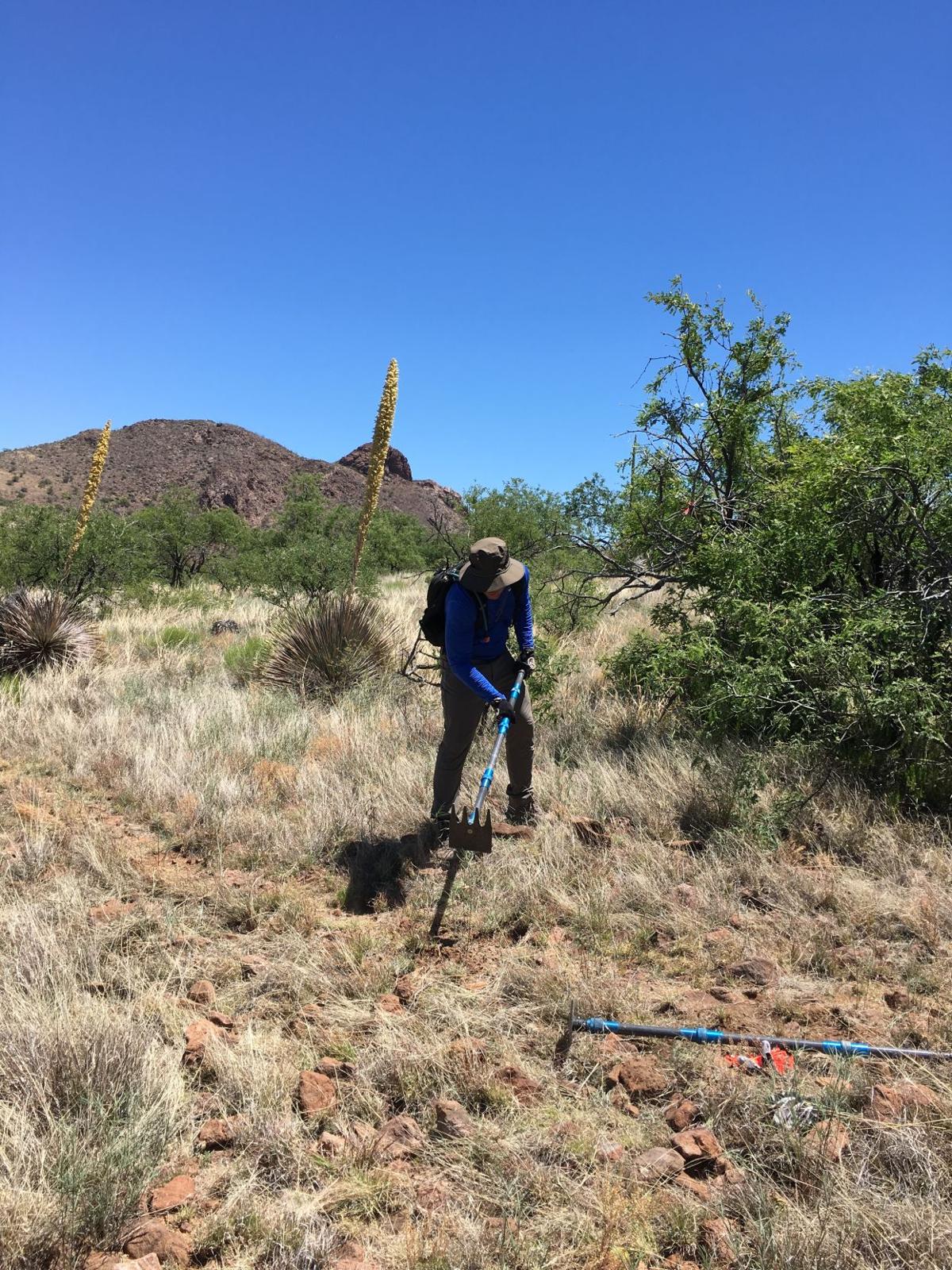 Eric Theis working on the Red Springs Trail in May. Trail Riders of Southern Arizona president George Wysopal said the group gave more than 1,600 hours to the project. 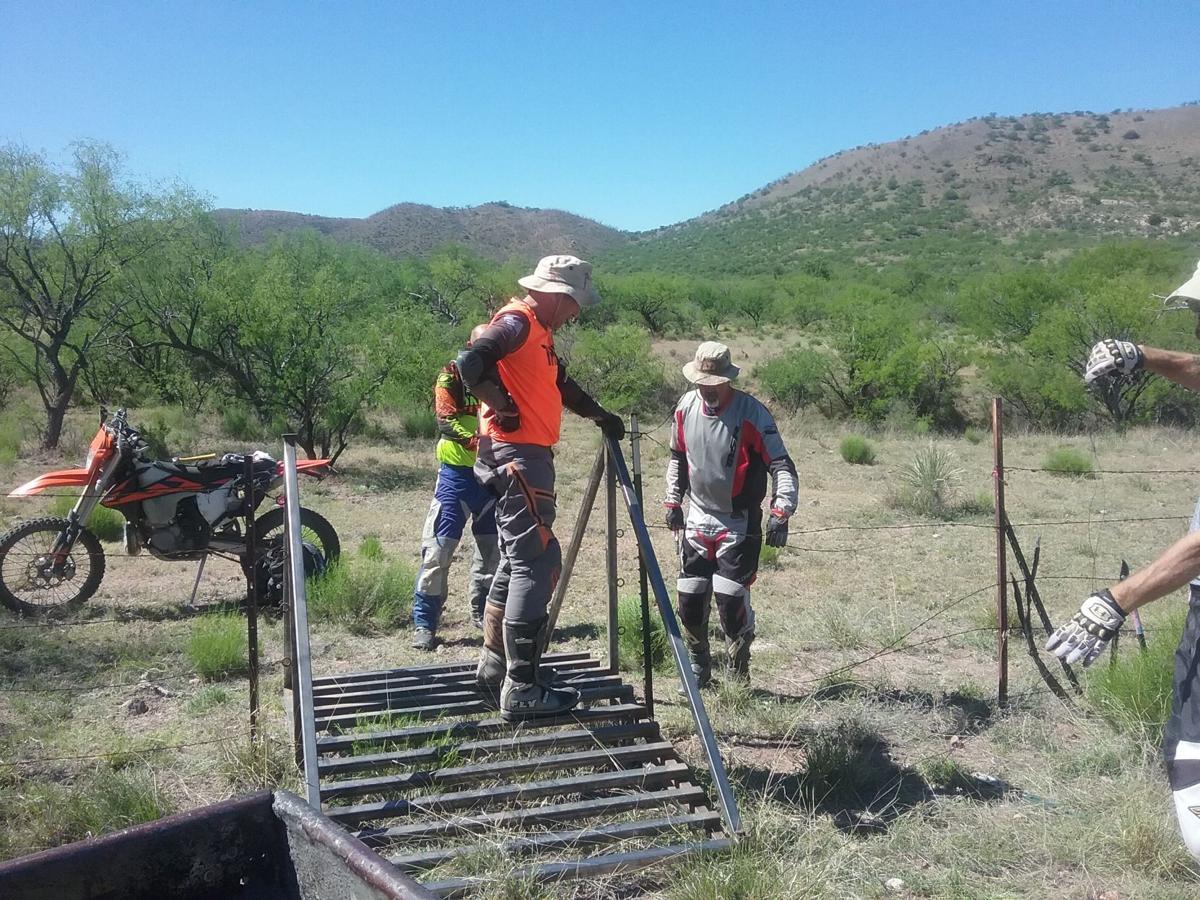 Mike Cook, left, and Tim McGuire install a metal barrier during the construction of the Red Springs Trail in the Tumacacori Mountains.

Load up the motorbikes, horses and mountain bikes — there's a new 24.6-mile trail south of Green Valley ready for riders thanks to a partnership between a non-profit and the U.S. Forest Service.

The Red Springs Trail in the Tumacacori Mountains, off Interstate 19 at the Chavez Siding Road exit, began as part of the Forest Service's plan for a long-distance, single-track trail for motorcycles on the Coronado National Forest.

Heidi Schewel, a public affairs specialist with the U.S. Forest Service, said the trail was a collaboration between the Forest Service and the Trail Riders of Southern Arizona.

"It's on Forest Service land, and we had to do the environmental analysis, but they did a lot of the work and the heavy lifting," she said.

The Forest Service and Trail Riders started construction on the trail in 2018; it was dedicated Wednesday.

Trail Riders' president George Wysopal said the group gave more than 1,600 volunteer hours to the project and continue to play a vital role in maintaining the trail.

"We were there virtually every day," he said. "As a club, we were out there clearing brush, clearing rocks of the trail, working side-by-side with the Arizona Conservation Corps group that came out to help build part of this trail."

And to get to the point where the Forest Service would take a chance on the Trail Riders' commitment to the project was an effort in itself.

Wysopal said the non-profit had to prove its legitimacy through other volunteer projects in the community. The hard work paid off when John Titre, a Coronado recreation staff officer, took a chance on the group and worked on securing grant funding for the project.

Nearly 18 of the 24.6 miles of trails were various social trails that were improved and incorporated into the project. The remaining six miles were new trails. Schewel said social trails are unofficial trails made by the public.

"The trail was built conforming to a lot of the topography that's already out there to reduce soil erosion and protect the natural resources," she said. "It's narrow in scope for two-wheeled motorcycles or mountain bikes, horses or hikers."

While the path is narrow and not recommended for ATVs, Schewel said there aren't safety concerns about the mixed-use trail.

"If something's coming that has a motor on it, you're going to be able to hear it miles away," she said. "And there's plenty of room to get out of the way."

The trail is in open desert and grassland areas, and although it's a narrow path, there is plenty of free space along the sides.

While Schewel doesn't expect a lot of user conflicts between the motorized and non-motorized users, she said the Forest Service plans to monitor the trail. The monitoring isn't just for safety concerns but also for trail conditions and protecting natural resources in the area.

"That monitoring is going to be done primarily by the Trail Riders of Southern Arizona, they're taking that on," Schewel said. "And then we'll have our law enforcement people that are patrolling as part of their regular duties."

Wysopal said the group regularly rides the trail and hasn't had significant issues with general misuse. The Trail Riders have engaged with the public about staying on the trail and not riding in the open desert.

Despite the few instances of off-trail riding, Wysopal doesn't see it as becoming an issue, given the rough terrain and remote location acting as a natural deterrent. Whether the Forest Service anticipates problems, Schewel said the critical part is that trail users show each other common courtesy to avoid conflicts.

Wysopal echoed the sentiment by emphasizing basic trail etiquette and understanding that the trail is mixed-use and open for everyone, including riders.

A map of Red Springs Trail. For directions on how to get to the trail from Interstate 19, check the information box with this article.

Local volunteers are working hard to clear wilderness trails for the U.S. Forest Service in the Santa Rita Mountains, and their efforts not on…