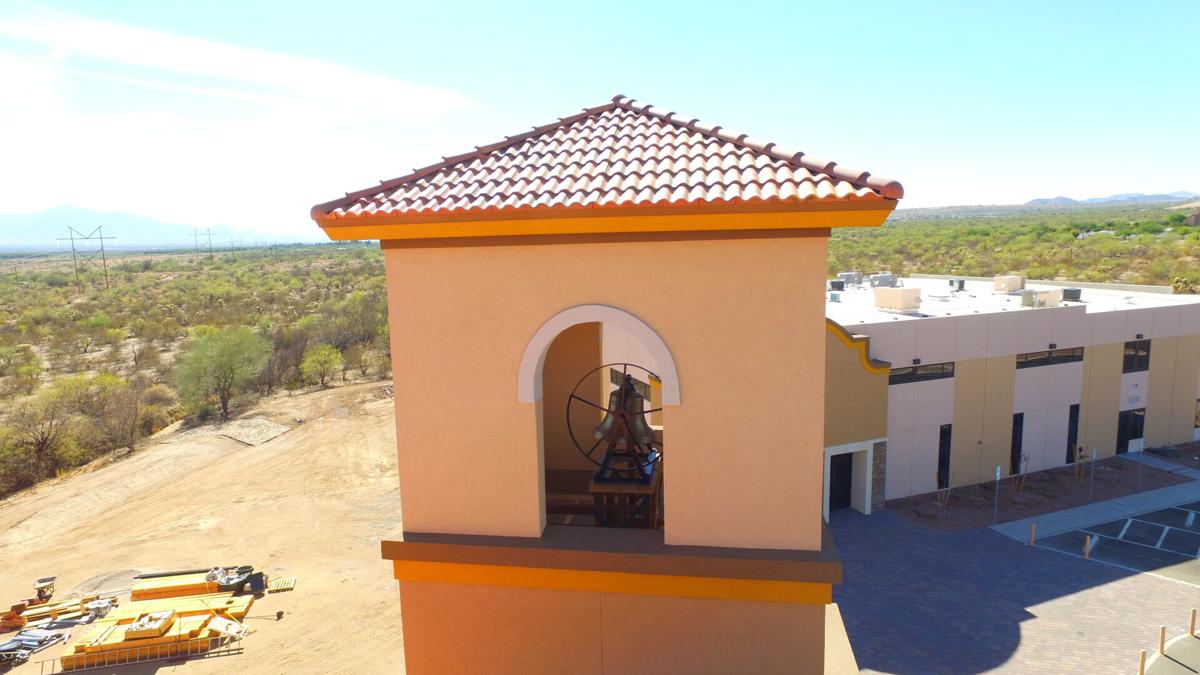 The bell hangs in the tower at the newly open Grace Lutheran Church in Sahuarita.

Ryan Heiman, left, and his father, Gregory, ring the 140-year-old bell at Grace Evangelical Lutheran Church that was donated by another church in Oshkosh, Wisconsin. 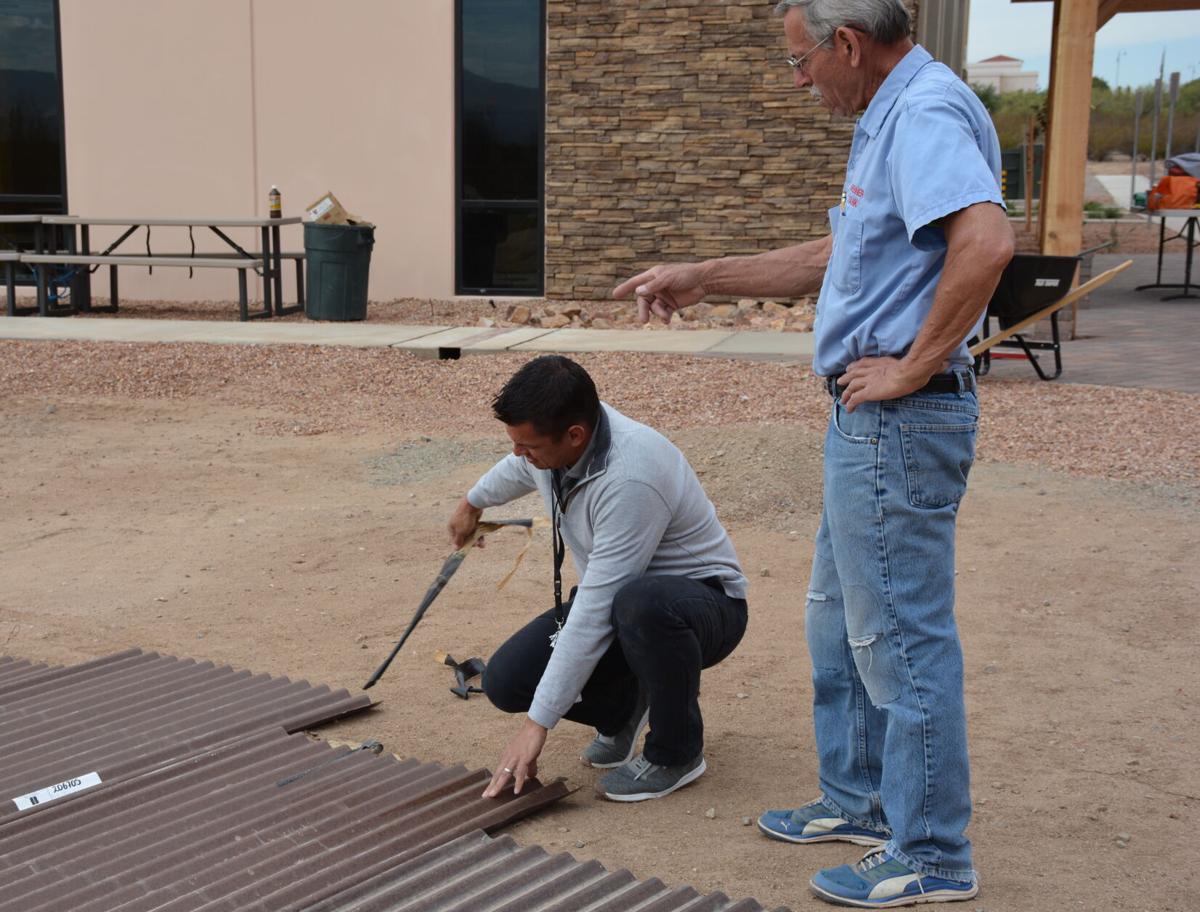 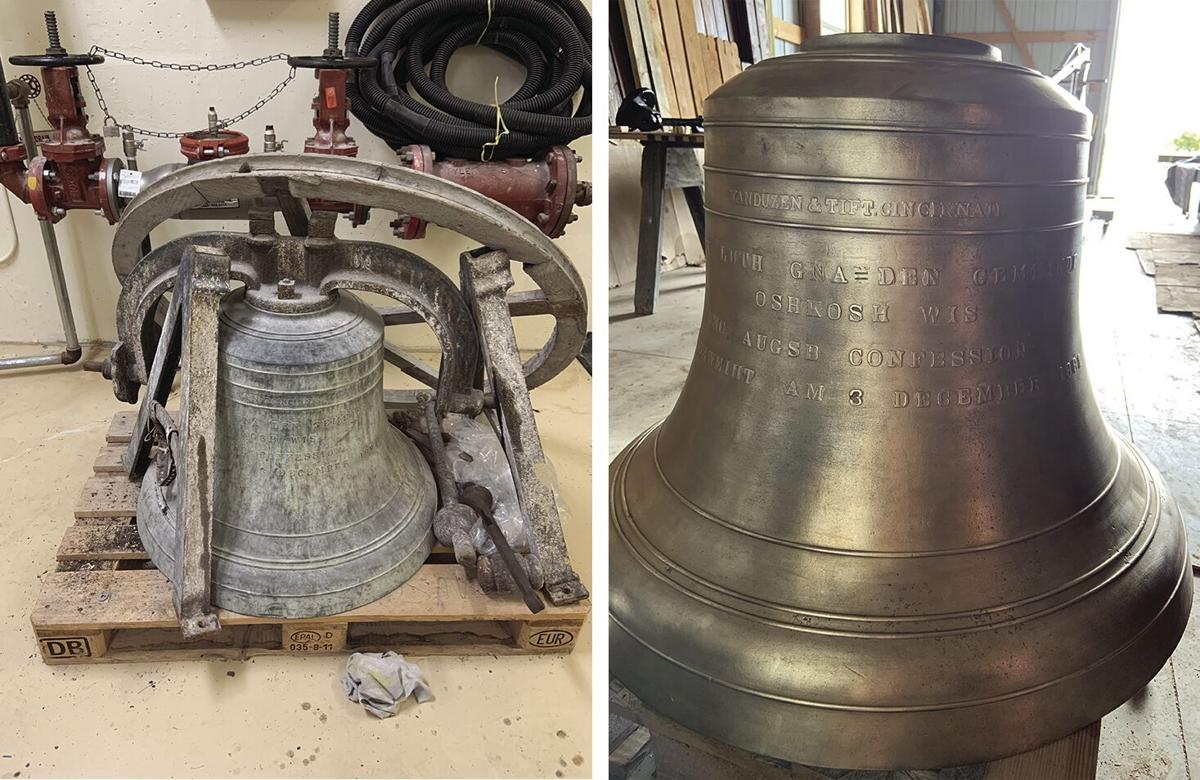 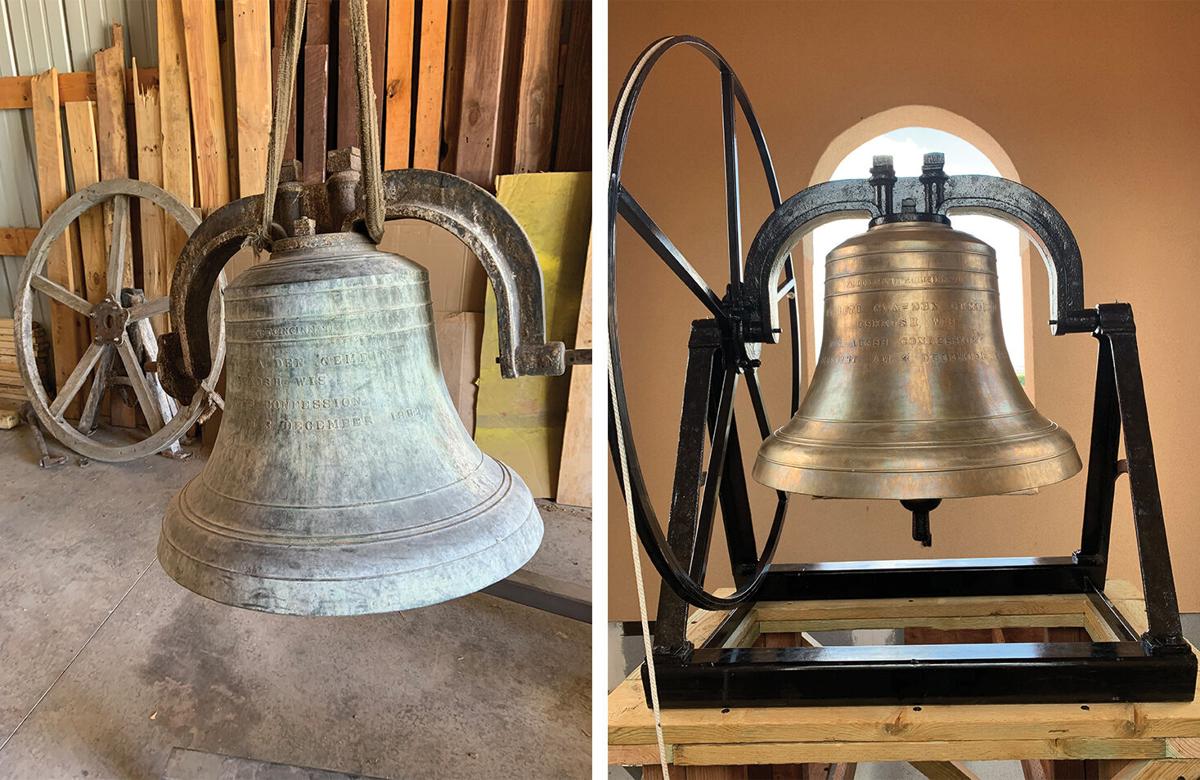 The bell hangs in the tower at the newly open Grace Lutheran Church in Sahuarita.

If you've noticed a ringing the last few Sundays near Sahuarita Town Hall, that's the refurbished sound of history coming from the bell at Grace Evangelical Lutheran Church.

The bronze bell from 1882 found a second life in Sahuarita after about 20 years in storage and a nearly 2,000-mile journey.

However, most of the bell's history is lost.

Heather Mandeik from Grace Oshkosh said the bell predates many of the church members and there isn't any collective memory or records on it.

Verdin Bells & Clocks acquired Buckeye's assets in the 1950s. Verdin and Buckey had both lost most of their records in The Ohio River Great Flood of 1937. However, some records from the 1880s Vanduzen Company – Buckeye's owners – did survive.

A Verdin representative on Monday took a look in the company's basement archive and found a one-line entry in a logbook from 1882 with information about the bell's origin.

The logbook doesn't note F. Wille's affiliation with the church, and Mandeik said they didn't have founding documents readily available and wasn't sure who the person was.

Verdin said there was a reference in the logbook to another set of records with more details on the bell's casting contract and buyers. However, only two books of this type survived and they were from 1885.

The bell got a second chance to ring when Pastor Ryan Heiman wanted to place a bell in the congregation's new church tower. Ryan's sister, Mandeik, thought of the bell in storage in Oshkosh.

"She's the secretary at the church so she kind of knows where everything is in the church," said Gregory Heiman, Ryan's father. "When (Ryan) said he was looking for a bell, she said, 'Well, I think we have one in the basement.'"

Mandeik and her husband talked to the church, which ended up donating the bell to Grace Lutheran in Sahuarita.

From there, Gregory got to work at home in Fond du Lac, Wisconsin, giving the bell a face lift. It was no small effort on his part. The bell weighs nearly 600 pounds, the yoke about 150 pounds and the base almost 200 pounds.

And after nearly 140 years, the bell needed some extra love to bring back its shine.

"It was pretty weathered," Gregory said. "All the framework pieces and the yoke, I sandblasted those and primed and painted them with industrial paint. The bell itself, I sandblasted twice. And I didn't like the way it looked."

"I wondered what it would look like doing the (bronze)," he said. "I took a buffing wheel, like on a die grinder, and I buffed the whole thing."

But Gregory still wasn't happy with the finish and gave it a third pass with the sandblaster and then buffed it again. He was pleased, but he was still touching up rough patches as the bell made its way to Sahuarita and into the tower.

Gregory spent about a week and a half refurbishing the bell – around 100 hours. That included the mount, yoke and fabricating a new wheel used to ring the bell.

Getting the bell from the Oshkosh basement to the Sahuarita tower involved a couple strokes of good timing that made for a smooth journey.

Gregory said the Oshkosh church was undergoing construction and the on-site crews helped him get the bell out of the basement and onto a trailer.

After finishing the work, Gregory drove the bell to Arizona in the back of a pickup. When the bell arrived in Sahuarita, a crane crew happened to be on-site loading the church's air-conditioning units onto the roof.

"So the timing was all coordinated and everything," Ryan said. "So everything worked out. It was like the hand of God just kind of worked it out."

Ryan said costs were minimal. Gregory donated his time and covered the costs of the materials for the mount and wheel, and the church in Oshkosh donated the bell to Sahuarita. Even the crane crews didn't charge extra fees to lift the bell and its supports into the tower.

A piece of history

Gregory was happy to see the bell getting a second chance to ring out from Grace Lutheran's tower.

Ryan said they ring the bell every Sunday before worship, but Gregory enjoys getting some extra rings in while he is here helping Ryan build a covered walkway to the church's entrance.

"You can hear it down the road a little ways; it doesn't reach super far," Ryan said.

Ryan found he and the members are excited to have the bell in the community.

"It's from 1882, so there's just that history," he said. "It's really cool to have it brought back to life after (20) years of just not doing anything with it. That's really cool."