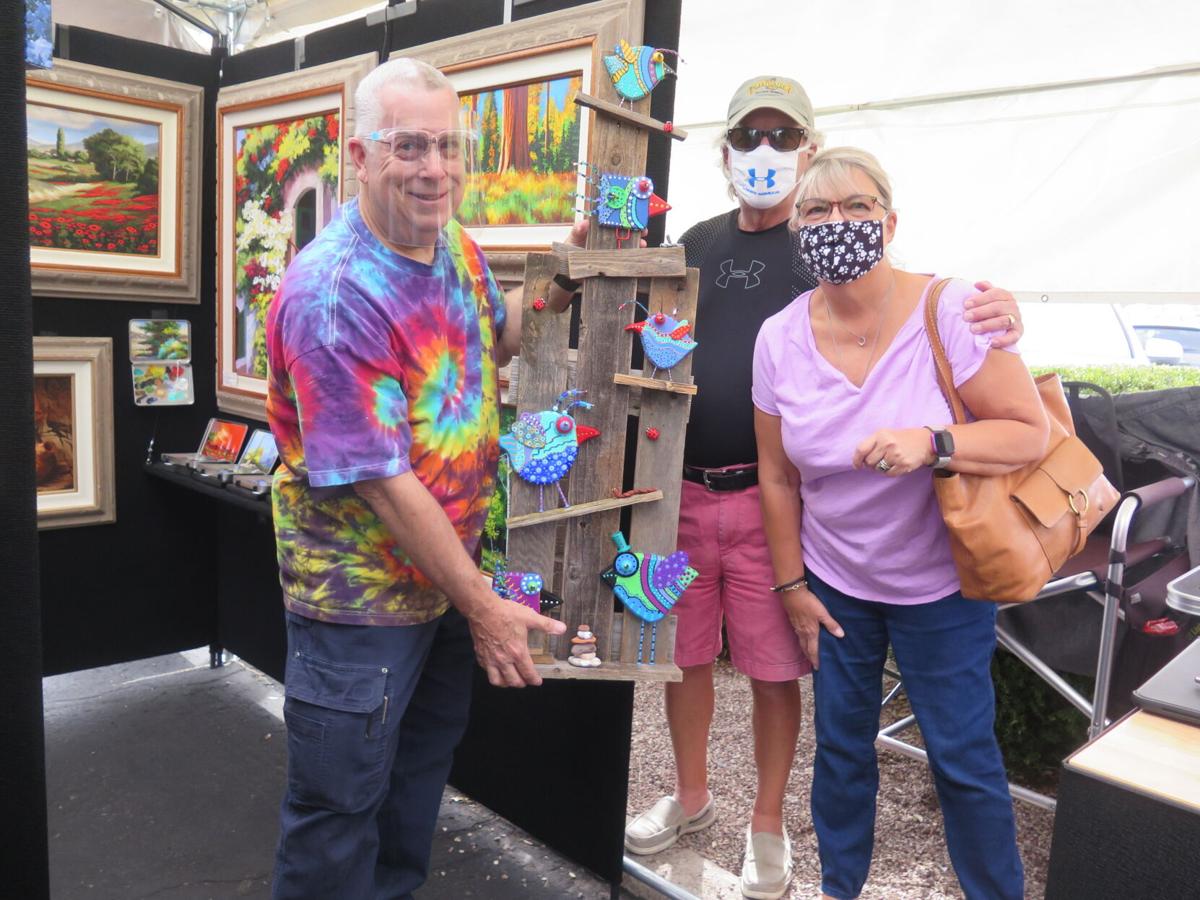 Artist Alan Smith is ready to hand over this piece to Jim and Karen Dougherty that Smith’s wife, Vickie, custom-made for them 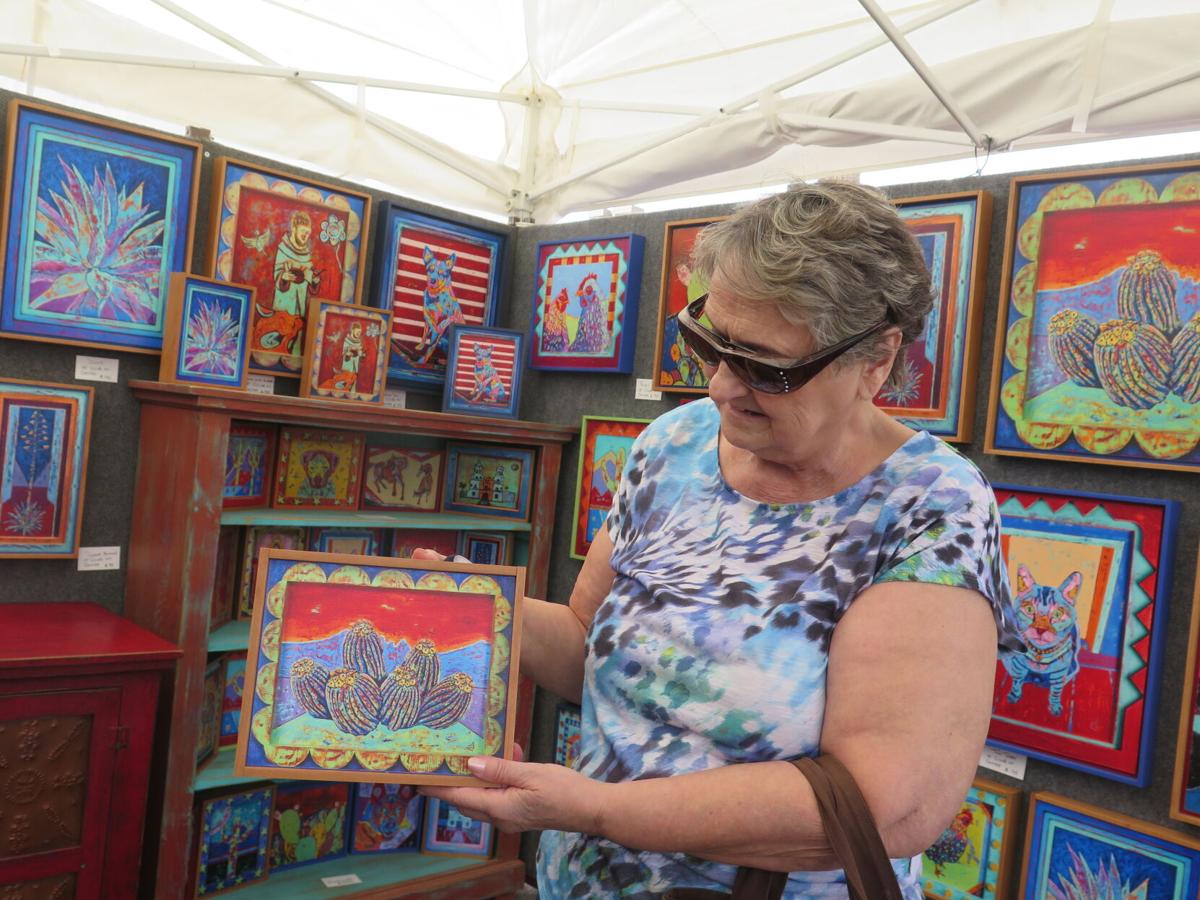 Kathy Inman looked at several framed pieces by Ashley Chamberlain and chose this one. 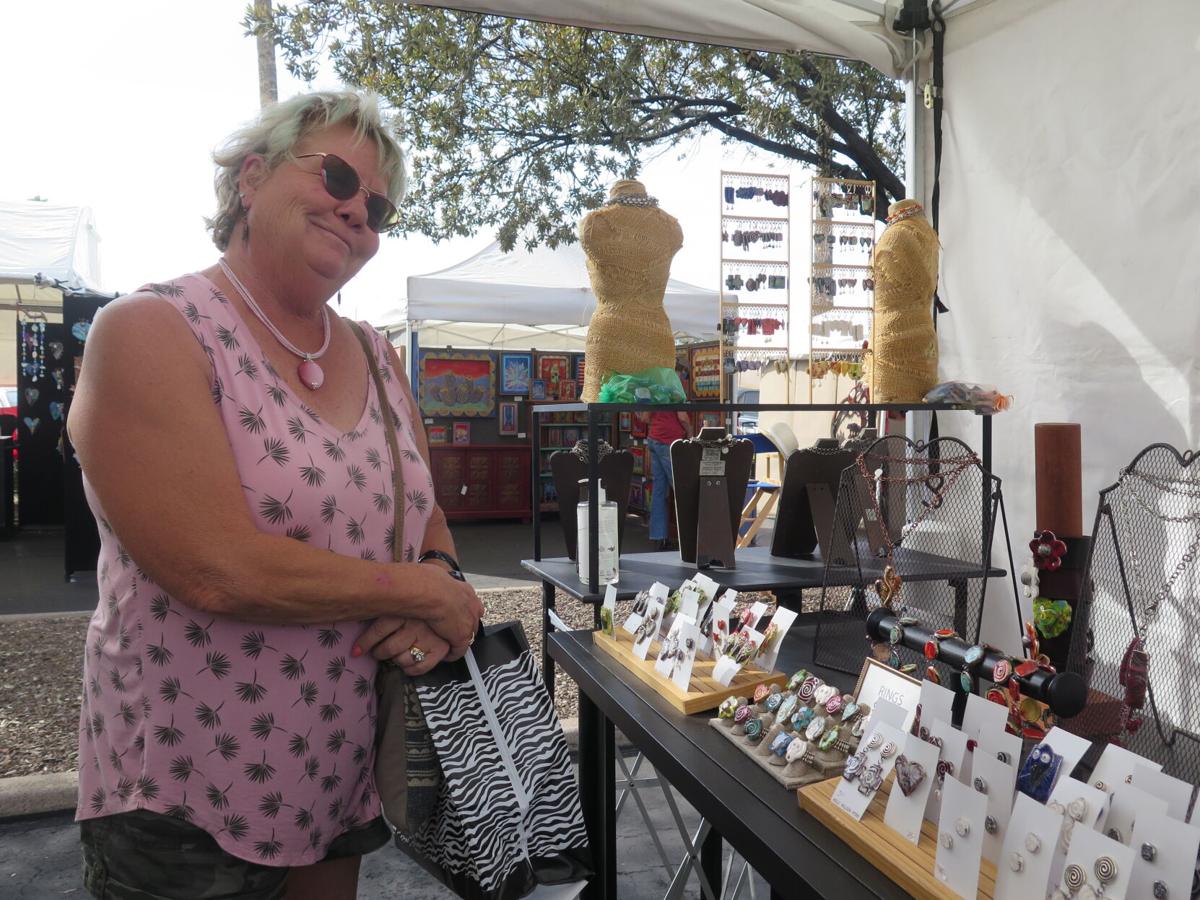 Artist Alan Smith is ready to hand over this piece to Jim and Karen Dougherty that Smith’s wife, Vickie, custom-made for them

Kathy Inman looked at several framed pieces by Ashley Chamberlain and chose this one.

Artists who depend largely on revenue from weekend craft shows have taken a hit this year when their shows were canceled starting in March due to COVID-19.

Vickie and Alan Smith bring their Running Bear Productions show to Continental Shopping Plaza three times. She said the Oct. 21-23 in Green Valley was the first show they were allowed to do since shutdowns began last spring.

“It wasn’t bad considering it’s an election year when people tend to keep their hands in their pockets,” Alan said.

“We were the first outsiders allowed in. People were thrilled to have something to do,” she said.

Lu Nelson, who exhibited at Running Bears Continental Plaza show this weekend, said she’s been pleased with sales at the couple of shows she’s done.

Sherry Shamroth, who does craft shows with Laurie Larwood, said a recent show at Orange Grove and Oracle was “very good.”

The overall consensus is that since most people aren’t traveling and are tired of staying in, they’re thrilled to have local art shows for new things to look at, appreciate and buy.

Shoppers on Friday were taking their time to look carefully at what vendors had to offer. There were several new artisans offering home décor and outdoor yard art items as well jewelry, clothing and greeting cards.

The Continental show was the fifth since Oct. 28 for porcelain jewelry designer Molly Willson-Perry. She’s pleased to be out selling again.

Kathy Inman looked carefully at a colorful selection of Southwestern-themed framed art by Ashley Chamberlain and after deciding between two, she bought one.

Ruth Bradley was attracted to a colorful piece of metal art by artist James Lee.

“I’m going home to measure the space and if it fits, I’ll be back tomorrow,” she said.