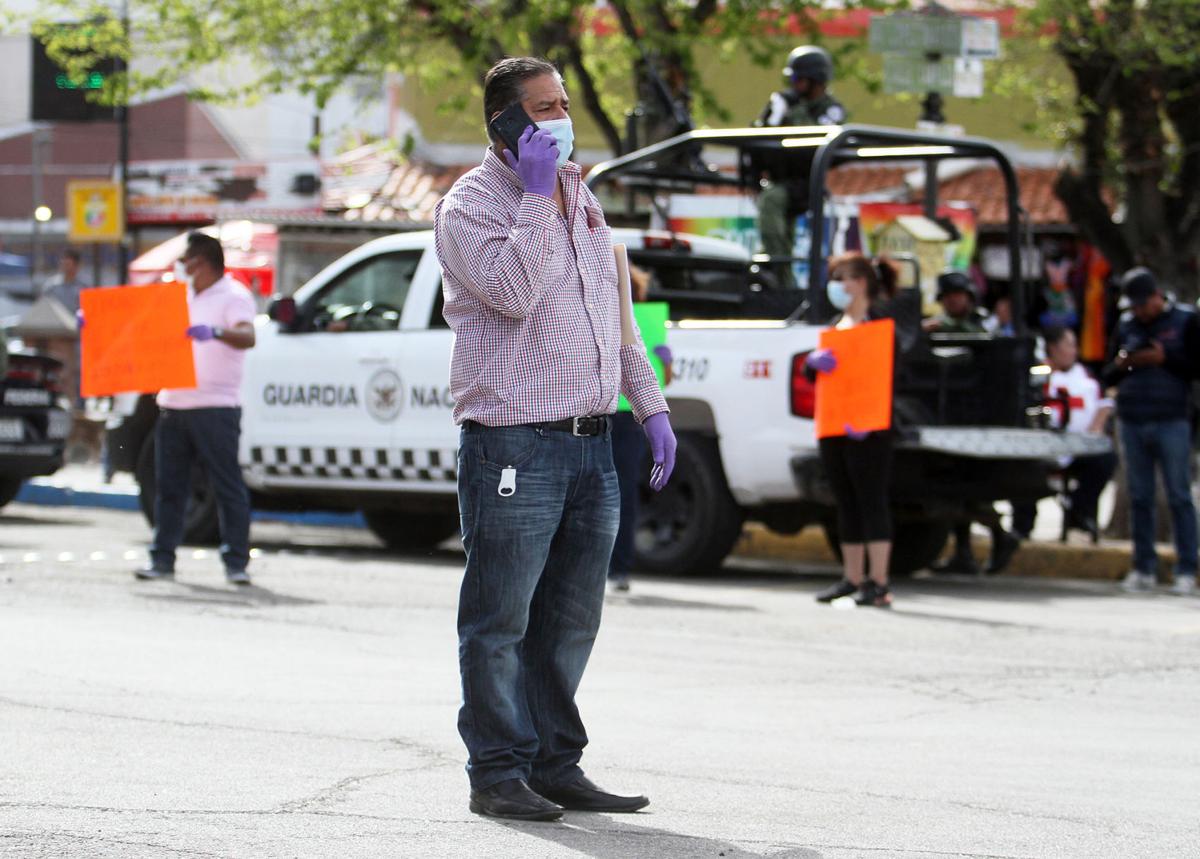 Protest leader Jose Luis Hernandez speaks to a reporter via telephone while standing in the middle of the vehicle lanes leading south from the Dennis DeConcini Port of Entry on Wednesday afternoon. 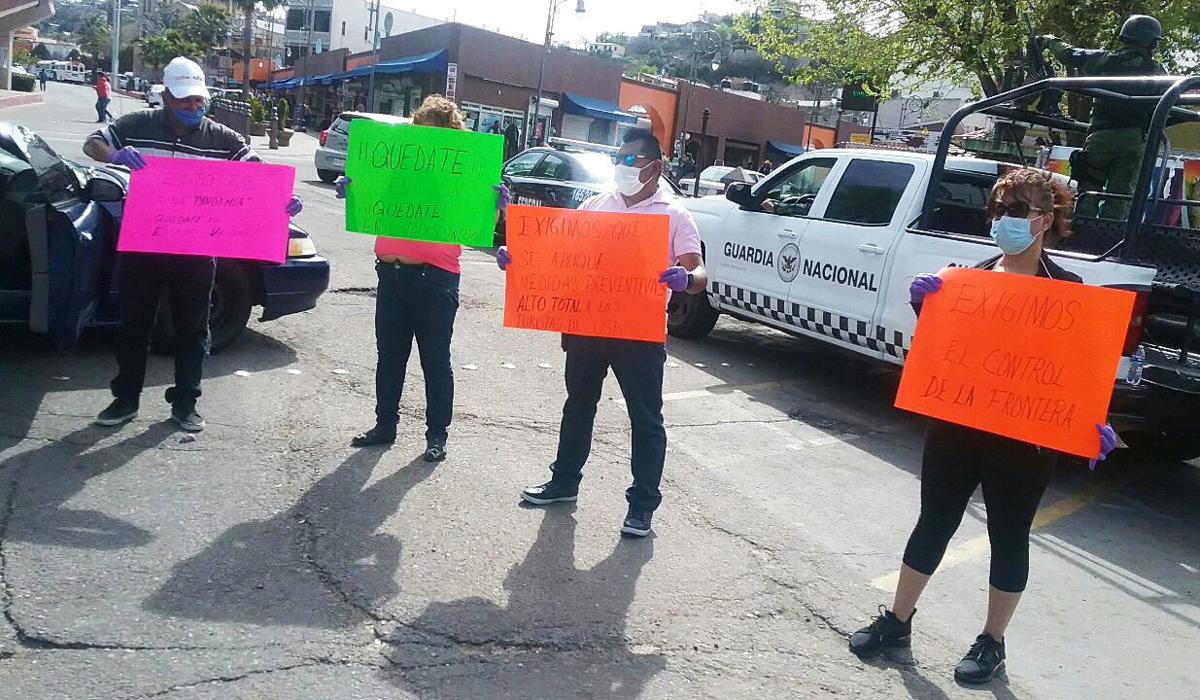 We have lifted the paywall on this story. To support essential reporting, please consider becoming a subscriber.

Protesters in Mexico blocked the southbound vehicle lanes leading away from the Dennis DeConcini Port of Entry on Wednesday afternoon, demanding that their government take stronger measures to protect the nation from the coronavirus.

The group of citizens, who called themselves the Sonorenses Por la Salud y la Vida (Sonorans for Health and Life), parked two cars across the lanes leading out of the Mexican customs area of the port beginning at around 1 p.m.

Approximately six or seven protesters then stood in the blocked lanes, holding signs displaying the hashtag #QuedateEnCasa (#StayHome) and insisting that the federal government act “responsibly” and implement temporary border restrictions in response to the COVID-19 outbreak.

“We need to protect our population because if the problem were to worsen in our country, Mexico doesn’t have the economic, infrastructural or medical capacity to confront the situation,” protest leader Jose Luis Hernandez told the NI.

Still, he said, they weren’t asking the government to close the border — just to take stronger measures to screen people entering Mexico from the United States for the virus.

Speaking at 3:30 p.m., Hernandez said the protesters planned to block the vehicle lanes for another hour.

Municipal police and members of the Mexican military stood around the perimeter of the protest, but did not make an effort to remove the protesters or their vehicles.

Authorities turned northbound vehicles away from the port as well, though pedestrian traffic was not affected by the protest. The Mariposa and Morley Avenue crossings were not affected, either.

Meanwhile on the north side of the DeConcini port, Nogales Police Department officers detoured traffic away from the Mexico-bound vehicle lanes.

In a letter addressed to Nogales, Sonora City Manager Jorge Jauregui Lewis, the protesters demanded the implementation of the following measures:

• Restrict all non-essential travel, including non-urgent medical visits and those of Mexican citizens living in the United States.

• Allow exceptions for visitors traveling from the United States to Mexico for essential purposes, but only after they are cleared for potential illnesses.

• Allow commercial travel based on an evaluation of importance, and under the same criteria that the United States has applied to Mexico.

• That the health sector act responsibly and ensure that all immigrants deported from the United States to Mexico do not carry any contagious disease.

Hernandez said today’s protest was the group’s first action, but they were ready to block traffic at both the DeConcini and Mariposa ports of entry on Thursday afternoon if they didn’t receive a satisfactory response to their demands.