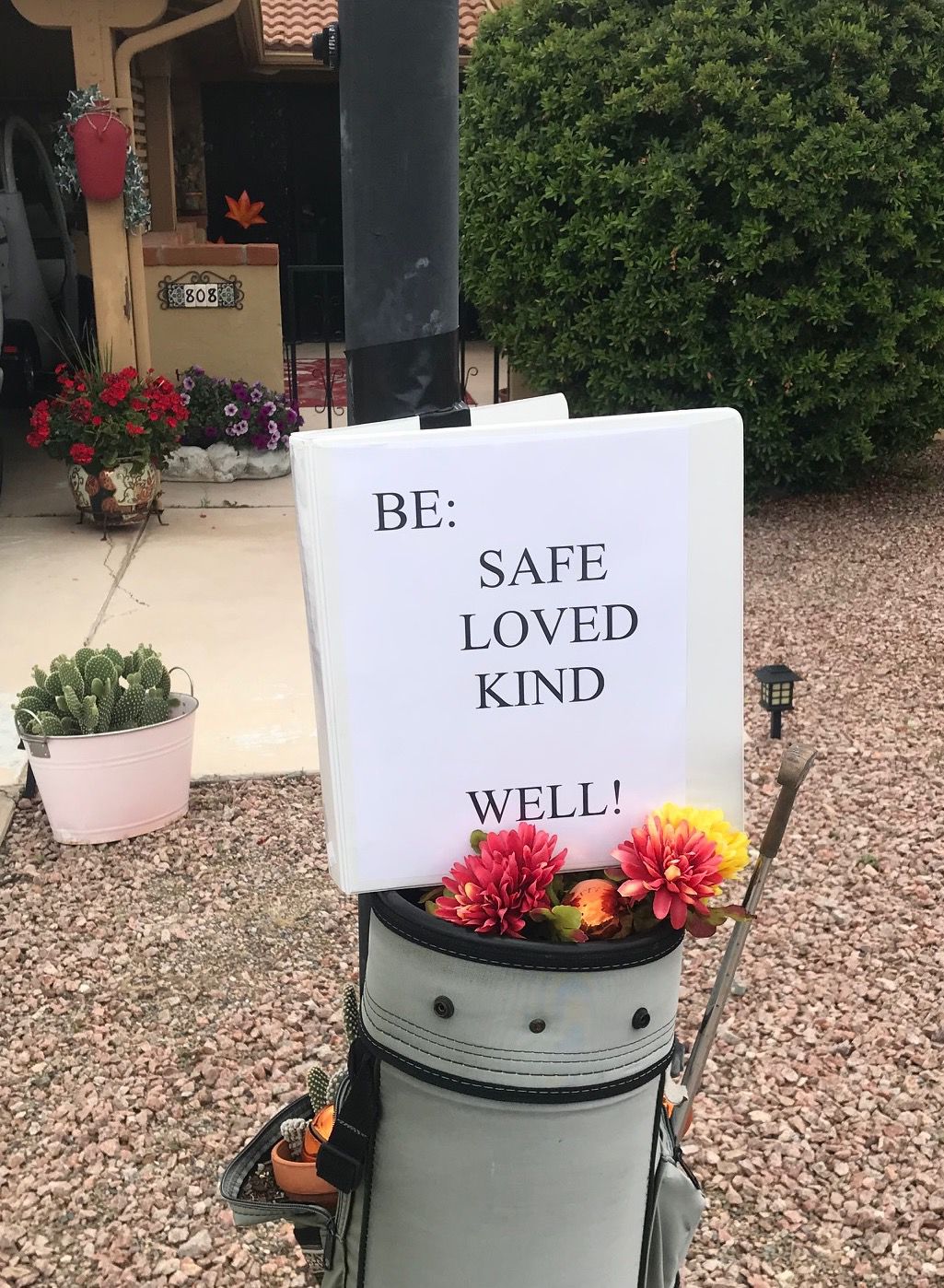 Sharon Rezac Andersen posted this sign in her front yard on Abrego Drive in Green Valley. 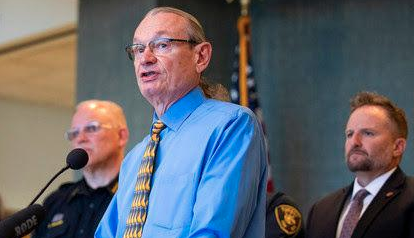 We have lifted the paywall on this story. To support essential reporting, please consider becoming a subscriber.
1 of 2

Sharon Rezac Andersen posted this sign in her front yard on Abrego Drive in Green Valley.

Pima County health officials are looking to work with the University of Arizona to ramp up coronavirus testing but they also want people to know the situation is going to get worse before it gets better.

Deputy County Administrator Dr. Francisco Garcia told the Board of Supervisors on Thursday that the county is working with UA to develop testing kits. Garcia said the goal is testing capacity of about 1,000 per week as soon as possible. The University's Health Sciences Biorepository released a statement that they secured enough materials to produce 7,000 kits.

The news came a day before Tucson Mayor Regina Romero ordered the closure of non-essential businesses through April 17 across the city and urged — but didn't order — residents to stay home. Her proclamation adheres to a list of essential services drawn up by Gov. Doug Ducey's office and released Monday. He has not yet ordered that put into place.

Romero's proclamation goes beyond the governor's by suggesting — but not ordering — salons, barber shops and "personal hygiene" services shut their doors. She also took a swipe at Ducey, saying there was an absence of "clear statewide direction" that forced her proclamation.

"We cannot afford to wait any longer; COVID-19 is not waiting and neither can we. If Gov. Ducey is unwilling to take decisive action at the state level, then he needs to untie the hands of local jurisdictions and allow us to make decisions that are best for our individual communities," Romero said.

The Arizona Department of Health Services on Saturday reported 773 cases of coronavirus in the state and 15 deaths. There are 120 reported cases in Pima County and five deaths. The latest death reported Saturday was a male hospice patient between the ages of 18 and 40, according to the Pima County Health Department. On Friday, two deaths were reported in the county, a man and woman in their 80s with underlying medical conditions.

According to UA, coronavirus test kits consist of two critical elements – a swab and a media. It's a lack of these two elements that led to a bottleneck in widespread testing. The University's Bio 5 Institute manufactured the media, which secures the sample.

Garcia told the board that the Health Department has also been pursuing other avenues in the face of testing kit shortages.

"Up until last Thursday morning (March 19), we were being assured by our supplier that we would be receiving more than 5,000 test kits," he said. "That afternoon, we were informed by them that our order had been canceled. This is happening across the country, where jurisdictions are competing against jurisdictions. And we are competing against the federal and state government in order to procure these valuable and scarce assets."

Garcia said right now, testing is "painfully scarce" because laboratories couldn't process tests, and there aren't supplies to collect samples and transport them to the labs.

"I have to caution you not to pay too close attention to one day versus another day because the day before, it wasn't nearly so many," he said. "What's happening is the lab samples are backed up and getting batched. So, you'll see a whole bunch at one time come through."

But, he added, "This is still just the beginning. This is going to get a lot worse before it gets better no matter what mitigation strategies we undertake."

The virus has been reported in 14 of the state's 15 counties, which designates it as "widespread." England said that designation changes the overall message. Greenlee is the only county without a reported case.

"The messaging changes away from, 'Oh, my goodness, I was at this event, and there was one person identified at the event,' to you should assume in any event, in any shopping experience, in any group of people, that somebody there may be infected," he said. "It is going to become very common, and we need to behave like it's all around us, all the time."

England said outbreaks peak and then decline because enough people end up infected that it builds herd immunity.

"It's the same term we use all the time when we're referring to vaccines," he said. "So you won't peak unless either the disease becomes seasonal and goes away for that reason or you have enough herd immunity in order to have fewer people available for it to go to next. And that is very likely to be half of us or more. So this is going to be an infection that is going to be very widespread before it can get better."

Ducey on Thursday ordered Arizona hospitals to increase capacity to prepare for a potential influx of patients due to COVID-19. The order requires hospitals to "increase the amount of hospital bed capacity in the state, take steps to optimize staffing levels and maximize critical resources."

The order also requires hospitals to:

In addition, the order:

President Trump on Friday signed a $2.2 trillion stimulus package much bigger than that passed in 2008 when global financial markets came crashing down.

The package includes payments of up to $1,200 to individuals and money for hard-hit large companies such as airlines and hotels, with some for medium and smaller companies.

The Small Business Owner's Guide to the CARES ACT offers help for small businesses and is available online.

The Pima County Board of Supervisors on Thursday voted, 3-2, to extend to April 10 the prohibition of dining in at restaurants and other services that foster people gathering in large groups.

The board also approved removing the criminal violation from their March 19 proclamation and replaced it with a civil penalty.

In a 4-1 vote, the board approved sending a letter to Ducey's office encouraging him to consider all means of containing the COVID-19 outbreak in Arizona, including a shelter-in-place policy.

Supervisor Steve Christy, District 4, was the only supervisor to oppose the letter.

The board also approved having weekly special meetings during the COVID-19 emergency. The meetings remain closed to the public and media but are broadcast on Cox Channel 96, online through the county's website, or on the county's Facebook page.

The Board of Supervisors website has a link to both in the "Services & Resources" tab.

A COVID-19 hotline has been set up to answer questions from the public about testing, symptoms, and many other virus-related topics.