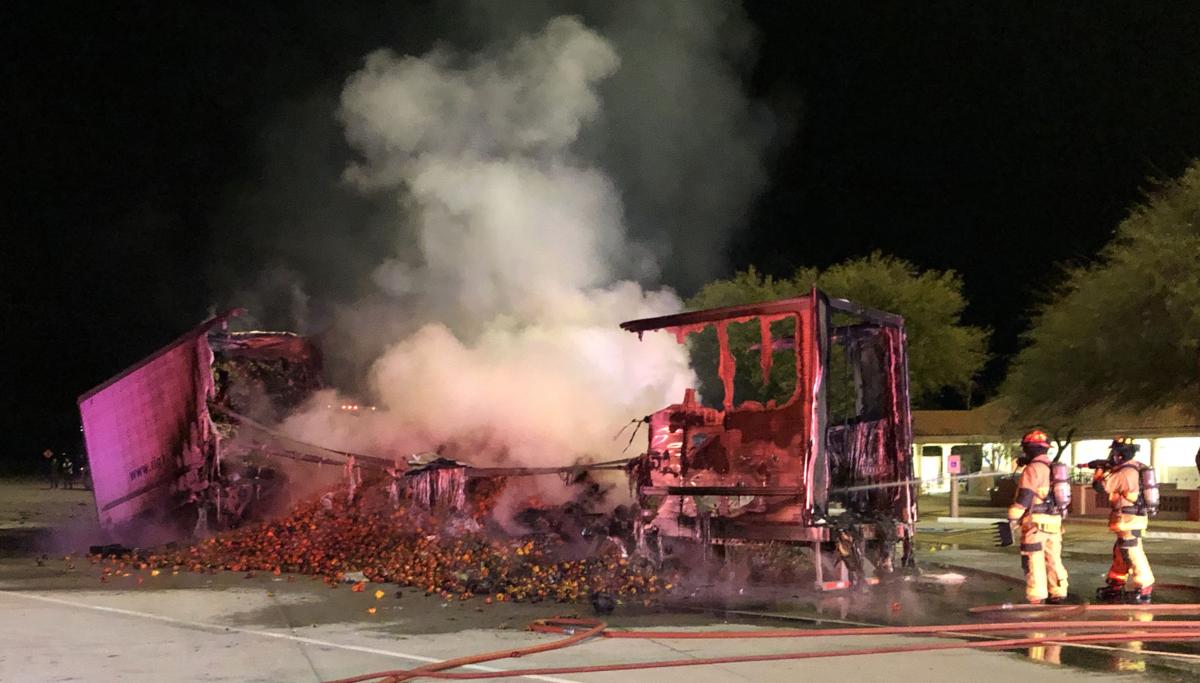 The driver of a semi-truck filled with tomatoes escaped injury Tuesday night when his rig caught fire. 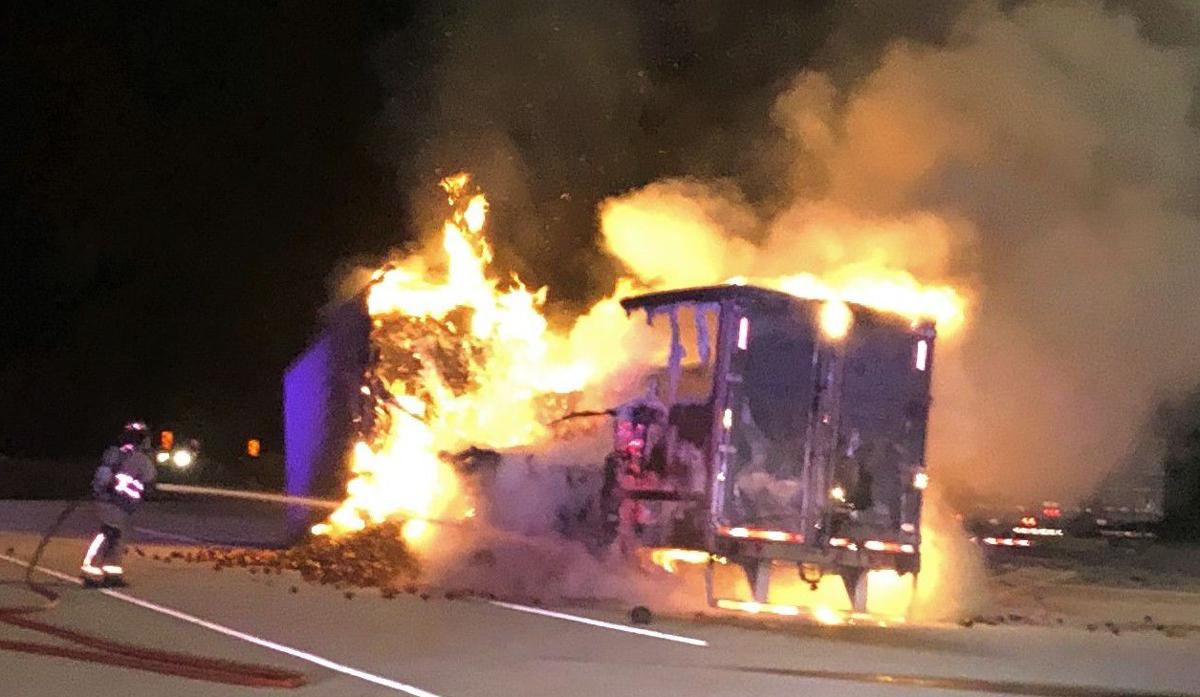 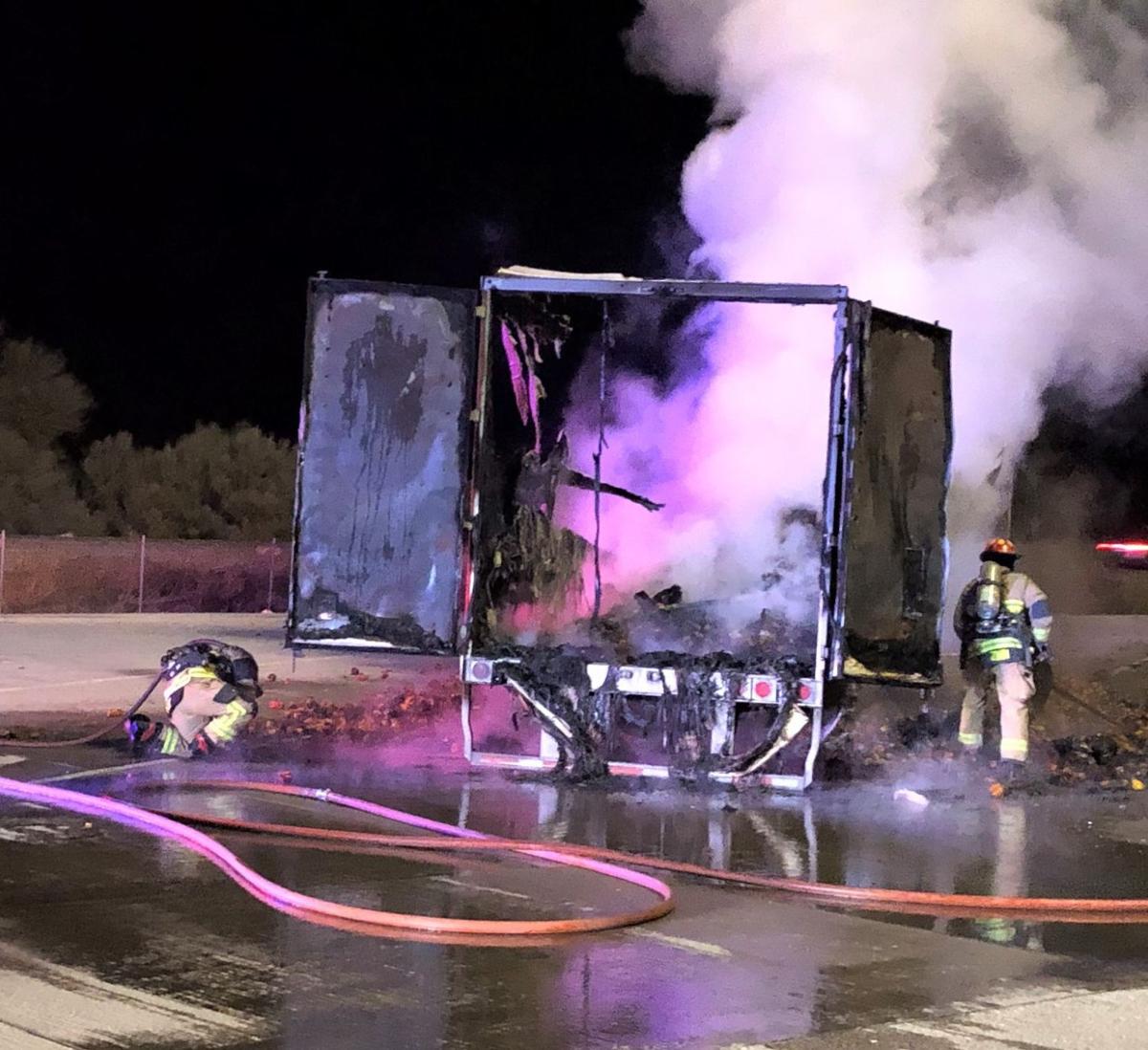 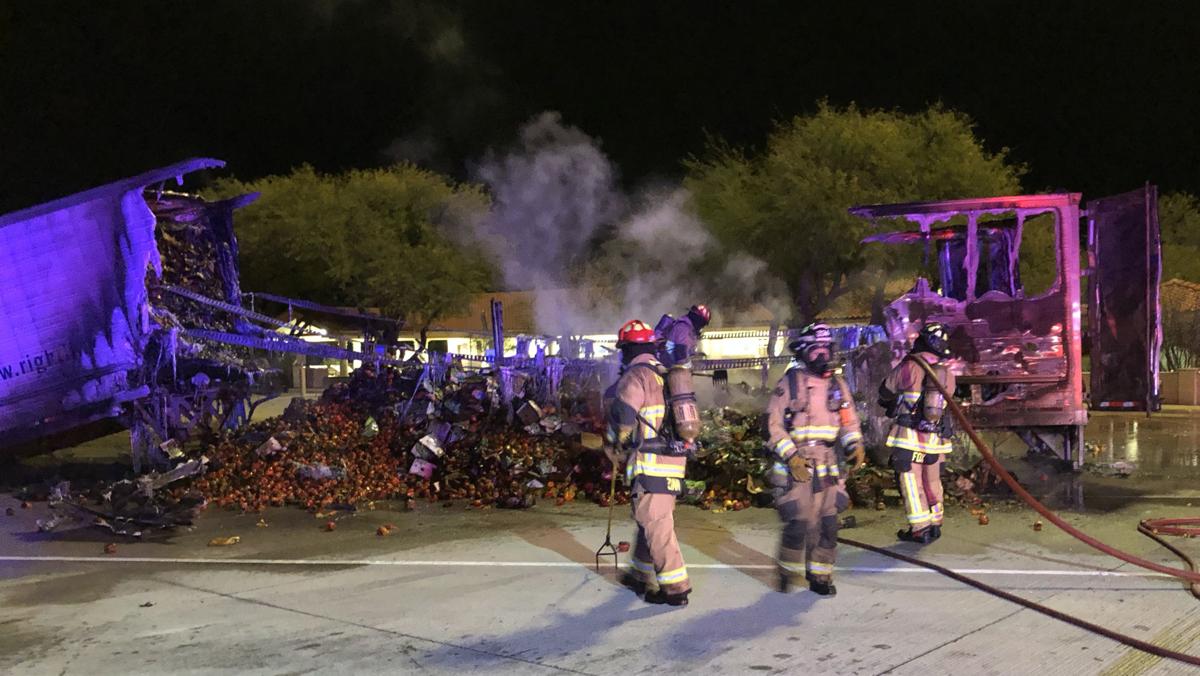 Buy Now
Stay Informed. Subscribe For Only $1.99 Per Week

The driver of a semi-truck filled with tomatoes escaped injury Tuesday night when his rig caught fire.

Green Valley Fire District crews responded to the second semi-truck fire within a week Tuesday night and again the truck was carrying tomatoes.

GVFD spokesman L.T. Pratt said a man driving north on Interstate 19 realized his trailer was on fire shortly before midnight and he pulled into the rest area between Arivaca and Canoa roads. He unhooked his tractor and waited for firefighters to arrive.

It took over 45 minutes to extinguish the fire and the trailer and the load, which also included peppers, were a total loss, Pratt said.

No one was hurt and the interstate remained opened.

On Jan. 8-9, northbound I-19 was closed for several hours after a semi-truck hauling tomatoes caught fire around 11 p.m. GVFD also put out that fire, which was between Esperanza Boulevard and Duval Mine Road. No one was hurt in that blaze either, which started after a tire exploded.

DPS is investigating the cause of Tuesday's fire.