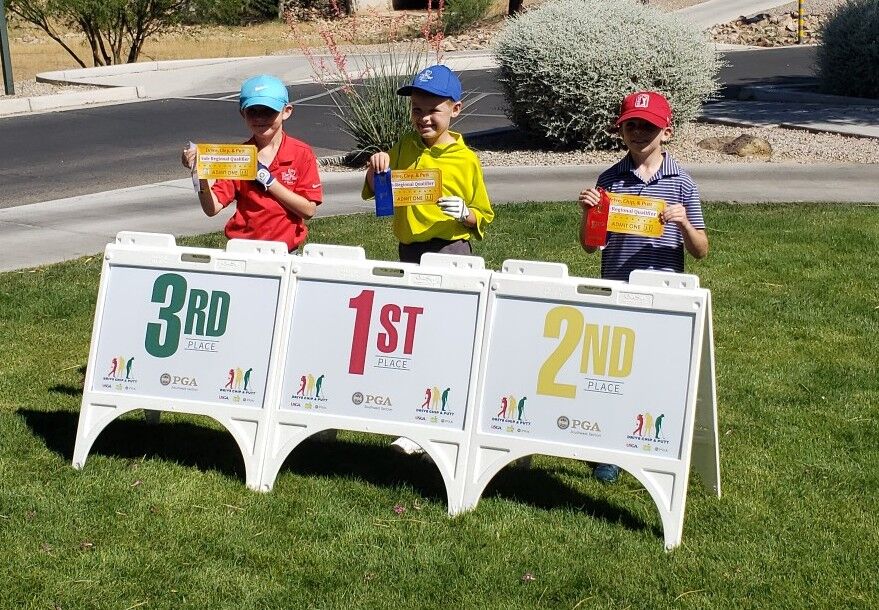 Sean Williams, 7, finished first in his age group in the national Drive, Chip & Putt competition in May.

Sean Williams putts in the competition in May.

Sean Williams, a 7-year-old first-grader from Sahuarita, won the 7-9 age division in the national Drive, Chip & Putt competition May 16 at Sewailo Golf Club near Tucson.

He was the only golfer to place in all three categories and qualified to move on to the sub-regional qualifier in Las Vegas in August. If he places there, he’d play at the regional qualifier to compete for a chance to qualify to play in Augusta, Georgia, with 10 boys in his age group the week of the Master’s Tournament in April.

Sean’s mom, Carrie, said he had a busy morning. After winning the competition, including a six-foot putt, he made it on time to celebrate his brother’s graduation from pre-kindergarten.