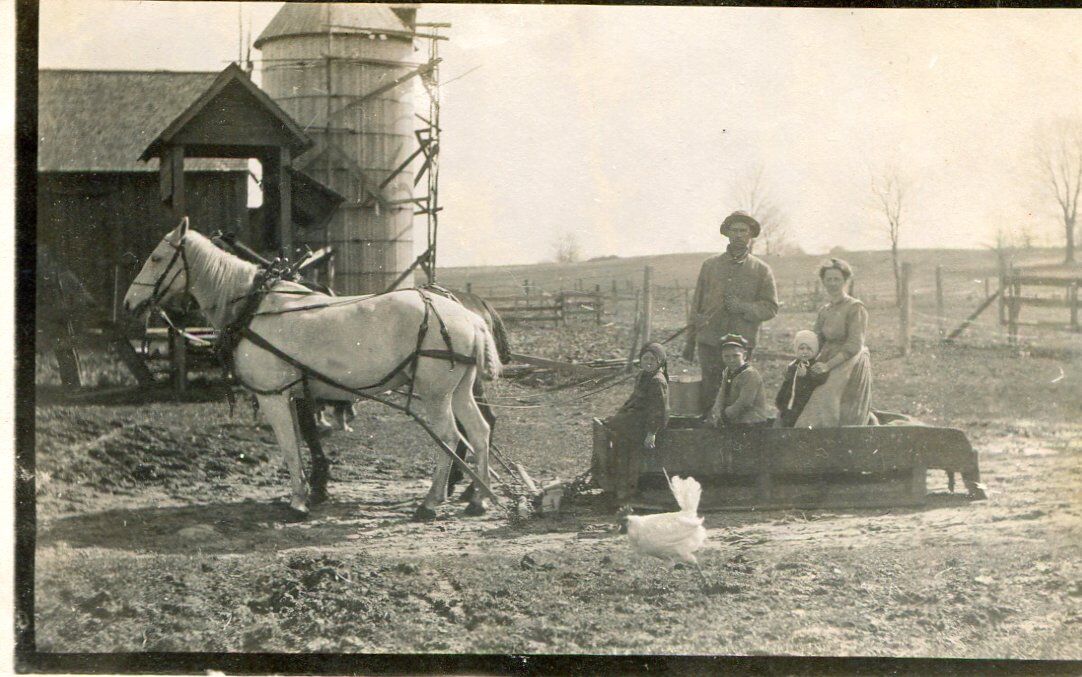 The Dyke family on their farm in Nebraska. 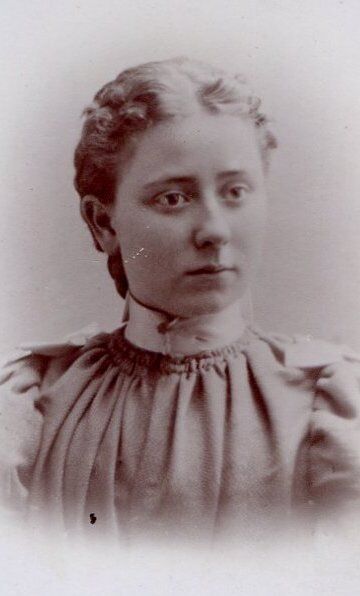 Eula as a teenager. 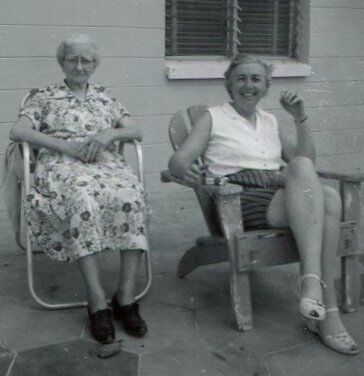 The author's Grandmother and Mother during a cease fire.

She was the genesis of my interest in Western history. A very small old woman occupied a very large segment of my youth. Her name was Eula Remington Johnson Dyke.

My father's mother had an enigmatic history. Her stories would

morph, from time to time, as did her age. For instance, her tombstone is etched with the birth year of 1880. Sources, including Eula, revealed her coming-out party was in 1874.

It was unknown where she was born. Eula was vague about that, perhaps given her early life was one of displacement. Her best recollection was somewhere in Oklahoma or Nebraska.

Her first encounter with hardship came when her father, a man named Remington, died when she was very young. Probably out of financial necessity, her mother placed her with other families.

Eventually she rooted with the Johnson family, who moved to the East. Horace Greeley's advice was not embraced. She would refer to the Johnsons as "kin," but she was never adopted formally.

The East proved itself equally difficult.

Eula married a farmer, Jesse Dyke. They were opposites in every way. He was a tall, rawboned man of dark complexion with an ungovernable temper. When he spoke (yelled), his commands were laced with profanity. Jesse was perpetually unhappy.

Eula, barely 5 feet and less than 100 pounds, was his equal. She was red-headed and fair. Her mind and grit balanced the scales.

My Dad, respectfully, would call her a "bitch kitty." Dad never spoke of his father.

Children of farms and ranches were often regarded as future laborers. My grandfather certainly clung to that belief. Make no mistake, the Dyke farm was no Eden. Jesse and Eula would have three children (omitting the miscarriages.) Aunt Ada, the eldest, was named after the Oklahoma town. Gifford, called “Dea,” was forever chained to the life, due to his stuttering affliction that was considered at that time as a mental impairment. Sylvester, my Dad, was the youngest.

His siblings were dark like Jesse; Dad was fair like Eula. She made Dad her special project. She was determined to have him escape the farm environment.

Memories of the farm

She made one vain attempt to improve her lot. She convinced Jesse to head West, back to her roots in Nebraska. That proved to be a short-lived disaster that saw them return East to the farm they left.

(Author's note: There were some strange names in the Dyke family. Dad would speak of uncle Sardius and uncle Wall. He dropped Sylvester early on and referred to himself as "Jack." Who could blame him. For my part, I am grateful that mother's family contributed to my naming.)

My memories of the farm are quite limited — a Deere tractor with steel wheels and spikes, a McCormick reaper, the four-hole outhouse replete with Montgomery Ward catalogues, a massive 8-burner wood-fed cast iron stove in the kitchen, meat for breakfast, and a towering scary figure (Jesse) that even cowed my mother, which was, upon reflection, quite astounding as she, in the vernacular of the era, was "no back number."

When Jesse died, Eula again found herself cast to the winds. The farm was sold, leaving her with no means. Dea was also adrift, as he had remained on the farm. My father stepped in. He got my uncle a job in the sauerkraut factory, and both men built a small house for Eula and Dea.

It was the best that could be done. But not for everyone. Eula had a belief system that no one was good enough for her children. Aunt Ada was married and far enough away to avoid her mother's meddling. However, my mother was close at hand. But, still and all, it worked; for a while.

Then came the A-bomb. At 50, Dea got married. His wife was a cheerful, innocent woman. She had been a spinster. She was a bit simple-minded.

In other words, this woman was overwhelmed by her live-in mother-in-law. It was not a fair fight.

The remedy, much to my mother's horror, was for Eula to split time with her three children. Dad had changed careers and was selling caskets. His itinerary would include the area where Ada lived. He would take his mother.

That did not last long. Ada made sure of that. That would leave Eula dividing time between Dea and our house. As time wore on, she would spend

most of her life under our roof, given her disruptive crusade to ruin my uncle's marriage.

Skipping details, let's just say that the relationship between my mother and my grandmother was beyond contentious. Given dad's job, we were three most of the time. Eula, the survivor, was an expert sniper.

Eula to Scott: "How did you like your mother's potatoes? I thought they were undone."

Mother to Scott: "Don't talk to her!"

I became the battleground.

There were rewards, though. Her baking skills were other-worldly. Bran muffins, rolls and pop-overs were simply unequaled. My mother would ask for the recipes, and Eula's response would be, “Oh, a little of this and a little of that.”

She loved me and my sister. The only concession my mother ever got was Eula telling that "at least, she raised decent kids."

And, there were the marvelous stories of the West. Eula, surviving in an era that had her recall the James and Younger gang operating nearby, lived to see a man walk on the moon.

She died in 1970. She is buried next to Uncle Dea, who shelters from the grave of Jesse. The attending physician at the nursing home told me "you could push pencils through her arteries.” She had retained her mental acuity to the end.

Dad, through thick and thin, lots of thin, took care of her. He owed her a lot.

Scott Dyke is a Wyatt Earp historian, Western lecturer and researcher. He is a member of the Western Writers of America. He can be reached at: scottdyke65@gmail.com