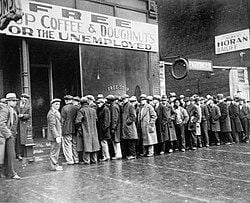 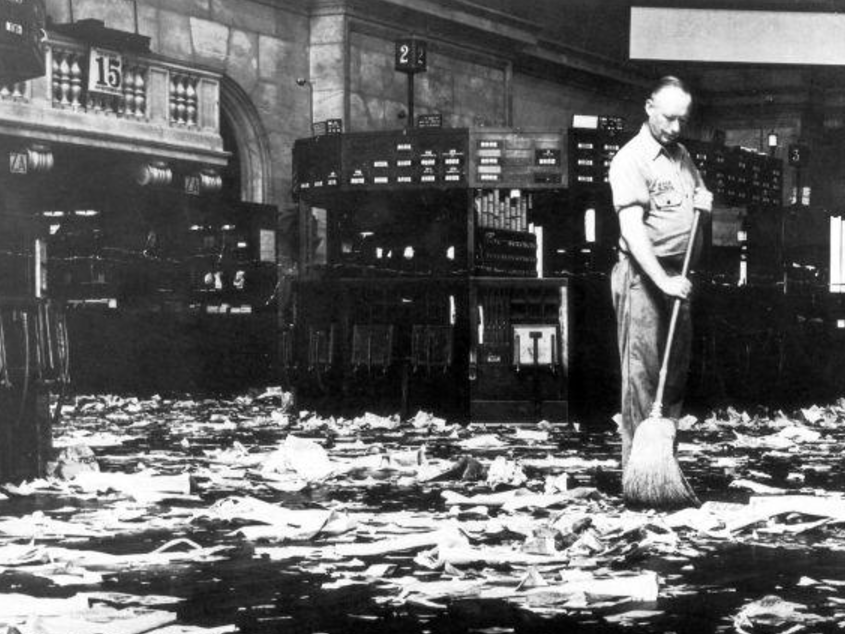 Cleaning up after Black Tuesday. 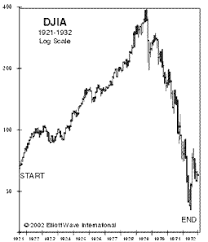 September and October of 1929 were rife with large daily swings for the stock market. Although the moves were accompanied by unusually high volume, most market veterans were unshaken. Why? Over the past 8 years, the prudent and profitable move was to buy weakness. This policy had worked wonderfully well. “Let the weak get purged by unwarranted fear.”

On Oct. 23, there was an avalanche of selling. Volume was off the sailing charts. On Thursday the 24th, even heavier volume accompanied morning selling. An example of the rout was Radio.

Its price dropped.from 68 to 44. Hindsight gave us causes, the principal reason is that particular day was the forced liquidation of margin accounts.

(Buying on margin was popular. Investors would borrow using their stock portfolio value as collateral; they did this and bought more stock. The sellers had seen their value cushion erode and brokerage firms were demanding more money. Or liquidate.)

In a secret emergency meeting, heads of banks and firms gathered at the Morgan offices and put in a daring plan. They pooled resources and sent a man out to put in significant bids on major stocks. It worked. The market stabilized and some buyers even returned.

Friday and Saturday — yes, the markets were open — everyone took a deep breath of relief as the selling seemed to have abated. However Monday, Oct. 28, the selling was back with a vengeance. The secret banking alliance had withdrawn from the field. How bad? It was catastrophic. But, as the 1920s greatest entertainer, Al Jolson, would say in his act: “You ain’t seen nothin’ yet!”

Tuesday, the 29th, or known forever as “Black Tuesday,” trading started with unprecedented volume on the sell side. And it got worse. The torrent of selling “at the market” overcame what few brave buyers were present.

In time, there was an absence of bids. Price plummeted beyond any imaginable understanding. A young man put in a bid for a dollar of one of the leading stocks on the Big Board. The stock had been 30 just a week earlier. He got it. When the tsunami ended, the ticker was running hours late. Some investors did not learn they were wiped out until the next day.

The economy in the U.S. had been declining prior to October 1929. With the demolition of the stock market, the decline accelerated. Actually the markets continued a ragged decline until reaching the nadir in July of 1932. The Dow cratered to 41 — that right, the index, which had reached 381 in September 1929 had fallen nearly 90%!

Of course, by 1932, most investors had been digested by the Big Bear Market. Those who did not jump off buildings (there were a few) were already numb and indifferent as their lives had been permanently altered for the worse.

The stock market and the collapse of wheat and cotton prices had rendered the farm population insolvent. And with them, many banks.

With the benefit of hindsight, root causes were exposed. The major companies, and farmers to boot, had participated in massive over-production. Excessive speculation had driven stocks to unrealistic prices.

Everybody was “in” the markets, leaving no one else to continue the buying, classic example of supply and demand. Fundamentals had been tossed to the north wind.

The driving force that reached the September 1929 high was spurred almost entirely by one of the two significant emotions of markets: Greed. The second emotion showed up to counter: Fear. As markets are wont to do, fear works at a much faster pace, witness that the Dow regurgitated 50% of its worth in roughly 5 weeks, with the last week contributing heavily.

The Great Bull Market toiled for over 8 years to reach the zenith. The market taketh much faster than the market giveth.

Is there a message? Of course. No matter what we humans plan, contrive, or manipulate, sooner or later excesses can not be fixed by their (or government) meddling. We experienced that lesson with the housing boom of 2004, when the mantra that everybody should own a house proved to be wondrous in theory, but erroneous in application. Markets, like tornadoes, floods and hurricanes have their own agenda.

The author offers no comparison of the Big Bear Market of 1929 to the current stock market. There are some marked differences.

But, I am a devoted student of history.

The author was a Wall Street broker in the distant past. He can be reached at scottdyke@gmail.com.