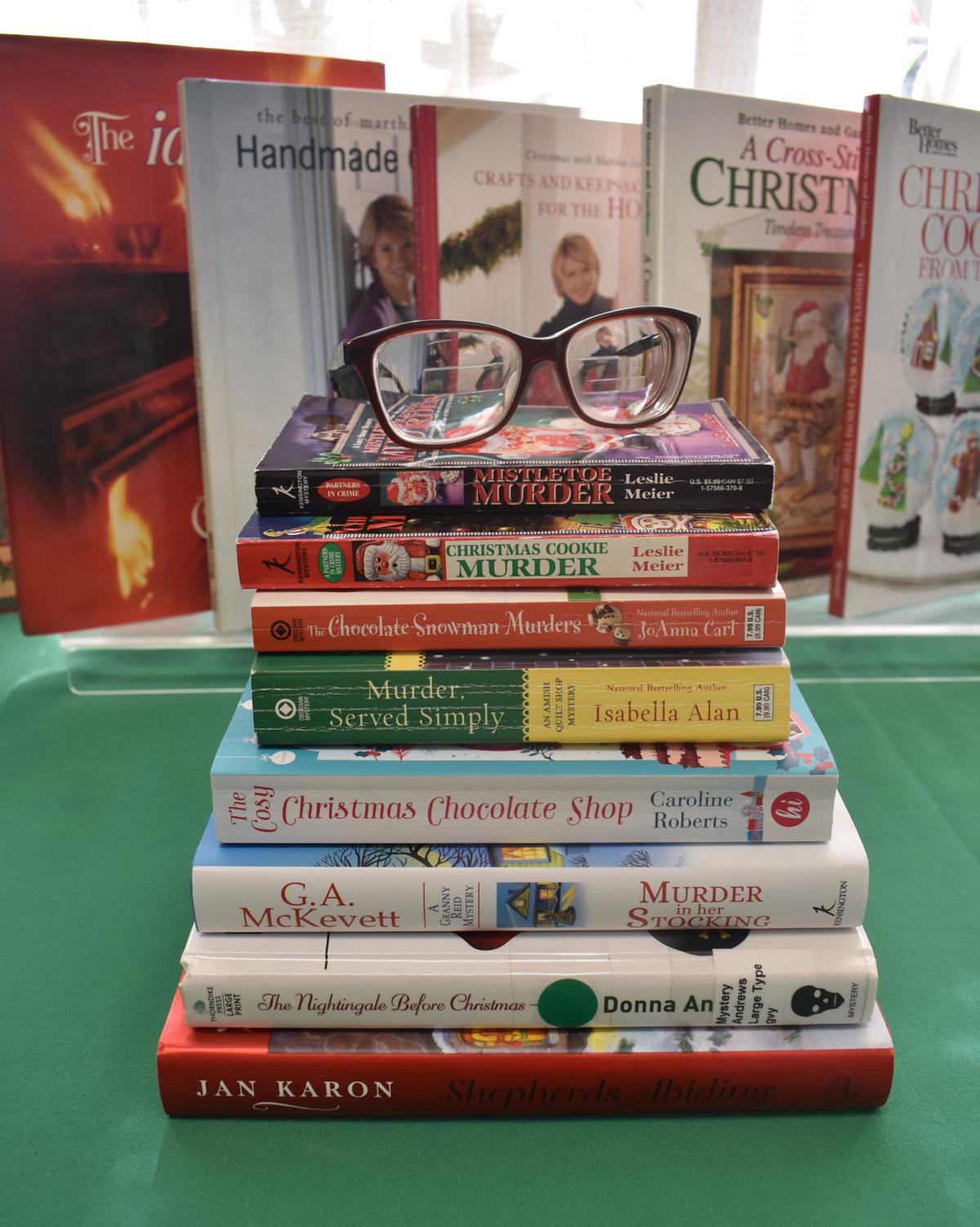 Sometimes the holidays are a little iffy, especially for Green Valley transplants from elsewhere, said manager Connie Van Lieshout of Friends of Green Valley Library Annex. “We try to make things interesting, display books filled with holiday spirit,” no matter what genre. Fans tend to seek them out to take on a trip, the plane or a vacation, she said. 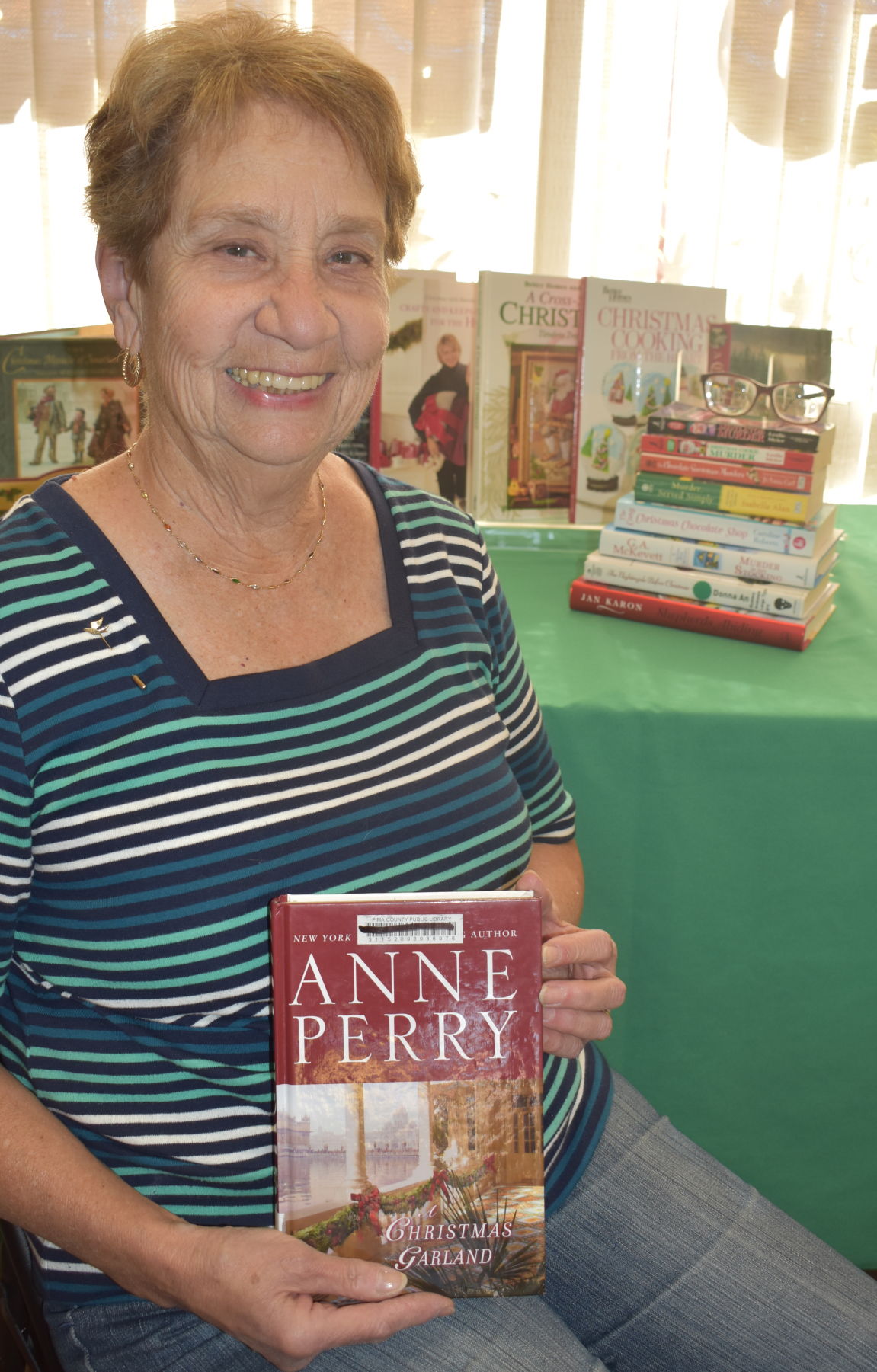 While not every holiday-themed mystery classifies as a cozy, a cornucopia of soft seasonal crime awaits for those craving puzzles to solve any time of year. Here, volunteer Linda Stein at Friends of Green Valley Library Annex displays several from their collection. 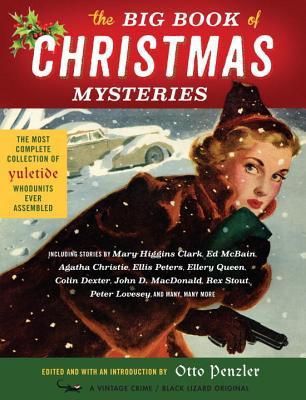 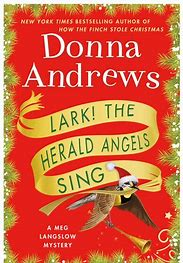 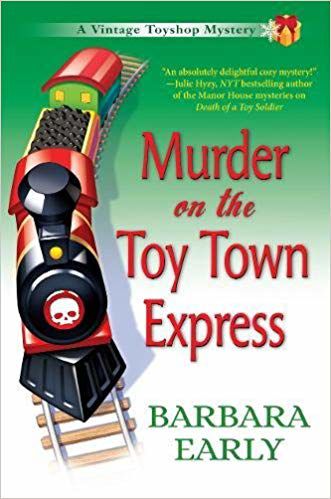 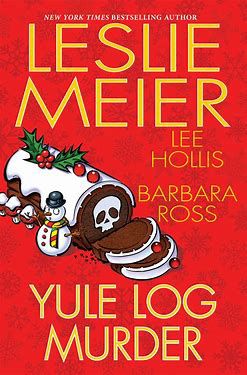 Sometimes the holidays are a little iffy, especially for Green Valley transplants from elsewhere, said manager Connie Van Lieshout of Friends of Green Valley Library Annex. “We try to make things interesting, display books filled with holiday spirit,” no matter what genre. Fans tend to seek them out to take on a trip, the plane or a vacation, she said.

While not every holiday-themed mystery classifies as a cozy, a cornucopia of soft seasonal crime awaits for those craving puzzles to solve any time of year. Here, volunteer Linda Stein at Friends of Green Valley Library Annex displays several from their collection.

Death, it is said, takes no holidays, and it’s the same story in crime fiction, be it psychological, legal, British, military or historically based.

But for those seeking to feed their craving for puzzle-solving through novels with a less grisly approach, there’s the sub-genre of cozy mysteries.

If you already read mysteries, you’ve may have been reading cozies for years, but perhaps unaware they have their own category.

“Never heard of them,” a lot of people say.

Those who have sometimes scoop them up by the armload wherever they find 'em. Others prefer TV shows or movies inspired by the books like the ones on Hallmark Channel.

For newbies looking to latch onto a fresh favorite author, cozies are, pardon the pun, worth checking out.

They tend to be quick reads, have clever titles and colorful covers. Holiday-themed or not, they’re a satisfying break anytime, but especially from the hustle-bustle during the peak season of ever-shifting plans.

Looking for stocking stuffers? Cozy up.

What exactly are cozies? Websites, bloggers and aficionados concur: softer versions of the hardboiled crime novel, in which sex and violence are downplayed or treated humorously. Detection usually takes place in a small, socially intimate community, often by an amateur, female sleuth, “characters I could envision having as neighbors or friends,” says the Cozy Mystery List Lady on her self-titled blog.

Most authors are female, who sometimes pair with other writers, male or female, or publish under various names. A few are men. Settings can include one or more locales, countries, cultures, and broad time frames.

"Cozy" was coined in the late 20th century when various writers attempted to re-create the Golden Age of Detective Fiction, according to Wikipedia.

Think “Murder, She Wrote,” a TV series which actually inspired books, or Lillian Jackson Braun and her "Cat Who..." series of later working years.

Braun, who wrote till age 94, “may be the first lady of cozies,” Sevick said.

Offhand, only one author comes to mind who focuses on holiday themes, Leslie Meier, who’s been writing books since 2003, Sevick said.

Anne Perry is possibly the most prolific cozy author. She’s written a Christmas mystery series novel yearly since 2003, along with several British cozy series, and is still going strong.

Many cozies, holiday-themed included, are suspenseful but aren’t likely to keep you up nights, startled by every sound. Their primary following is female, although men reach for them too.

Green Valley resident Ken Hartz got hooked on Evanovich’s Stephanie Plum series and co-authored works, but now also scouts for other cozies. While story lines are at times a bit implausible, he likes the cozy formula which casts the sleuth as a young woman, divorcee, widow, single mom, busy wife, who sometimes end up, romantically speaking, with the cop who tried to arrest her.

Their strength is in the character development lacking in other crime genres, Hartz said.

Jamie Hazlett has been reading cozies for a couple of years now, and while visiting relatives in Green Valley, shared some insight.

So far, her favorite are the Brother Cadfael stories by Ellis Peters, based on a 12th-century Benedictine monk with a “past life.”

“I've read a dozen (and) once I start one I don't want to put it down until everything's been resolved.”

Agatha Christie is another favorite, although she notes the internet seems torn on whether her Poirot mysteries qualify as cozy. “I would argue that some are cozier than others, as the violence is a bit more prevalent in the later stories,” Hazlett said.

She likes that they work harder than more unsentimental crime writing and do unexpected things with backstories and red herrings to keep up the tension.

“For me, this makes the story a richer experience,” she said. Several of the Cadfael stories include holiday themes; primarily a Christmas one is “The Raven in the Foregate.”

Probably, but hard to say. Although they occasionally get requests, demand isn’t overwhelming, local book handlers say. Many authors who write them produce more non-holiday cozies.

Of its 9,000-plus mystery fiction titles, Christmas fiction accounts for just 48, according to PCPL Collection Development. A catalog search turns up 214 Christmas mysteries, although not all are cozies.

Even so, many people like reading holiday books when the holiday is all around them, said Patti Lang, a colleague of Schaffer’s and huge mystery fan. “Many people feel surrounded by chaos at the holidays,” she said. “People read to escape, and it’s fun to escape into characters’ chaos,” regular folks just trying to get themselves or a friend out of a jam.

Manager Connie Van Lieshout at Friends of the Green Valley Library’s Annex, which sells donated books to help PCPL’s efforts, hasn’t sensed any upswing in holiday cozy sales during her three years volunteering, but is prepping several boxes of all holiday-related material from storage for display just after Thanksgiving. She estimates cozies comprise 25 percent of the annex’s total mystery racks.

Sevick’s been informally tracking numbers for about 10 years, and feels there’s been an increase in the genre but can’t tell beyond that.

Her inventory depends on people bringing books in for trade, so it’s hard to predict, she said. “I can say that sometimes they go out by the bag full (and) I think cozy readers are always on the hunt for more cozy authors.”

Bring on the bon bons

“I think people turn to cozies during but not exclusively after stressful events … like the holidays or illness. One customer refers to them as her ‘bon bons.’ Another calls them ‘chewing gum for the brain.’ ”

Karen Greene, of PCPL’s Ravenous Readers Team, also likes the comfy settings, plus those involving quilting and other crafts, and the sense of amateur sleuths as successful mystery solvers.

“And predictability,” Greene said. “You know it will get solved by the end of the book.”

Feeling stressed? Find respite in the recliner with a cozy; Just don’t forget the bon bons and your favorite beverage. Aaahhhh — say happy holidays to me!

“Murder in the Snow” (Gladys Mitchell)

“A Maigret Christmas and Other Stories” (Georges Simenon)

"Not a Creature Was Stirring" (Christina Freeburn)

"Dachshund Through the Snow” (David Rosenfelt)