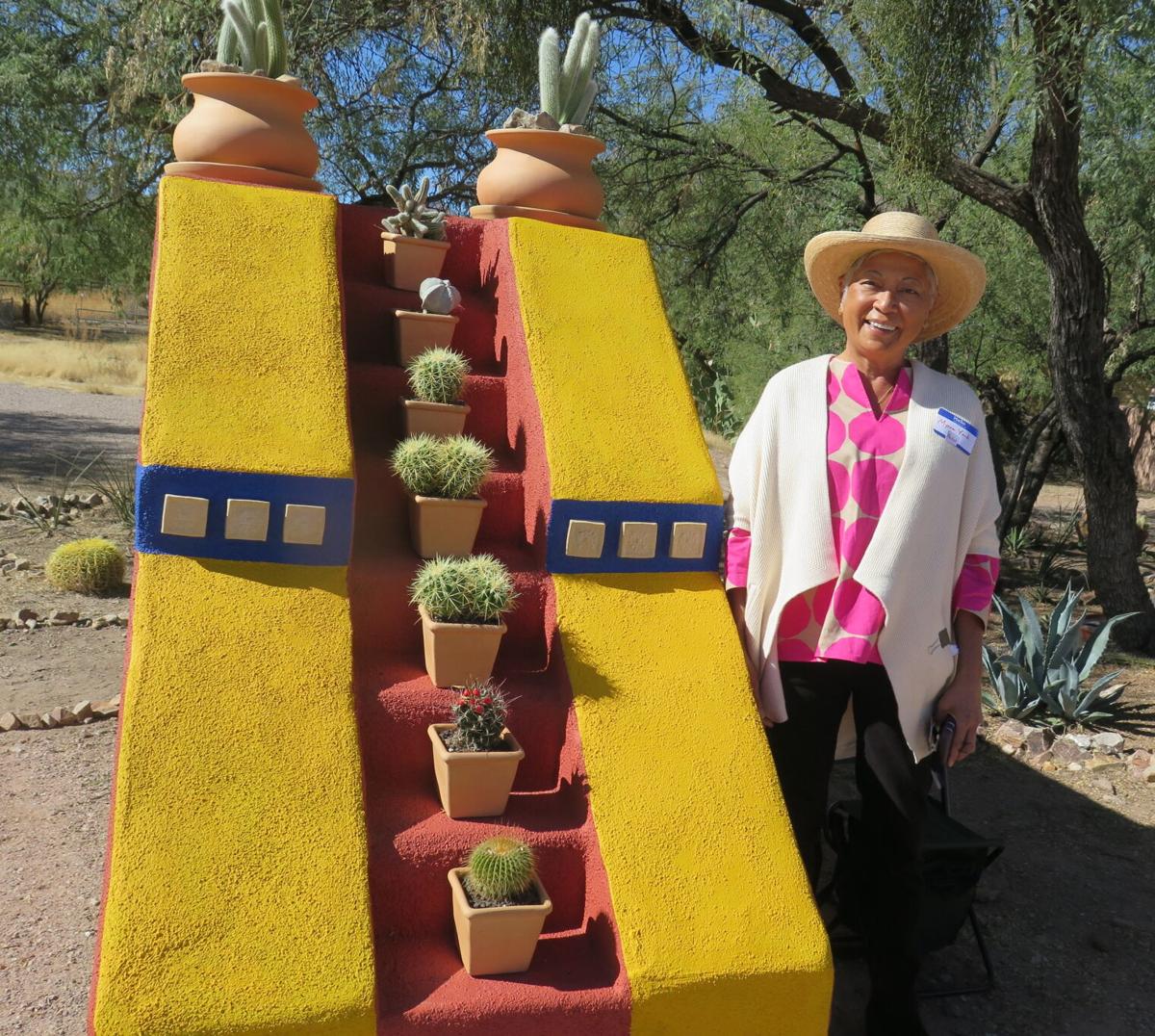 This Fairy Garden Vignette was designed and planted by Perey Riley. 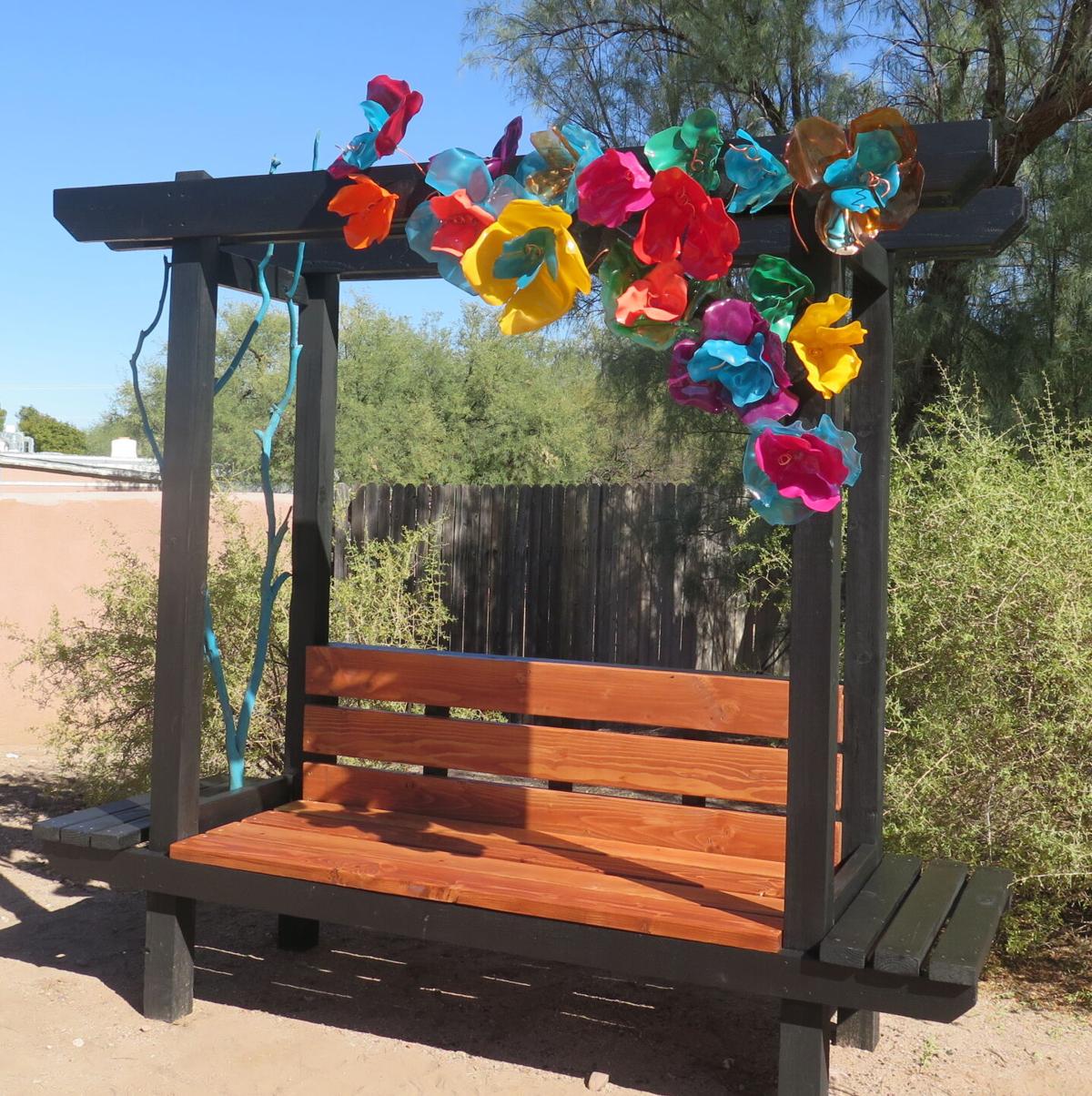 Need extra seating in the backyard? Here’s a three-sided bench with a colorful display of flowers designed by Christina Collett. 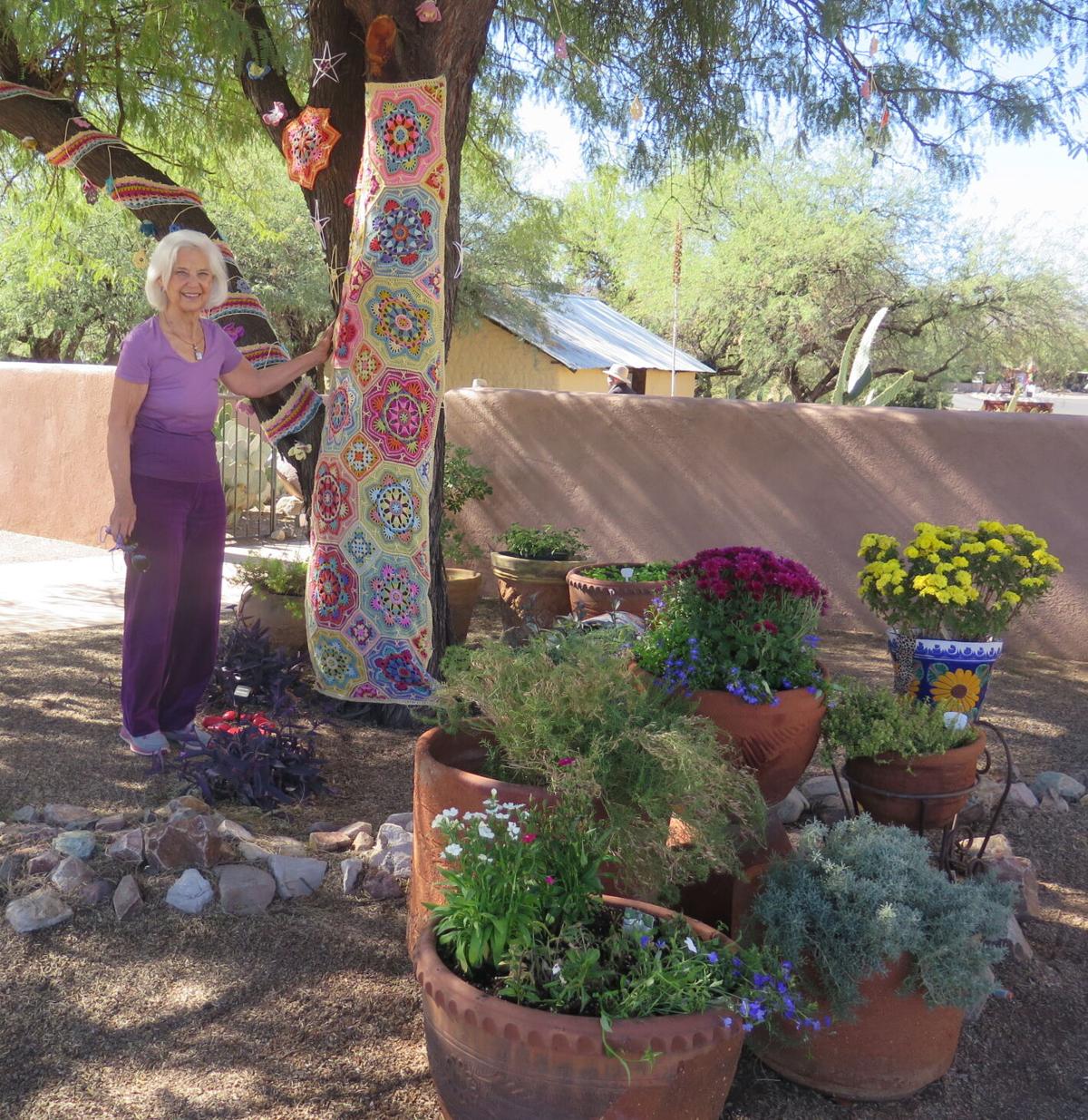 Who says you can’t decorate a tree with art? Tubac Presidio volunteer Sharie Shute is pictured with a tree adorned with “yarn bombing” by Carmela Morrisey of Tubac. The colorful pots are from Father Kino’s herb garden started in 2013 by Myrna York with one broken pot. 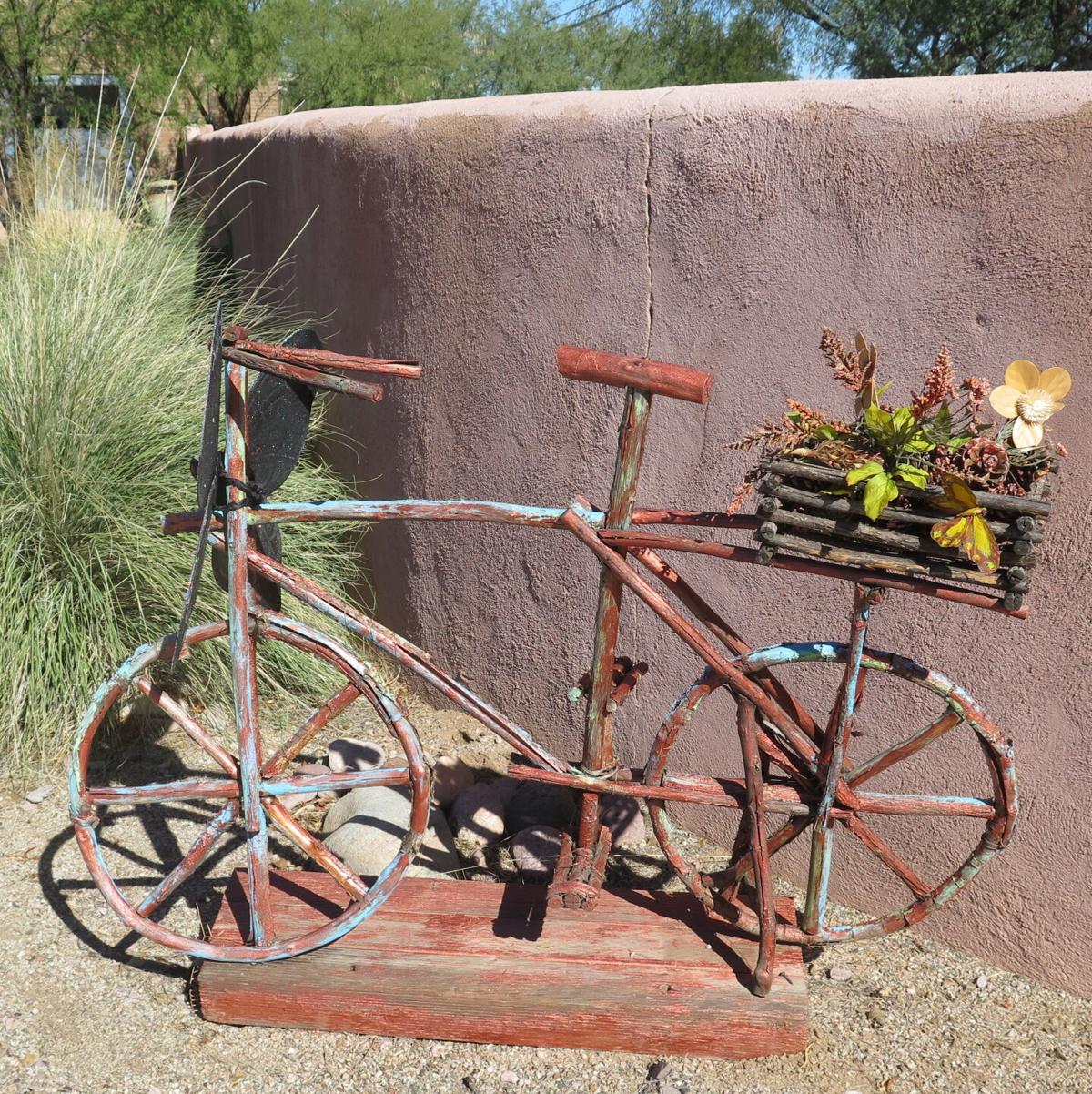 Looking back to 2010, when the state of Arizona was planning to close Tubac Presidio State Historic Park, it was the blood, sweat and tears of volunteers that saved it from being shuttered.

Ten years later, the Presidio is being run by Park Director Shannon Stone and a team of volunteers who, along with Tubac resident and artist Myrna York, have added the Children’s Garden, Heritage Garden, Succulent Garden, Ethnobotanic Gardens and the Heritage Orchard.

Even with Southern Arizona’s mild winters, keeping colorful flowers alive and beautiful from January through March can be a floral challenge. Ceramic, glass and wood sculptures were added for vibrant color and visual interest.

“Why not invite artists in Tubac to participate? Why not challenge visual artists, painters and photographers to create three-dimensional pieces? Push the limits and exude enthusiasm with something exuberant,” York thought.

Her idea turned to action resulting in a new outdoor exhibit — The Exuberance! An Artistic and Botanic Experience.

One exhibit is “Perched at the Presidio” by Dan Fahey, where visitors can enjoy a colorful, stained-glass tall birdbath surrounded by clay, metal and glass flowers and whimsical animals that convey playfulness.

“Frida’s Potting Shed,” by York, is based on artist Frida Kahlo’s home, Casa Azul in Mexico City. It’s an Aztec pyramid that pays homage to the cactus while serving as a storage shed for gardening tools.

Another standout piece is “Bunny Hill” by Erich Priester. Looking at the piece  proudly he said, “I did my first carving four or five years ago. This piece is carved from a mesquite tree.”

York sees the Presidio as a unique and historical place. It was the first Spanish settlement, the first state park, and it’s home to the oldest schoolhouse in Arizona.

“It bears the history of Native Americans, the Spaniards, the indigenous people of Mexico and Americans who ventured to the southwest. And blending history with garden art lives up to Tubac’s reputation of ‘where art and history meet,' ” York pointed out.