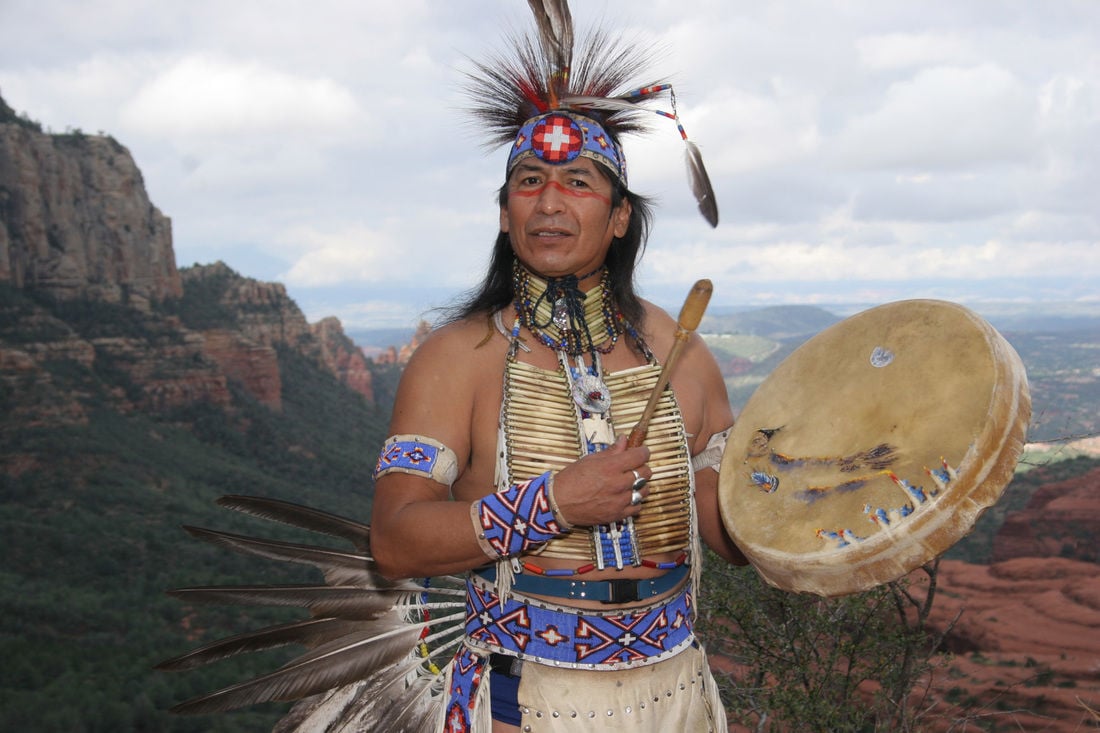 Tony Redhouse of Tucson will offer a Native American blessing to kick off the SoAZ Culture Fest and later invite attendees to sing, dance and play drums. 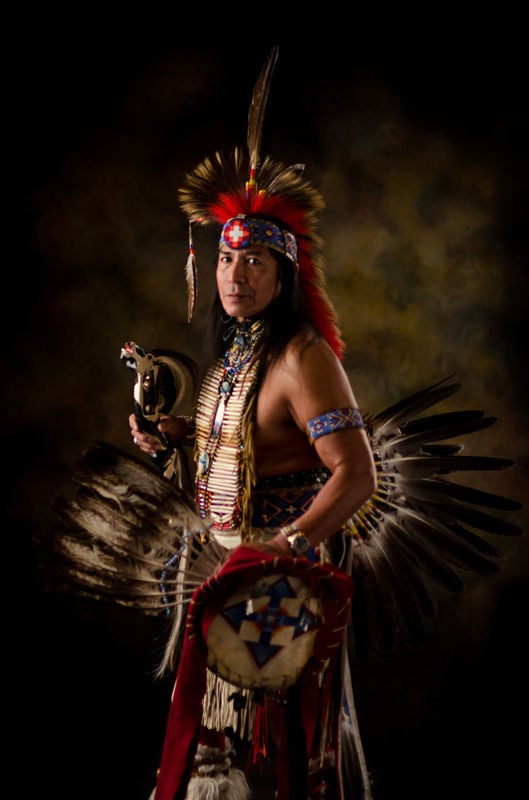 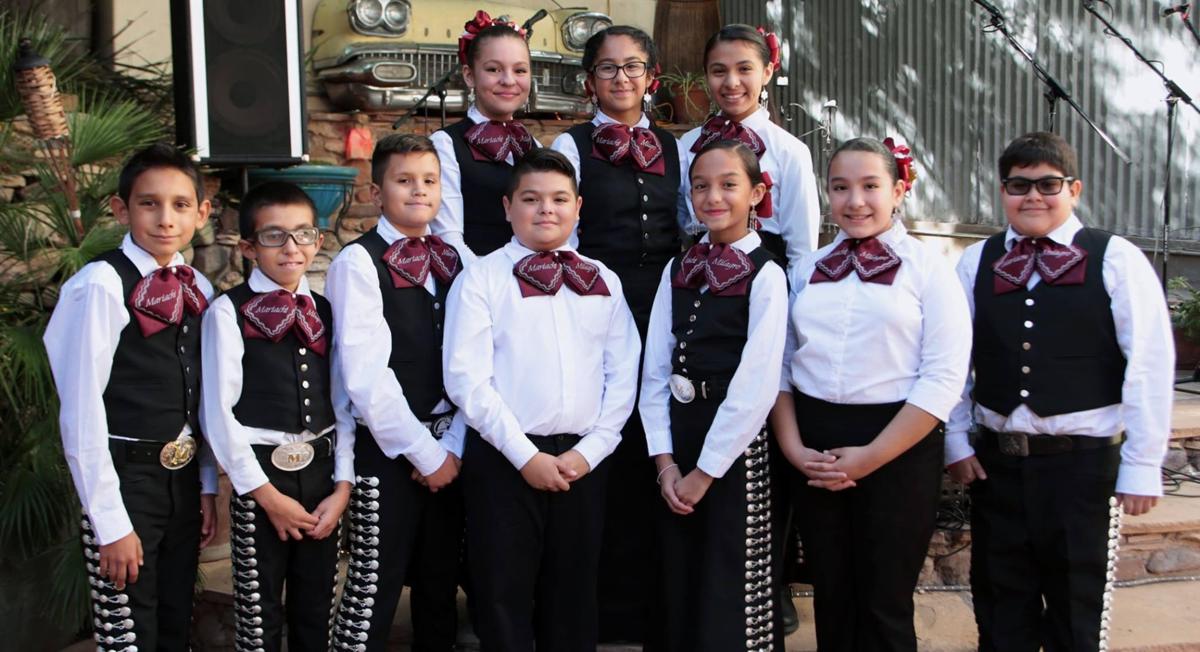 Mariachi Milagro, directed by Araceli and Adrian Perez, is one of four Tucson youth bands to perform at SoAZ Culture Fest. Stages will be set up indoors and outside at GVR West Center. 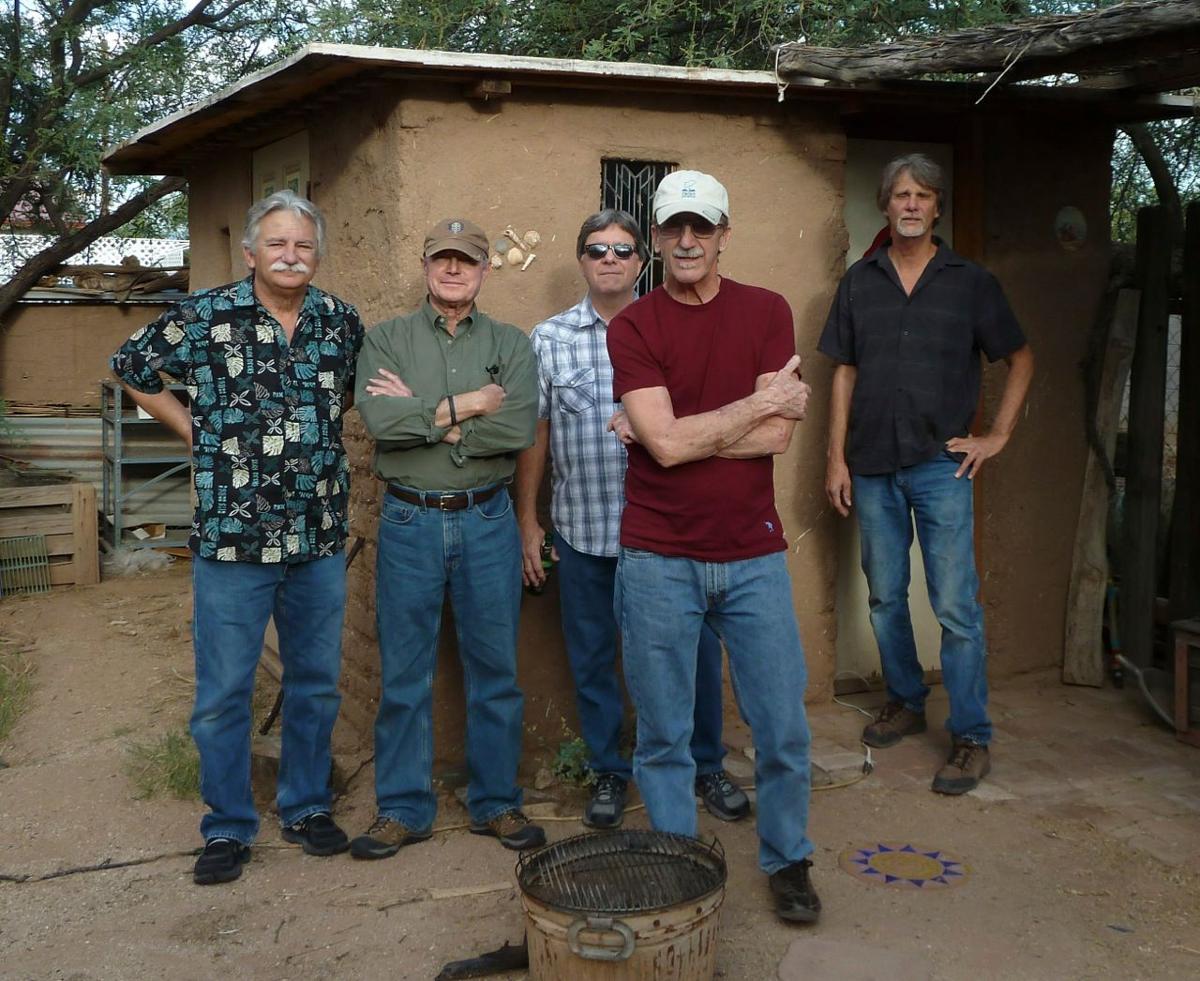 Tony Redhouse of Tucson will offer a Native American blessing to kick off the SoAZ Culture Fest and later invite attendees to sing, dance and play drums.

Mariachi Milagro, directed by Araceli and Adrian Perez, is one of four Tucson youth bands to perform at SoAZ Culture Fest. Stages will be set up indoors and outside at GVR West Center.

A cultural festival coming to Green Valley promises to be more than entertainment or mere introduction to the region's blend of Native American, Mexican and Southwestern cultures.

The event, billed as the SoAZ Culture Fest, not only celebrates the area's cuisine, artists and music, including mariachi and country bands from Tucson, it will feature a primal aspect brought by a nationally known musician, dancer and healer with Navajo roots.

Headliner Tony Redhouse of Tucson will lend age-old healing aspects visitors can participate in. The objectives: fun, a calming respite from the world of duality, and a chance to enter oneness. The event is a counterpart to Green Valley Recreation's annual Senior Games, which runs all of March.

Redhouse says the festival is an opportunity to find balance, center yourself and come away changed. The Native American sound healer, speaker, consultant and recording artist has appeared at schools, resorts, on national TV, and works with recovering addicts and the severely ill and dying.

He'll help kick off the festival with a blessing, then share cultural traditions and invite patrons to play, dance and sing together. He'll perform a hoop dance symbolizing the interconnected circles of life, a simple concept he says even children understand, and offer drums for anyone wanting to join a rhythm circle to experience “the sound of how the world unites. It's when mind, body and soul, all the cells are pulsing together.”

It can be a powerful healer, regardless spiritual beliefs, cultural differences, gender, age, political views with “no internet, no drama, no complications, where a person is able to express themselves clearly and authentically,” Redhouse said.

When the notion of an inter-cultural event began more than a year ago, organizers envisioned it as a community showcase, then changed the emphasis, said coordinator Michelle Phillips, executive director of the Greater Green Valley Community Foundation. She recalled struggling to find a focus until she remembered seeing Tony perform, and began imagining a regional event that would bring people together peacefully.

She met with Redhouse and Lynda Campbell, of GVR's event and marketing staff, at a local restaurant to discuss the event. They weren't seated long when an unknown patron approached their table. The man, there with his family, Redhouse recalled, was intent on imposing his beliefs on them, directly, even insistently.

Phillips admired how Redhouse handled the uninvited comments, calmly and without provocation, summoning skills honed from adversity in his own life. The encounter strengthened her belief that Redhouse was the perfect choice to help with an event to change and enrich lives.

“Our missions are very similar, social well-being and intellectual,” she said, referring to the foundation she oversees. “It's not just about fundraising, but taking on responsibility.”

Redhouse's growing appeal is about what he is, and what he's not.

While his resume is extensive, there are no college degrees listed, but he's graduated many times from the school of hard knocks, having struggled with addiction and other hardships. He now devotes his life to delivering motivational, compassionate insight on life transitions, health and wellness, and how Native American spirituality can help cope with trauma, grief, divorce, loss and recovery from addictions.

He was recently invited to keynote a Society of Psychologist conference in Scottsdale, who asked him to supply his credentials.

“I told them I have no college degree, and they said, 'Good,'” Redhouse recalls.

His message is to strip away outside influence and focus on simplicity.

“We're so much 'in the head,' and fragment everything,” he said.

He's also a visual artist, has performed percussion and flute with several widely known musicians, and is a Grammy nominee. He teaches seminars in Native American spirituality and symbolism, classes in yoga and crafts, is a storyteller, and has produced several music CDs.

His goal is to bridge cultural boundaries, fuse the gap between races, lifestyles, and spiritual perspectives, and he's passionate about capturing hearts and minds to transport people to a peaceful place in life.

Blaine Nisson said he's learning a lot through the festival-organizing process as president of the two-year-old GVR Foundation, the festival's co-beneficiary along with the community foundation.