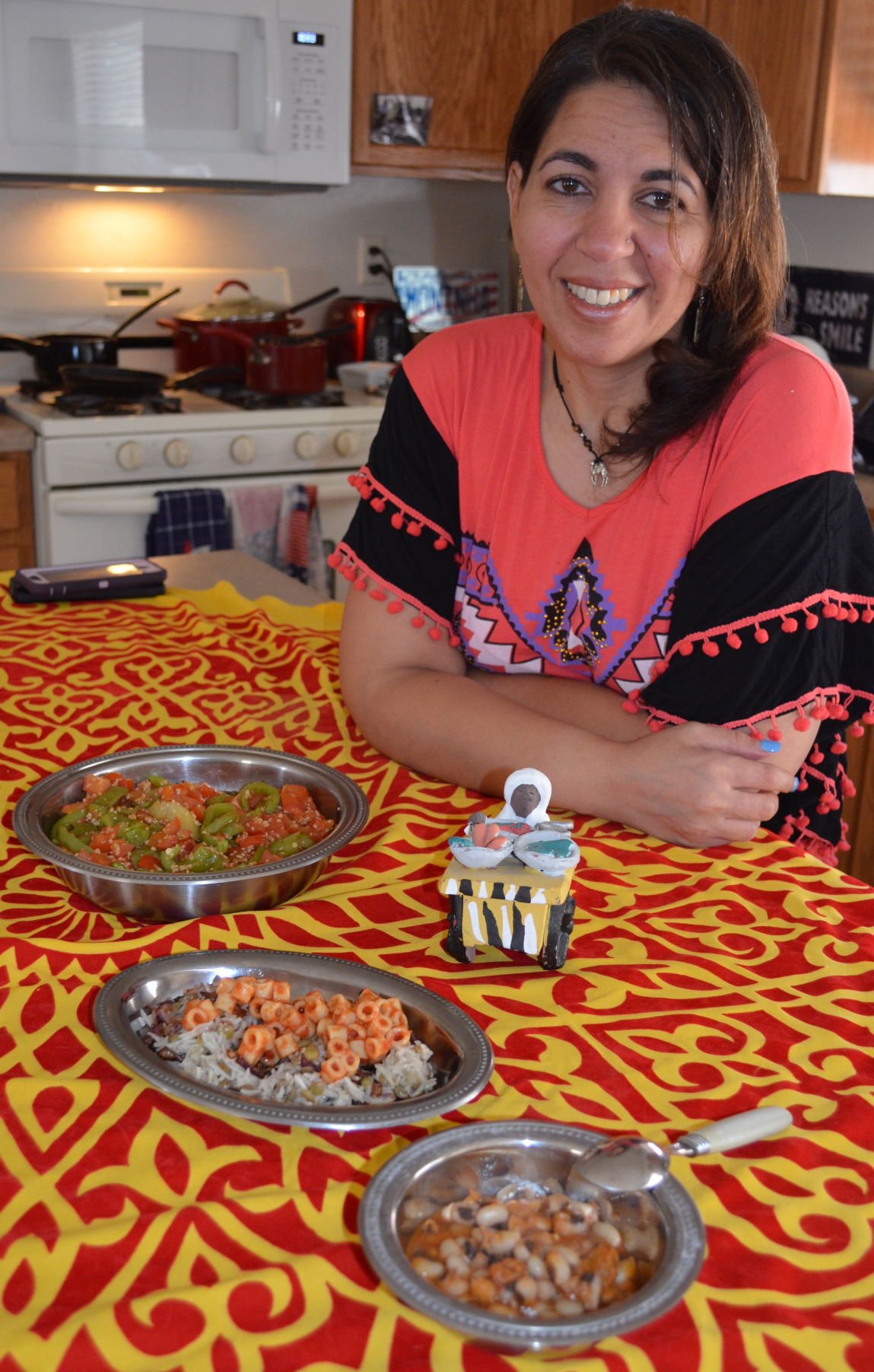 At home in Rancho Sahuarita, Mona Darwich enjoys preparing and sharing some of her favorite Egyptian dishes. Pictured from top are Mutabal, Koshari, and Black-eyed peas with beef. 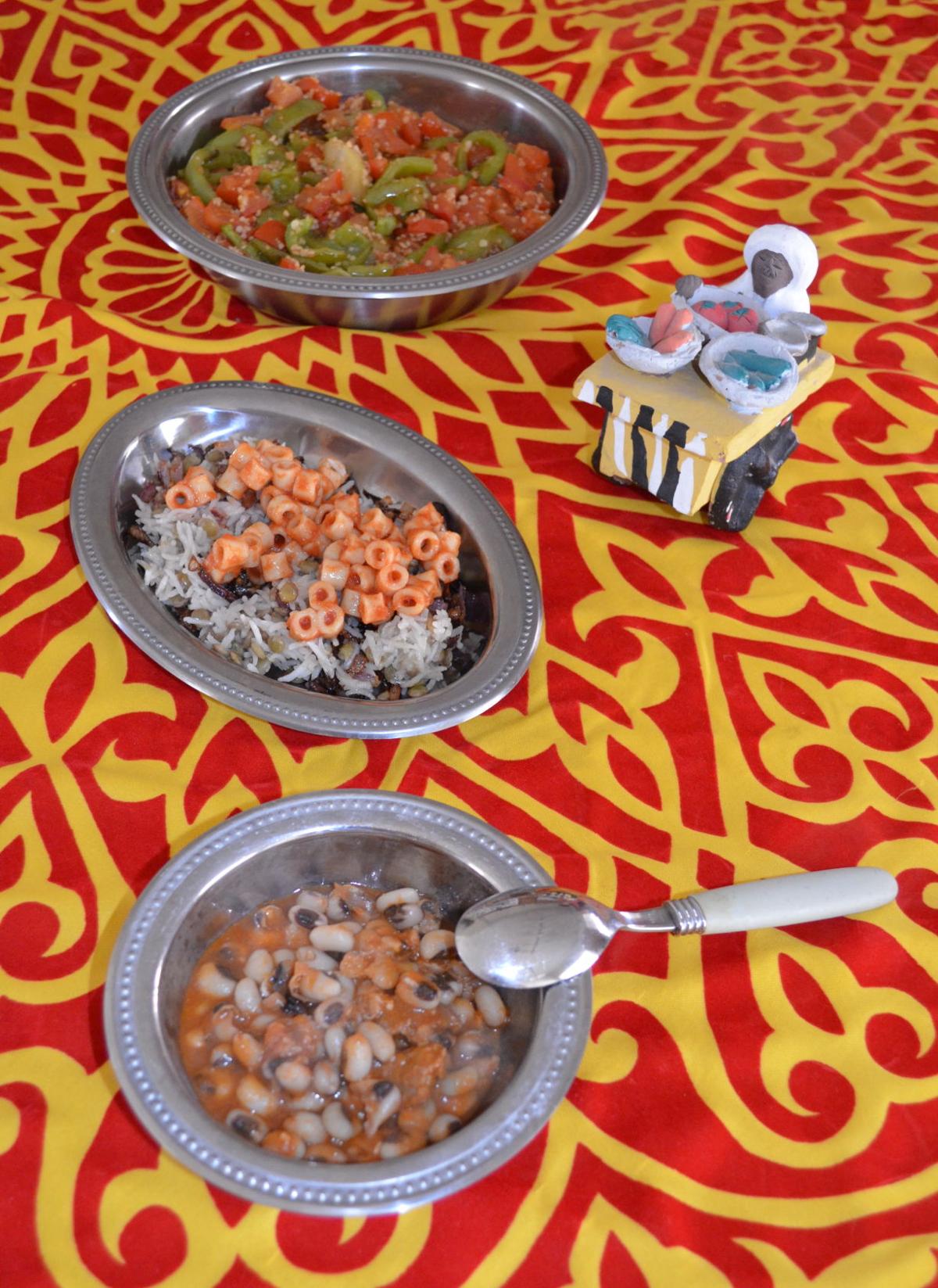 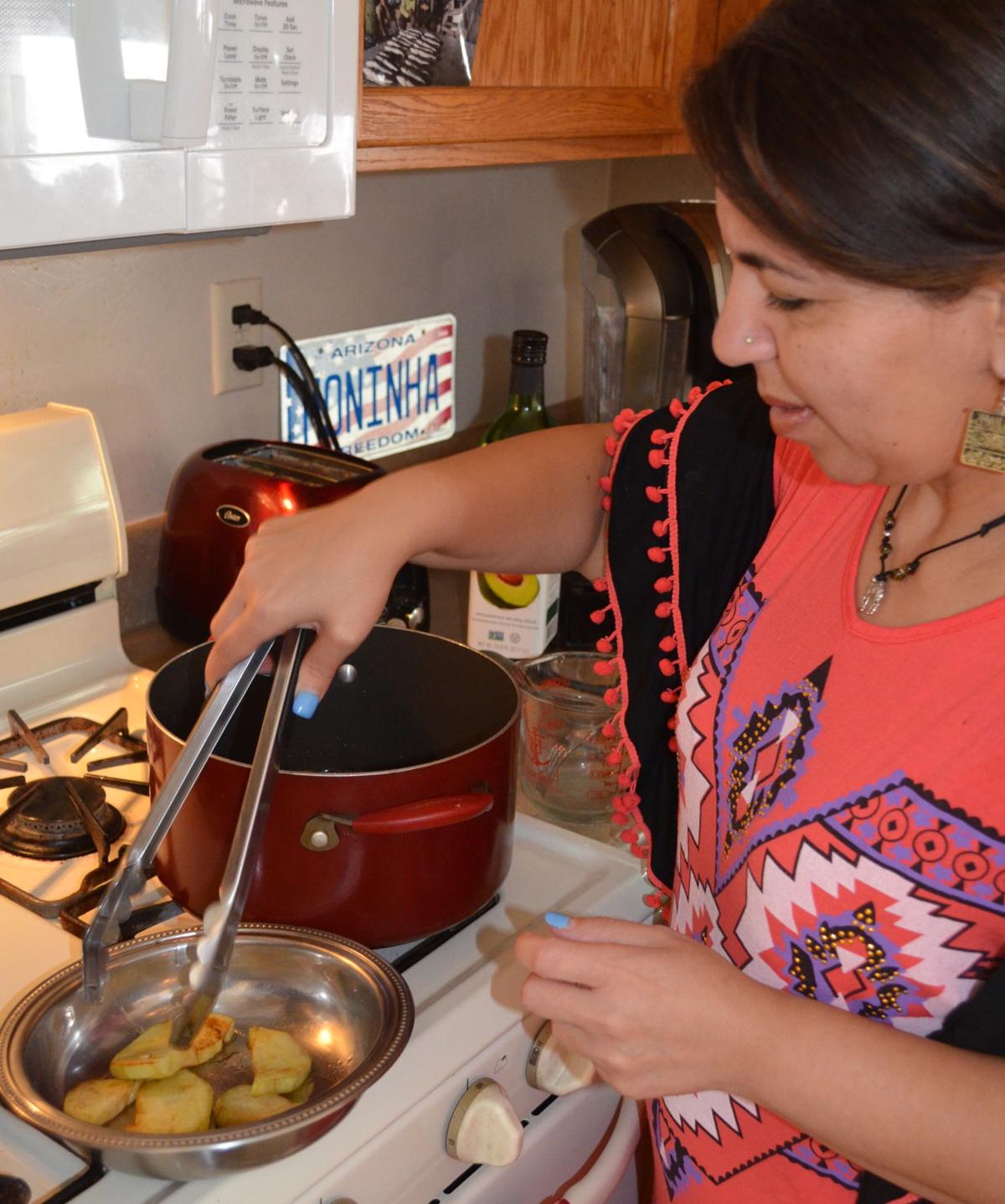 Mona Darwich removes her first batch of fried eggplant for her Mutabal. 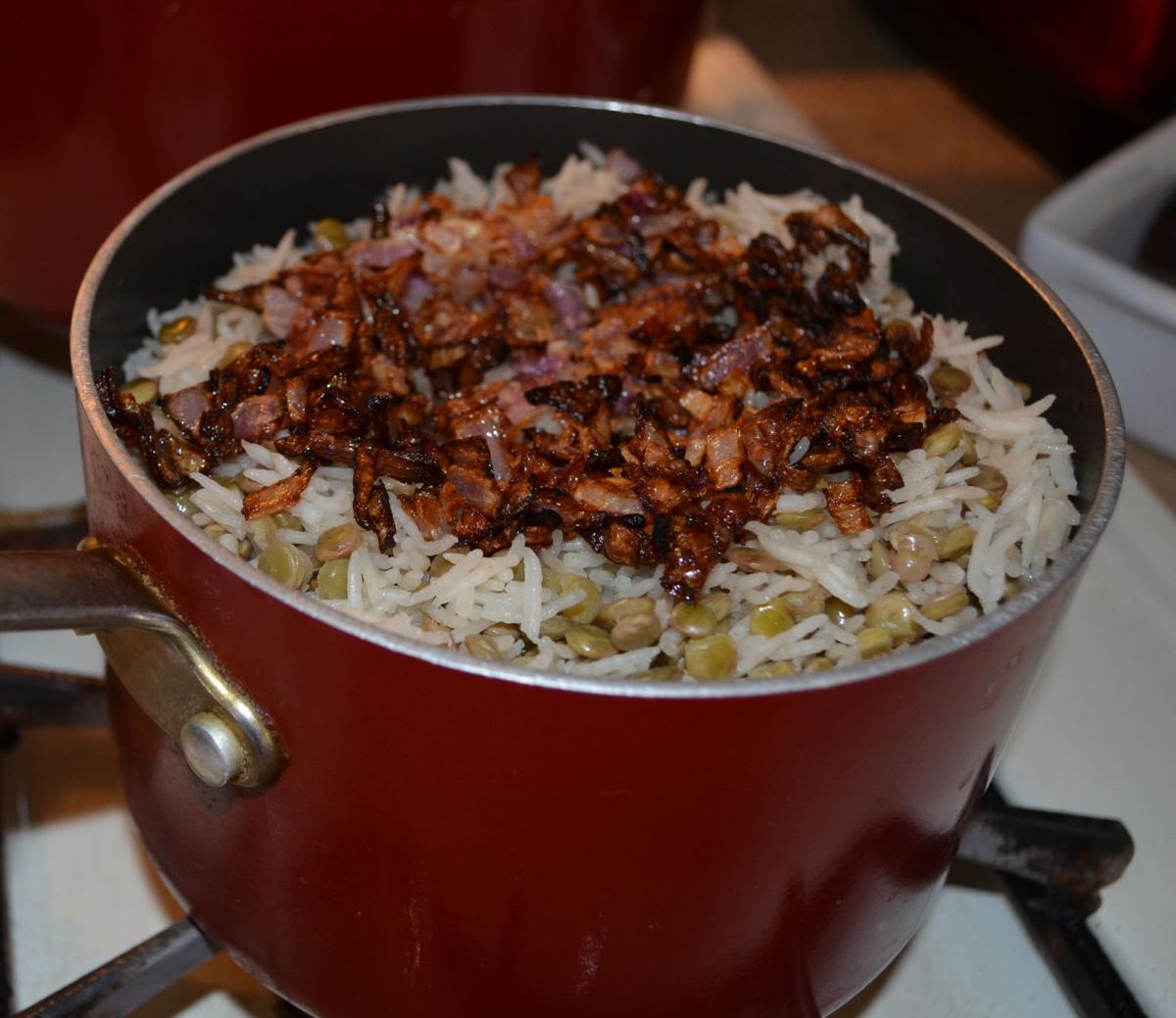 Caramelized onions top this pan of Koshari ingredients ready to be topped with the pasta.

At home in Rancho Sahuarita, Mona Darwich enjoys preparing and sharing some of her favorite Egyptian dishes. Pictured from top are Mutabal, Koshari, and Black-eyed peas with beef.

Mona Darwich removes her first batch of fried eggplant for her Mutabal.

Caramelized onions top this pan of Koshari ingredients ready to be topped with the pasta.

Come to the Table!

Do you love cooking at home and have a good food adventure and favorite ethnic recipe or two — perhaps Asian, Greek, German or Mexican — you'd like to share with the Green Valley News for its “A World of Flavors” summer food series? Send an email with a description of what is special to you about your favorite cuisine to Get Out! features section coordinator Karen Walenga at kwalenga@gvnews.com.

And keep an eye out for upcoming stories, including Spanish and Polish cooking, in this tasty series!

The traditional foods of Egypt are a family affair for Mona Darwich, who is well acquainted with the fresh vegetables grown on farm lands in a country nicknamed Masr Om el Donia, the mother of the world.

“Upper Egypt is knows for its farm lands,” says Darwich, a counselor who lives in Sahuarita with her two sons. Born to Egyptian parents in Brazil, she moved to Egypt at age 15 and attended high school there before marrying a U.S. Marine and coming to the United States in 1997.

At home in Rancho Sahuarita, Darwich often prepares Egyptian cuisine she learned about from her mother, Wafaa Elghawy. Vegetables, including cauliflower, okra, eggplant and tomatoes, are featured along with beef, chicken, chickpeas and potatoes.

“Egyptians love potatoes, and lentils are a staple,” she points out.

Her sons, ages 13 and 15, enjoy these dishes, but they also are fond of chicken nuggets and hot dogs. Those nuggets are a no-go for their mom, but she will on occasion have a Hebrew National hotdog.

However it's the fresh produce and meats at Babylon Market in Tucson that draw her in. “It reminds of home,” she says of the shop and its small restaurant. Here she finds rich, delicious Turkish coffee, bulgur wheat, lentils and other items that she loves.

She notes that among Egyptian food specialties are duck which is traditionally served on the first day of Ramadan, dove prepared as a delicacy, and goat meat cooked in a soup along with pieces of day-old flatbread. There also are staples such as fava beans that are ground and combined with green onion, celery and chickpeas to make pita bread.

Her Southern Arizona friends also enjoy tasting her Egyptian dishes, and she has cooked for a group of 20 folks who were so absorbed by that tantalizing meal that they intently dined in complete silence for awhile!

Following a spring visit with family in Egypt this year, Darwich dreams of someday opening an Egyptian restaurant in this area, serving some of her favorite foods and rich coffee.

1 cup of rice (I use Basmati rice)

Place lentils in a pot with water, let it boil, add salt to taste.

Once it boils and lentils are soft, add rice on top of lentils.

Add water about two fingers above the rice mixed with lentils. Check salt in water. Add oil to the water. Cook on low heat until it's dry. Should cook within 15 minutes.

In a small pot, boil water with tomato paste (half a can or whole can, depends how much pasta you made.) Dissolve the tomato paste into water, let it boil. Then add cooked Ditalini pasta in water, boil for a minute then turn it off.

Fry onions in oil until brown. Then pour onions with the oil on top of the rice with lentils. Mix with the rice and lentils. Top with the pasta.

Koshari is eaten by mixing rice with lentils and cooked Ditalini pasta and caramelized onions. Feel free to add Tabasco sauce if you like.

half of a red onion, chopped

Cook black-eyed peas in water, let it boil, then cook for 1 hour and 15 minutes. Once they are soft, pour into strainer.

For the beef, add butter to bottom of pan for flavor. Add the beef cubes and enough water to cover them.

Add salt to taste and a piece of red onion into water. Let it boil until beef is soft, about 45 minutes or so. You will use the broth and beef later.

Once it boils, turn heat off

Cut the skin off the eggplant, then slice it and soak it in water with salt for at least an hour.

In hot oil in a frying plan, fry eggplant slices. Then place slices in a deep dish.

Fry garlic until brown (do not remove from frying pan). Add tomatoes on top of garlic, plus vinegar. Add salt to taste (not much).

Once the garlic-tomato sauce is done, pour over the eggplant and green peppers.

You can eat it hot or cooled, and with rice or pita bread. Bon appétit!