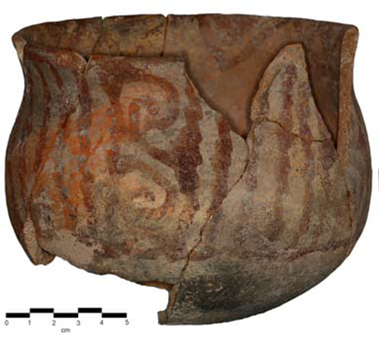 From the Quail Crossing archaeological site just a stone's throw from a new arts-tech building that includes a clay studio, this Rincon Red jar is an example of how long-ago area residents crafted useful items. 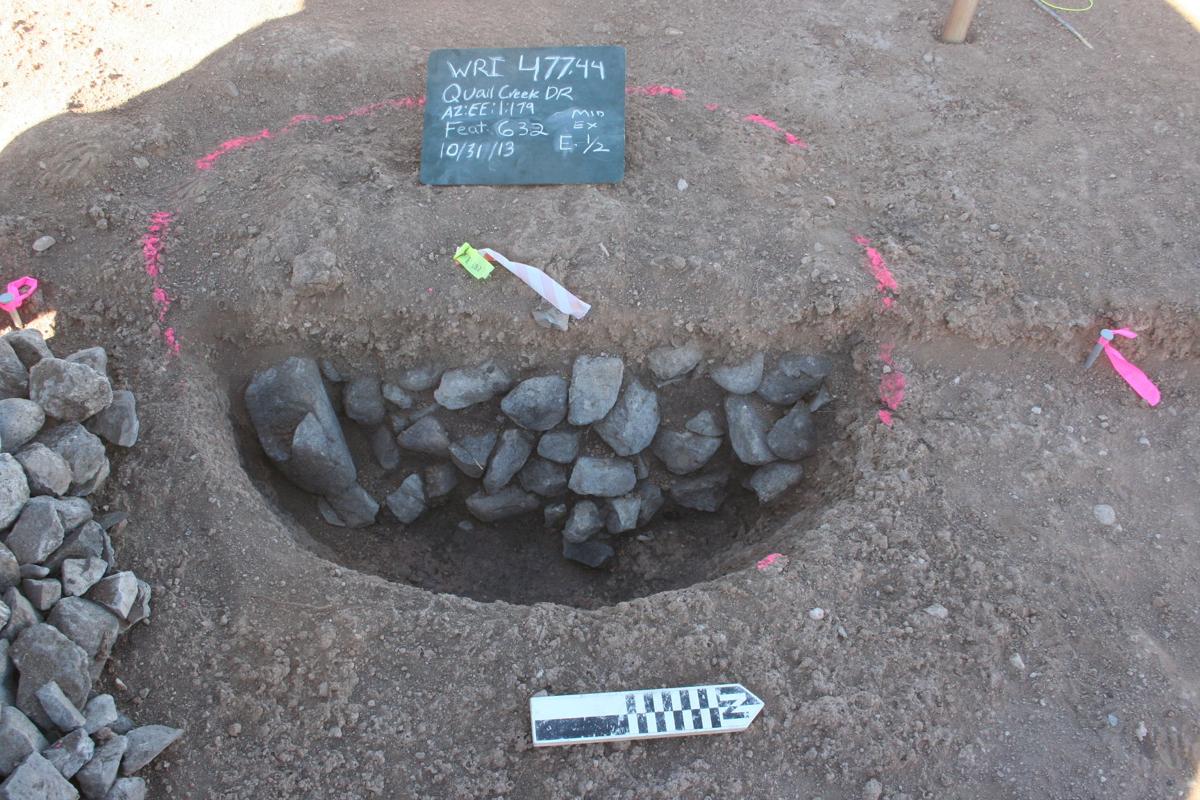 Early inhabitants roasted food out back in barbecue pits such as this one.

From the Quail Crossing archaeological site just a stone's throw from a new arts-tech building that includes a clay studio, this Rincon Red jar is an example of how long-ago area residents crafted useful items.

Early inhabitants roasted food out back in barbecue pits such as this one.

Residents of the sprawling Santa Cruz Valley who lived roughly 1,000 years ago have a lot in common with those who live here now, and a recent archaeological study in Quail Creek helps back that up.

Historians familiar with the Hohokam culture's Sedentary Period may not be as surprised by the findings of a project commissioned by Robson Communities, which owns land off Old Nogales Highway just inside the main entry that was excavated just over a year ago. Still, it's fascinating — and educational — to imagine how those who lived here before got by in often harsh conditions without modern conveniences.

A program based on findings from the two-acre dig site will be shared at Quail Creek on Nov. 24 by project field director Jeff Charest.

What's the most interesting thing he's found? That depends whether you're talking about human culture, animals, plants or what a synthesized group of data might mean.

Charest calls the soon-to-be developed spread the Quail Crossing Site because “a name is more fun than numbers” usually used by specialists, he said.

“From our perspective, it's not the most exciting, there's nothing spectacular but it's interesting nevertheless,” he said.

Back about A.D. 950 — the approximate date placed on remnants found at Quail Crossing, and near the mid-point of the Rillito-Rincon Period that spanned about 500 years — there was a hamlet of about a dozen dwellings housing 20 to 30 people, Charest said.

They grew cotton out of which they probably spun thread and made clothing; footwear could have been crafted from yucca fibers, he said. Stone piles behind their homes served as barbecue pits. They likely feasted on deer, wild turkey, rabbits and other small animals, and would have had water from the nearby river for drinking and farming.

Charest is employed by WestLand Resources in Tucson, an environmental engineering firm that performs archaeological assessments to help developments comply with preservation laws. Although the Town of Sahuarita doesn't require such evaluation before construction, Quail Creek owner Robson has paid for several digs over the past 13 years. It plans to build villas and single-family homes on the site.

“One thing the site has taught me is how much you can learn from very little,” Charest said.

Artifacts found there were donated to the Arizona State Museum at University of Arizona, where they may contribute to the understanding of Santa Cruz Valley history and how those who lived here adapted, compared to inhabitants of the broader sub-plains of Tucson, said Bill Deaver, WestLand senior archaeologist.

Sharing information about such digs is also a good way to teach and encourage present-day residents to appreciate, respect and help preserve the heritage.

“A lot of people just don't know that by picking something up, they can impact a site,” Deaver said. “With more and more seemingly innocent finds, researchers are finding fewer pieces offering clues to our predecessors.”

Data from the Quail Crossing Site indicate that, while its early residents were relatively sedentary, they were seasonal, often moving to cooler parts in summer. Sound familiar?

The site was occupied for what Charest calls “a historical blink” of fewer than 100 years. Studies indicate the people in the Santa Cruz Valley were ancestors of the Hohokam who occupied Southern Arizona as early as 2000 B.C.

The area's pre-history has long been a subject of archaeological debate, with more recent progress accomplished through a statewide salvage program supported by the Arizona Department of Transportation, David Doyel of the Arizona State Museum wrote in The Kiva, published in 1977.

Charest plans to provide an overview of the general area and kinds of sites that were here, and how people lived, not out of desperation but ingenuity.

“People might be surprised at how creative you could be if you had to make things by hand,” he said.